Is this 'world's most boring wallet' yours? Vancouver-area cops have some news and jokes for you

Police in North Vancouver are having a little bit of fun as they seek the owner of "a remarkably generic men’s wallet" found at a local mall.
0
Jun 5, 2019 10:24 AM By: Lindsay William-Ross

Police in North Vancouver are having a little bit of fun as they seek the owner of "a remarkably generic men’s wallet" found at a local mall.

North Vancouver RCMP issued a release Tuesday asking "Are you the owner of the world’s most boring wallet?" 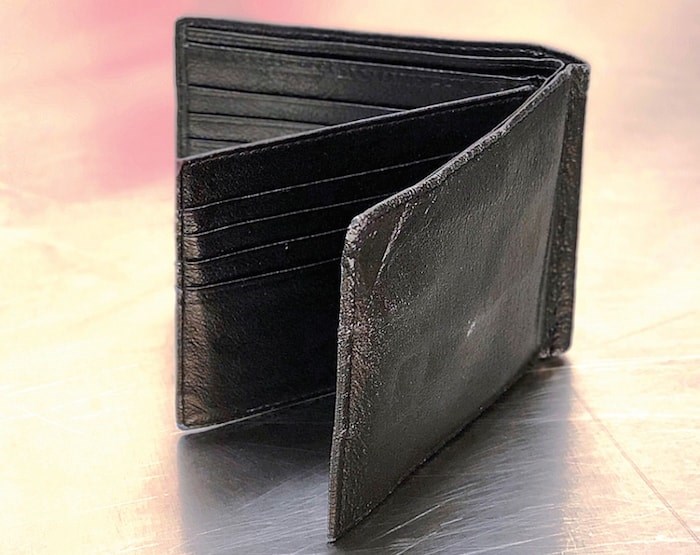 The wallet in question definitely won't win any design or style accolades, however it was turned over to police by Capilano Mall security, who found the bland accessory at about 1:30 p.m. on May 2, 2019.

The police, who are industry experts at issuing descriptions, elaborate on the wallet as follows: "It is described as black. And leather. And it folds."

Now, the more interesting part (or, "slightly less boring," as DeVries writes) is that the wallet did happen to be full of money. And someone might want that money back.

To claim your wallet, you'll have to get in touch with the North Vancouver RCMP and prove it's yours.

"And no, saying the bills all have a picture of the Queen on them will not be enough to convince us it’s yours," quips DeVries in the release.

Here's how they propose you make your claim, as stated in the RCMP release:

Anyone who wishes to claim ownership of the wallet can call Cst. Chantal Gauthier at (604) 985-1311 or contact her via email at chantal.gauthier@rcmp-grc.gc.ca.