A yoga with salmon event is happening and it's the most B.C. thing ever

The Salute to the Sockeye festival is putting on a free yoga event at the Adam River, where people can stretch in the vicinity of hundreds of thousands of sockeye salmon
0
Oct 11, 2018 9:46 AM By: Bob Kronbauer 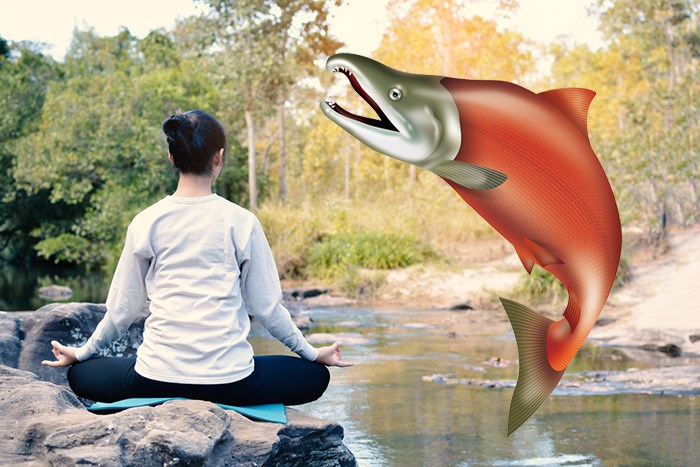 Yoga in the company of animals is a thing we've seen a lot of over the years. Yoga with owls, with pigs, with goats, with bunnies, with cats.

Now yoga with salmon is a thing.

Every four years the Adams River Salmon Society puts on an event near Sorrento called The Salute to the Sockeye. They celebrate the sockeye salmon making their return up the Fraser River and into the Adams where they finally spawn.

There are food trucks, interpretive displays, artisans, the Department of Fisheries and Oceans and the Pacific Salmon Foundation are there teaching people about the species of fish, and of course the main attraction are the hundreds of thousands of salmon that line the river.

If you're making the trip up there to view the salmon run, bring a yoga mat and check it out.