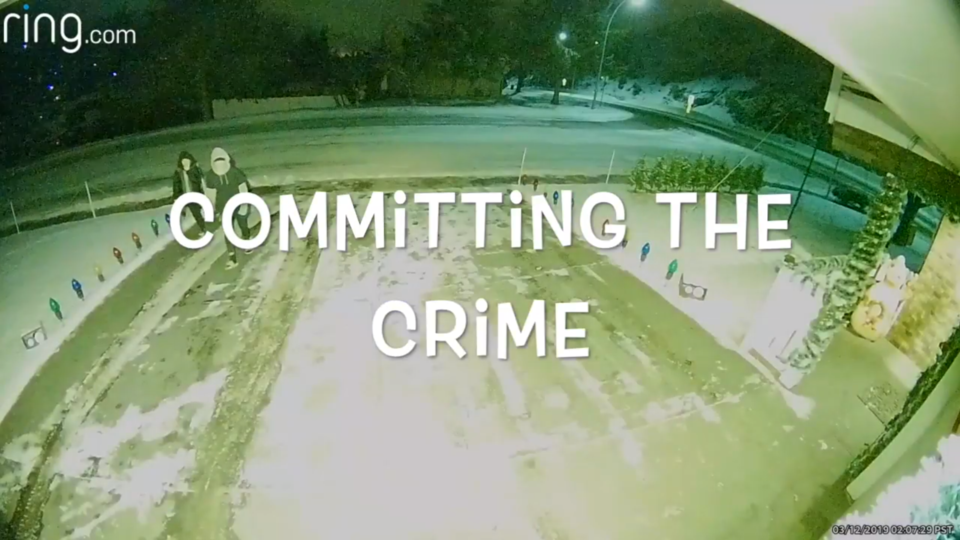 The suspects. (via Jason Peterson/YouTube)

It's not the most heinous crime, but it's a frustrating moment when Christmas lights go missing.

When it happened to Jason Peterson earlier this week, he decided to face it in a unique way. His home in Juniper Ridge, located at the corner of Qu'Appelle Boulevard and Finlay Avenue, is famous locally, as one of the most spectacularly lit-up houses in Kamloops. Among the decorations is a 20-foot animation screen.

Up until Dec. 2, it was surrounded by specialized, programmable ribbon lights.

Emphasis on it was.

Just after 2 a.m. on the morning of Dec. 3, a pair of youth were caught on camera, scoping out Peterson's driveway. They ended up making off with the aforementioned ribbon lights.

"They cut the lights off," he says. "They only took two."

The lights cost about $50 each. They're essentially useless to other people because you need a computer program to run them. Peterson spends about two months programming his entire display.

He called the police as soon as he noticed the lights were missing, and was pleased to see police taking it seriously. However, after a couple of days with no progress, he decided to go a step further this morning (Dec. 5).

"I thought about making a short, funny video to get the pictures out in the community," he tells KamloopsMatters. "My worry is they're doing that to other homes as well."

And so he did. The video takes a Grinch-y tone and uses the song "Dominic the Donkey" as a soundtrack. He also calls out one of the suspect's choice of footwear: white sandals with black socks.

Judging by the video, Peterson thinks the suspects are youth.

"They're at a good age to hopefully direct down a different path, right?" 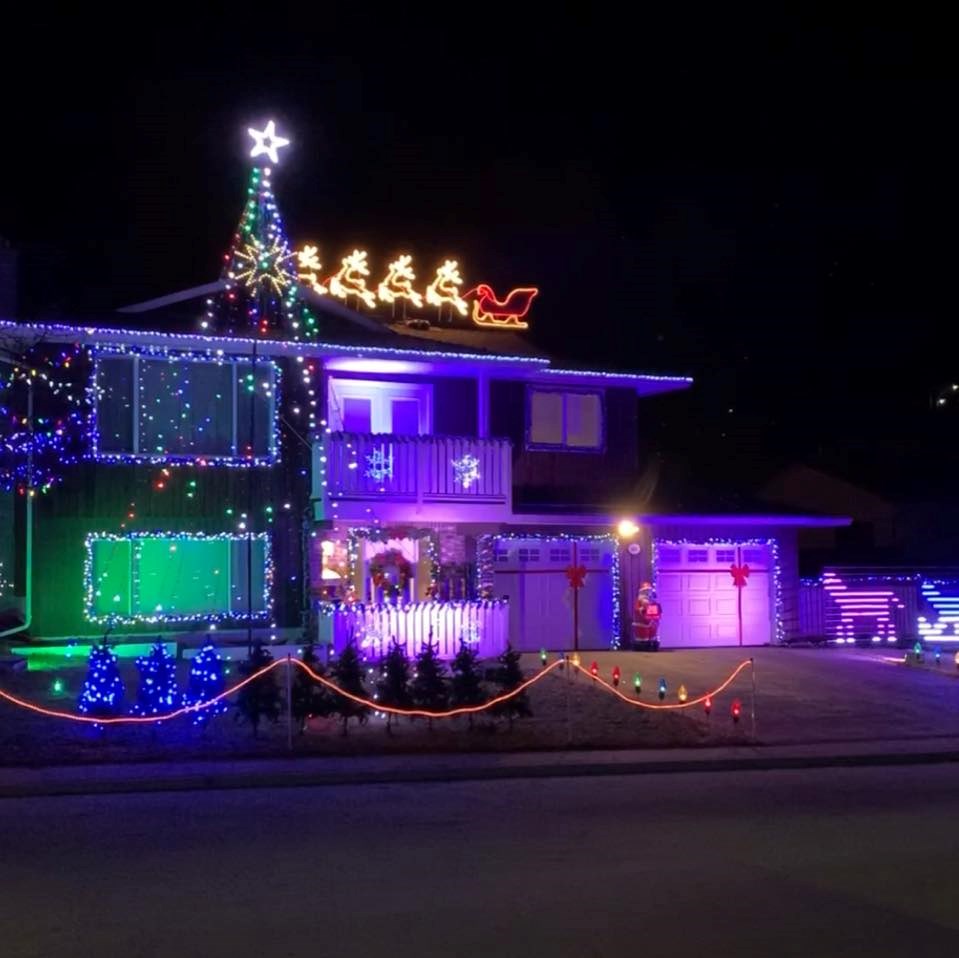 The Peterson House. (via Jason Peterson)

As a clinical counsellor and former social worker, he's not looking to be vindictive but hopes to hold the youth accountable for what they did and prevent it from happening to others. He adds the wider community on social media has voiced a similar sentiment about accountability.

The massive light display is still spectacular without the ribbon lights (he's already ordered more lights online, FYI). It includes thousands of lights, a 30-foot mega tree with 3,700 programmed lights and a radio broadcaster pumping out FM tunes to cars, on 99.5 FM.

Peterson started doing bigger displays starting in 2013, when his daughter was young. It's grown every year and draws up to 200 people a night on evenings right before Christmas.

"People could have a crappy day," he says. "But they could look at the Christmas lights and enjoy them."

A quarantined UBC student is hilariously ranking the university's meal deliveries on TikTok (VIDEO)
Sep 13, 2020 8:37 PM
Comments
We welcome your feedback and encourage you to share your thoughts. We ask that you be respectful of others and their points of view, refrain from personal attacks and stay on topic. To learn about our commenting policies and how we moderate, please read our Community Guidelines.