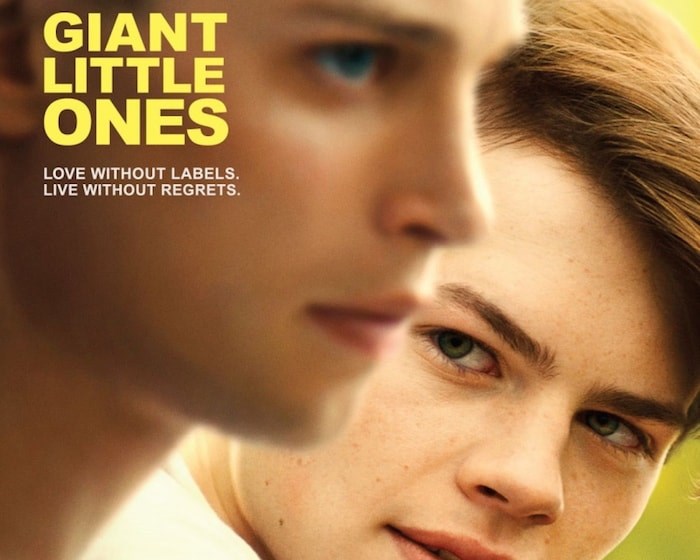 "One of the things I am most proud of with this film is that it brings a sense of relief, optimism and hope to so many who watch it,” said Behrman in a press release. “I've had teenage viewers tell me it changed their lives, one said it saved his life. I've had adults tell me through tears that the film said the things they have longed to hear their entire lives. And, because I know that this film is healing, it means everything to me to have it seen by as many people as possible.”

The film follows the story of Franky Winter (Josh Wiggins) and Ballas Kohl (Mann), best friends since childhood, who are now stars of the high school swim team — and cute — making them extremely popular with the girls. But on the night of Franky’s teenagers-gone-wild, 17th birthday party, the boys get caught in a compromising position that changes their lives forever.

Behrman insists Giant Little Ones isn’t a coming out movie, but instead describes it as a film dealing with teenage sexuality and self-identity.

Making Franky’s life even more complicated is the fact his parents are separated and his father, played by Kyle MacLachlan of Twin Peaks fame, recently left his mother, played by Taylor Hickson, for a man.

The film has been given rave reviews from some of the top critics in North America, including Rex Reed, who wrote in the New York Observer, "Giant Little Ones is that rare coming-of-age story that rises above cliché… a very fine, immaculate and nuanced film indeed.” Watch the powerful trailer here.