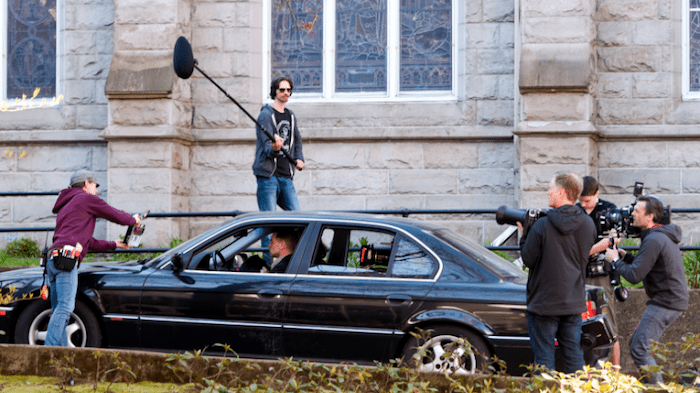 A film crew gets to work in downtown Vancouver | Chung Chow

Why it matters: More foreign productions are setting up shop on the West Coast than anywhere else in Canada

B.C. and Ontario have waged many a battle over which province claims the title of Hollywood North.

For the 2017-18 fiscal year, at least, that moniker clearly goes to the West Coast.

The volume of film and TV production in B.C. reached $3.58 billion in the last fiscal year, according to the Canadian Media Producers Association’s (CMPA) Profile 2018 report released March 28.

That’s up 20.6% from a year earlier when production volume reached $2.97 billion.

“These impressive numbers illustrate that our incredibly skilled workforce, underpinned by strong production infrastructure, have built Canada’s industry into one of the world’s foremost production sectors,” CMPA president and CEO Reynolds Mastin said in a statement.

“However, the numbers show there are clouds forming on the horizon, which require attention if we are to strive for a balanced sector, where Canadian and international productions reinforce one another, and where there is opportunity for Canadian stories to thrive in the digital era.”

Mastin’s remarks refer to the drop in domestic film and TV productions last year, which fell 8.8% year over year from $3.3 billion to $3.04 billion.

The jump was even more pronounced in B.C., with foreign production volume increasing 31.5% to $3.04 billion.

B.C. was the favoured destination for foreign productions, accounting for 63.7% of foreign business last year.

In all, the province accounted for 40% of all film and TV production in Canada.