A B.C. scavenger hunt for a $150,000 solid gold skull was won by a Dairy Queen employee 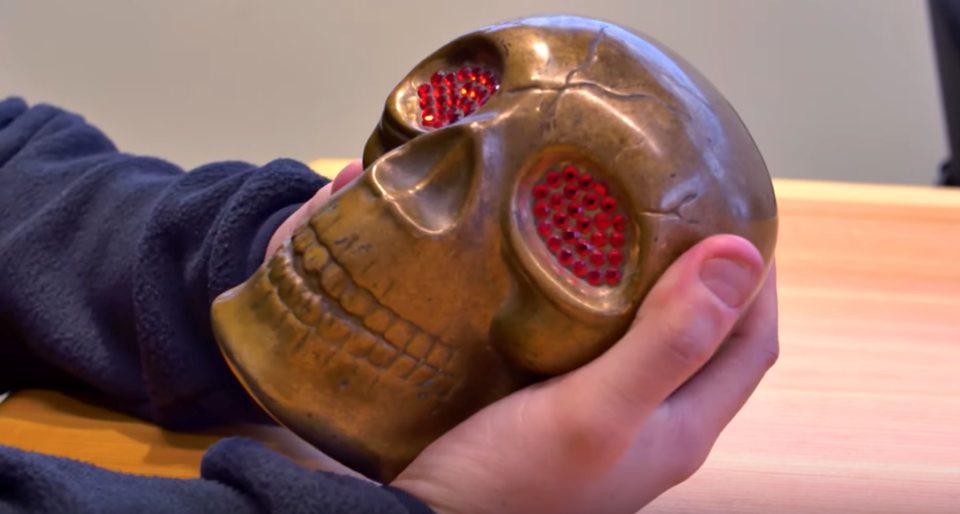 A replica of the famed Golden Skull is under lock and key. Screengrab

Our history show BC Was Awesome has taken us on some wild chases for stories over three seasons.

The one below is about the famed golden skull scavenger hunt that took place in Kamloops, which is known as the "treasure hunt capital" of the province..

In this particular one that launched in the 90s, a man named Mike Ritcey decided it would be fun to make a map with an insane amount of difficult clues that would eventually lead to a solid gold, jewel-encrusted skull.

You could buy his maps for a few bucks, and they would post hints in the local newspaper to make it a little easier.

After six whole years someone finally found the thing! An employee of Dairy Queen at the time, they wouldn't do an interview with us because they've been hounded by obsessive treasure hunters over the years.

We did, however, get to sit down with an eccentric dude who goes by the name of Thunder Bear. He searched for the thing for the entire six years.

And we spoke to the guy who organized the whole thing, then went on a scavenger hunt in the area.

Enjoy this episode below and watch all 30 of them HERE.