Have you spotted this man picking up garbage along B.C. highways? (VIDEO)

Andy Sward has pledged to pick up 1 million bottles, cans and cups from roads, trails and parks across Canada
Nov 6, 2020 7:34 PM By: Megan Lalonde 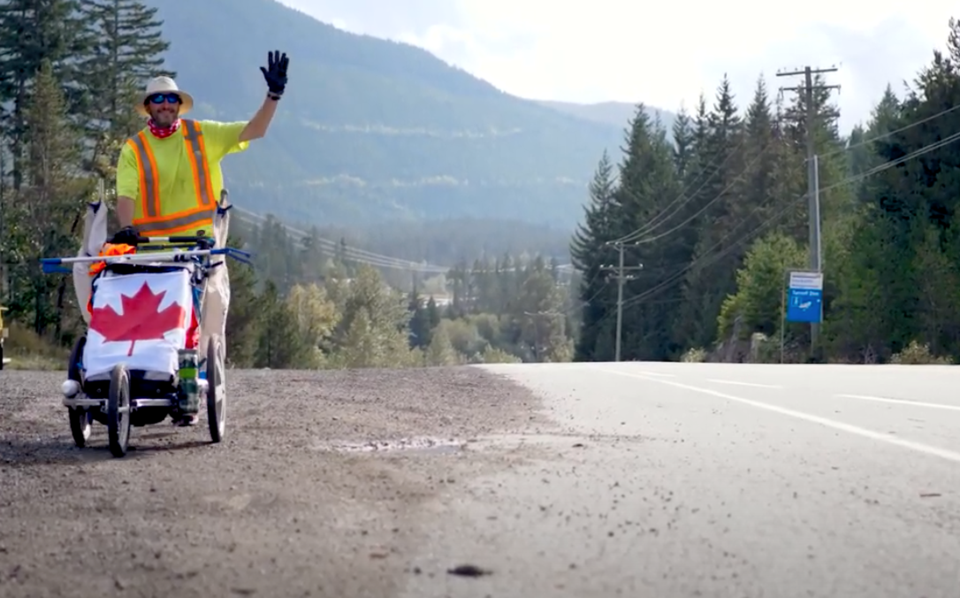 If you've driven through the Sea to Sky corridor in recent months, you may have noticed a man dressed in high-vis gear, pushing a cart along the shoulder and picking up litter along the way.

That was likely Andy Sward, a Coquitlam resident who made a pledge to pick up 1 million cans, bottles and beverage cups from roads, trails and parks across Canada in his lifetime.

Whistler-based Shaw Spotlight (@shawspotlight) producer Sarah Smith caught up with Sward between Whistler and Pemberton, where he was continuing his years-long, cross-Canada efforts this fall. Due to the pandemic, Sward has largely concentrated those efforts on B.C. this year, including the Sea to Sky Highway. He started out this leg of his journey in Coquitlam, travelling through Squamish, Whistler and Pemberton before turning around in Mount Currie. As of Oct. 20, he's reportedly picked up a total of 124,539 bottles, cans and cups.

"The naysayers may say what I'm doing is a drop in the bucket; I like to think more positive in that it's a little bit inspiring when somebody does see me cleaning up their local neighbourhood, then that gives me a little hope that we're headed in the right direction," he told Smith.

"We have a beautiful country, when you think about all of the rivers, and the lakes and the mountains, and I think it's our responsibility—our duty, really—to protect those resources and keep the country beautiful."

Check out the video below.