Nine years after her death, Eva Markvoort’s story lives on

65_RedRoses would also become the name of an award-winning documentary about Markvoort’s journey from CF warrior to double-lung transplant recipient.
Aug 22, 2019 2:14 PM By: Vancouver Courier 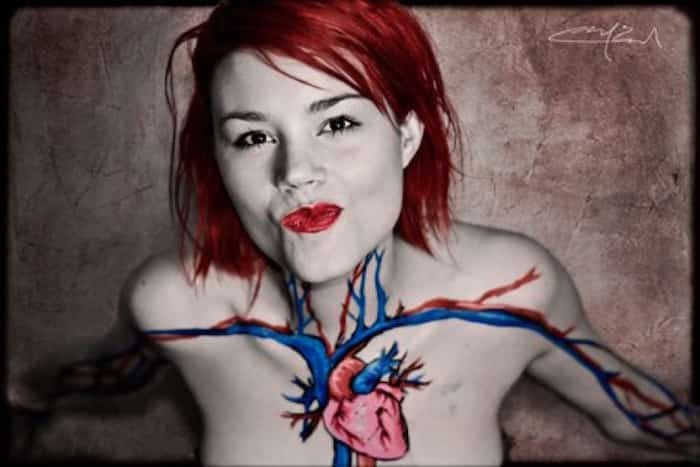 Eva Markvoort was a little kid when she was diagnosed with cystic fibrosis, and she couldn’t pronounce it properly. But she could handle the close approximation “65 roses” — and so that’s what she called it for years.

In her early 20s, Markvoort was eager to interact with other CF patients online. She combined her childhood mispronunciation with her favourite colour to create her LiveJournal username: 65_RedRoses.

65_RedRoses would also become the name of an award-winning documentary about Markvoort’s journey from CF warrior to double-lung transplant recipient and, ultimately, to chronic rejection and her death in 2010 at 25 years old.

The film — which was directed by Nimisha Mukerji and Philip Lyall and launched Oprah Winfrey’s Doc Club in 2011 — positioned its flame-haired protagonist as a beacon of hope and an example of a short life well lived. On Sept. 8, nearly 10 years to the day of its film festival premiere, 65_RedRoses will screen once more, this time at the Vancouver Playhouse as part of a gala anniversary fundraiser for the Transplant Research Foundation of B.C.

When filming began in 2007, Markvoort was in severe pain. Cystic fibrosis is an inherited disorder that causes severe damage to the lungs and other organs, and Markvoort’s lungs were constantly filling with mucus. She’d put her university studies on hold to seek treatment in hospital. She was on the waiting list for a double-lung transplant, and carried a pager 24/7 that she hoped would beep with the good news that an operation was hours away. 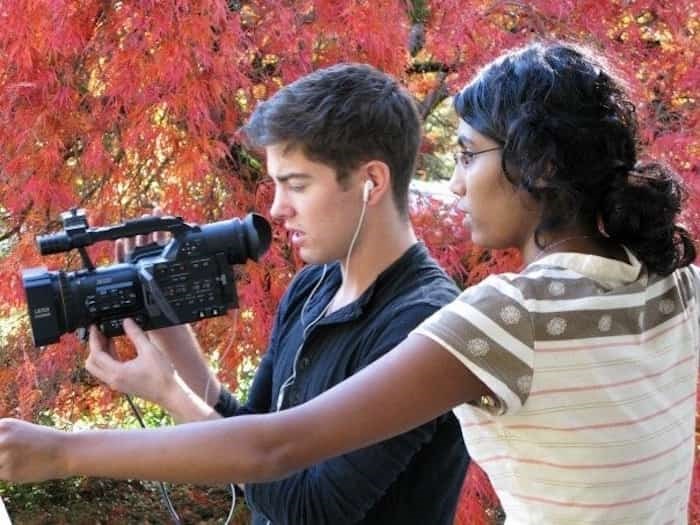 Despite these significant health challenges, Markvoort radiated resolve, even joy. She was determined to live and to improve the lives of her fellow CF patients. She recognized the value in sharing her story, and she began to do so on her 65_RedRoses blog.

“She was so ahead of her time,” says Mukerji. “She was blogging and documenting her journey online in 2007. This idea of online relationships wasn’t commonplace. She understood the power of the internet.”

Lyall and Mukerji were recent grads from UBC’s film production program; Lyall and Markvoort had known each other in theatre school.

“We would visit Eva when she was in St Paul’s, and obviously she’s an amazing, interesting person, and we thought, ‘Let’s just start documenting her as she waits for her transplant,’” says Lyall.

Markvoort leapt at the opportunity to share her story in documentary form, and she became more collaborator than subject.

The trio bonded in part because of their age, says Mukerji. “She could have told her story to anyone, but I think she trusted us and understood who we were as new filmmakers who were really passionate and wanted to make this film.”

Lyall and Mukerji were on hand when Markvoort’s pager finally beeped, and were invited by thoracic surgeon Dr. John Yee to film the lung transplant operation.

“Dr. Yee said, ‘I wish people could be in the room and see what happens when you take this organ and put it into somebody else and it immediately breathes life into them,” says Mukerji. “Few people get to see that, and yet it’s so powerful, and so he advocated on our behalf to make sure we got in there.”

65_RedRoses screened in 2009 at Hot Docs and won a slew of awards at the Vancouver International Film Festival, including most popular Canadian film and documentary.

It debuted on television on CBC’s The Passionate Eye before making waves on OWN, and wherever it aired, audiences responded enthusiastically. B.C. Transplant saw organ donation rates triple in the year following 65_RedRoses’ release. 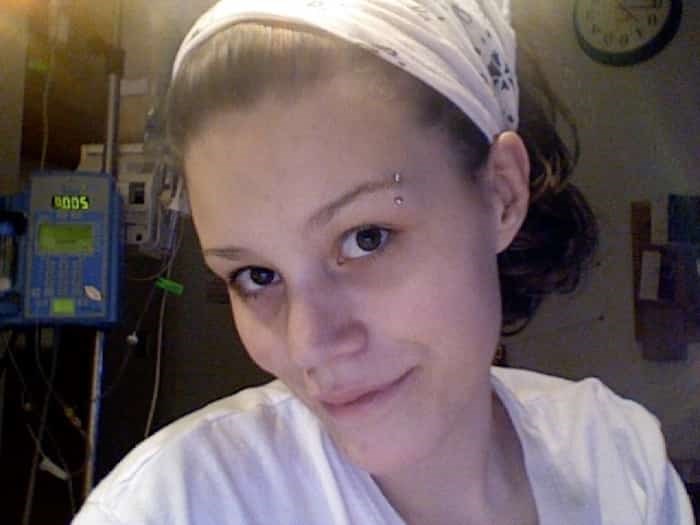 “Eva knew her time was shorter than the rest of us, and so she maximized her time,” says director Philip Lyall. “She lived every moment fully, and this movie is about being in the moment, living in the moment and loving deeply.” Photo Bill Markvoort

“Eva knew her time was shorter than the rest of us, and so she maximized her time,” says Lyall. “She lived every moment fully, and this movie is about being in the moment, living in the moment and loving deeply.”

The Sept. 8 event will be emceed by radio host Jonny Staub and feature a post-screening Q&A and a very special musical guest.

“Eva put everything into this movie, and this movie is Eva,” says Mukerji. “Ten years later, the best way to meet Eva and to understand her impact is to see the film. Eva is still bringing everyone together.”