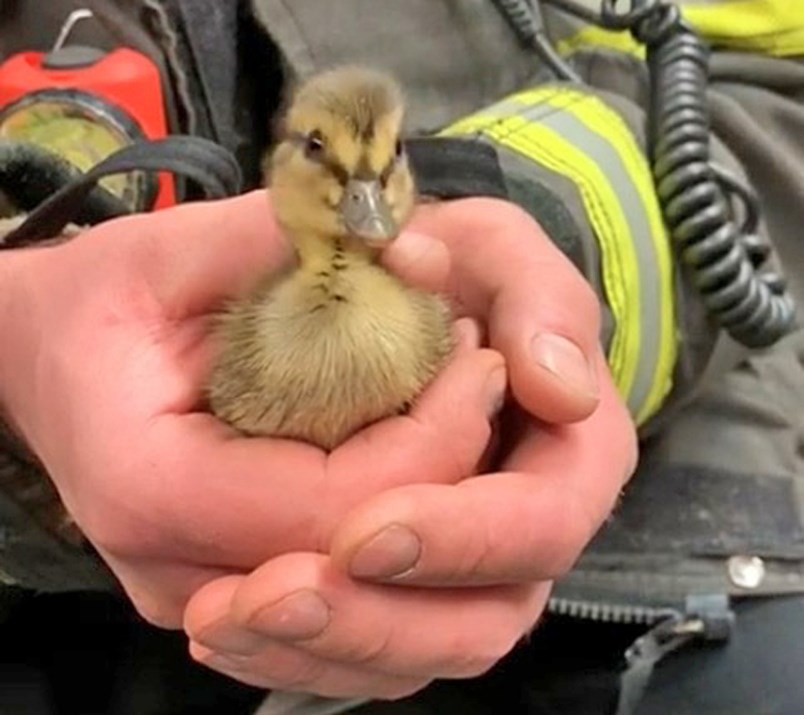 A brood of little birdies can count themselves lucky ducks after being rescued in a daring highway excursion last night.

Emergency first responders were dispatched to a public assistant call after 8 p.m. with reports that a number of ducklings were trapped on Highway 1 and had slipped into a storm drain near Westview Shopping Centre west of the overpass.

The city fire department arrived shortly thereafter, along with police who shut down a westbound lane of traffic on the highway to make it safe for firefighters to get to the storm drain.

While firefighters were able to reach in and rescue a number of ducklings with ease, some of them started swimming down the drain pipe in their panic, according to Payne. But it was the brothers and sisters of the young ducks that eventually called their siblings back to safety.

All eight ducklings were eventually rescued and were deemed to be in good health, he said.

Because the brood was now orphaned, first responders contacted the animal hospital on Capilano Road who then put them in touch with the SPCA, who came and collected the ducklings later that evening.