This video of a 'Paw Patrol' mascot losing its head in B.C. has gone viral

A short clip of an awkward interaction in Kamloops is making its way through the internet.
0
May 15, 2019 3:03 PM By: Brendan Kergin

A short clip of an awkward interaction in Kamloops is making its way through the internet.

The clip is of a young boy meeting some of the "Paw Patrol" characters in Kamloops. As he goes to hug the character "Rocky" the mascots head rolls off, revealing the young woman inside. 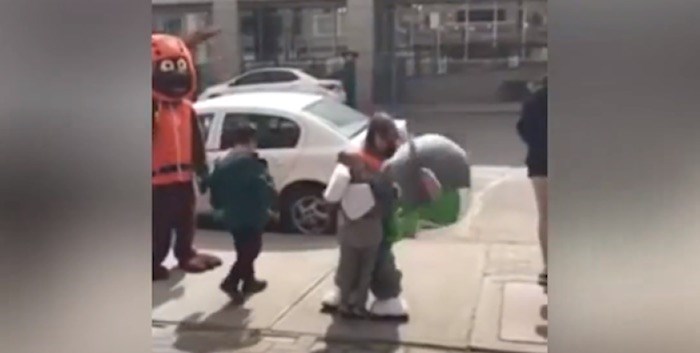 In longer versions of the clip, the boy's father can be heard joking that he'll be "traumatized" by the event.

The clip has been shared on sites like the Daily Mail UK, Yahoo! and In The Know by AOL where it's been viewed a couple hundred thousand times so far.