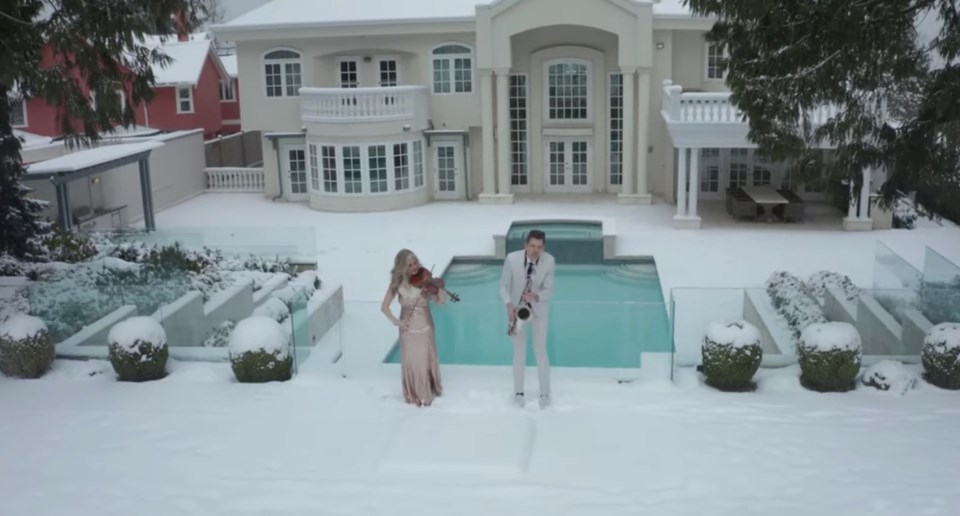 The Vancouver musical artists who perform under the name SaxAndViolin have released a new music video to accompany their album of love songs that came out today.

The group is a husband and wife duo, with husband Eli Bennett on tenor saxophone and wife Rosemary Siemens on violin.

The video (below) for their version of Dolly Parton's "I Will Always Love You", which you might know better as a Whitney Houston song, was filmed at a Point Grey mansion during the last big snow storm in Vancouver.

In an email Eli (sax) told Vancouver Is Awesome that the mansion featured belongs to one of the pair's "dear friends".

They had initially planned to shoot the video in the home but when the snow started to fall they decided to take it outside and shoot in that rare beauty instead.

The album is available to buy on a number of platforms HERE.