There's a good chance that sometime between this Wednesday, June 28th and the end of September you're going to find yourself underneath the Cambie Street bridge, in awe of what you're seeing.

There's a good chance that sometime between this Wednesday, June 28th and the end of September you're going to find yourself underneath the Cambie Street bridge, in awe of what you're seeing. Maybe you'll be on your bicycle or walking the seawall or maybe a friend will tell you about the most incredible thing they spotted there and encourage you to make a point of heading down. Regardless of how you end up there I can tell you with absolute certainty that it'll be the coolest thing you'll see this summer.

It's called Uninterrupted and in a nutshell it's a FREE, nightly (5 days a week) audio visual spectacle that's being projected onto the underside of the bridge by way of 8 projectors. 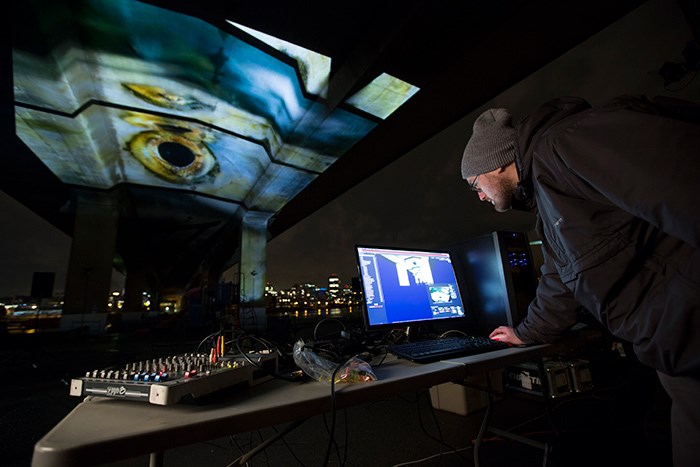 It's been 7 years in the making, and Uninterrupted's director Nettie Wild describes it as "A cinematic spectacle that seeks to bring the heart of a river into the heart of the city.". This is the same director who brought us the film Koneline which I raved about last year, and if I was a fan of that then I am a screaming superfan of this. Wild has brought together a team to deliver one of British Columbia's most important natural wonders: spawning salmon.

The filmmaker witnessed the Adams River sockeye run of 2010 in Roderick Haig-Brown Park near Salmon Arm. If you remember, this was the largest return in 100 years, and she cites the experience - her first ever salmon run - as the project's nucleus. "I've never been so moved as I was standing on the edge of that river. I just thought 'something in the world is going right'." She saw it not only as a natural beauty but also as a colossal piece of abstract art. Wanting to share its wonder with everyone, she set about bringing together a team to make it happen as well as the funders to help bring it to reality. Both of those teams fell into place and somewhere along the line she found the perfect venue while cycling under the Cambie Bridge. 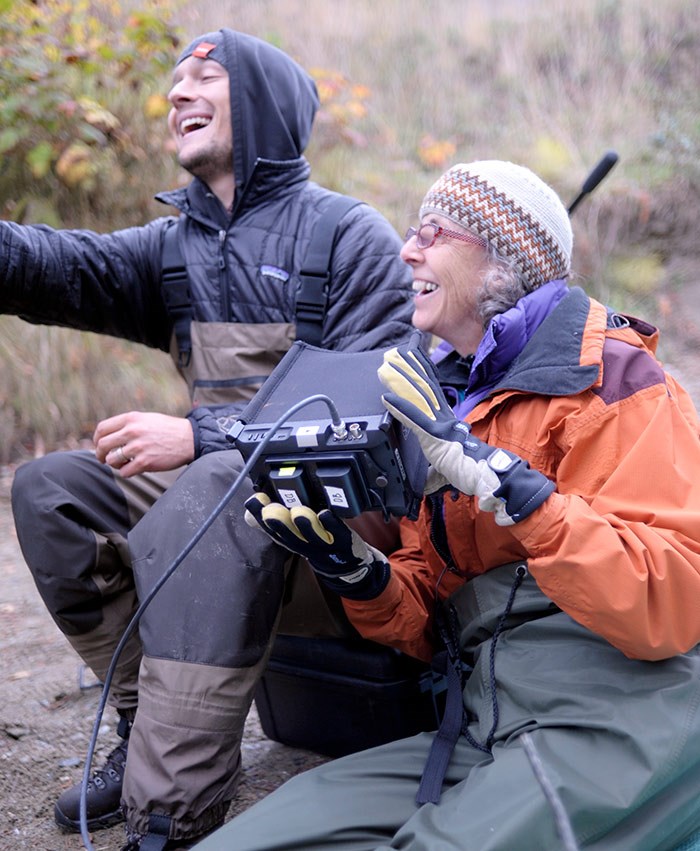 The overarching message is an environmental one, but it's not a blunt instrument hitting us over the head. Says Nettie, "Art in these controversial times can be fun and cool and exciting, and so can activism. Uninterrupted isn't about finger wagging" noting that people can get weary and overwhelmed with activism that invokes fear and frustration around issues. While she notes that it's warranted, she also says that there needs to be "a lot of voices in the choir". Uninterrupted's voice is a beautiful one which ultimately encourages conservation. Do not miss it this summer.