#YVRShoots - Kokanee's The Movie Out Here in Theatres Next Friday

In the third year of this series, expect me to photograph and write about more of the film and TV productions which showcase our city and sometimes put a celebrity actor or two in the frame.
Susan Gittins Feb 22, 2013 12:49 PM

Kokanee's The Movie Out Here hits theatres next Friday. It's a B.C. version of Hot Tub Time Machine meets Old School populated with your favourite characters from the beer commercials like the Sasquatch, Kokanee Ranger and Glacier Girls plus a new buddy ranger duo Glacier and Fresh. Robin Nielsen, Viv Leacock and James Wallis co-star in the movie as old friends who band together to fight a land developer in the ski town of Fernie as itself. I met the Kokanee Ranger and his successors Glacier and Fresh and interviewed Nielsen and Leacock on set at Alouette Lake (before the two-week Fernie shoot) while crew filmed Wallis watching Glacier Girls change bikini tops on the beach for a Kokanee commercial within the movie.

Publicists for The Movie Out Here (working title Big Hairy Movie) lured us out with the promise of meeting Kokanee's world-famous Sasquatch, who had his own VIP trailer. I looked and looked but only spotted a sports celebrity in Sasquatch costume in the bushes headed to the Kokanee commercial within the movie. 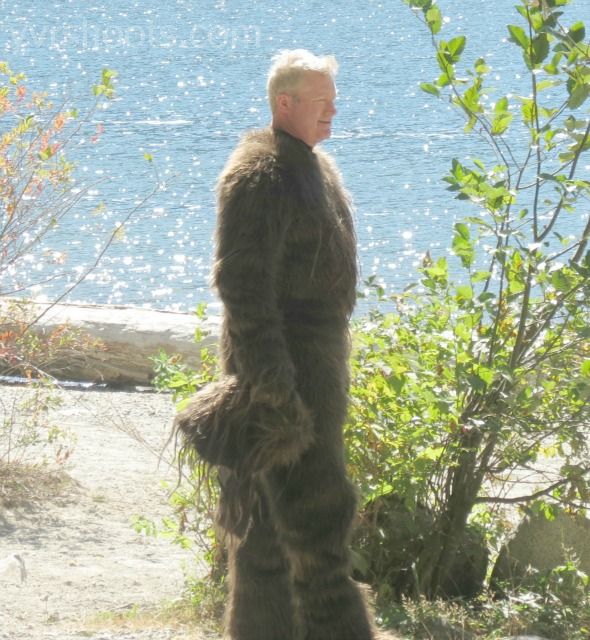 Behind the camera crew stood the late Kokanee Ranger, played by John Novak, who hunted the Sasquatch solo for years, then recruited Glacier Girls to help him catch the big hairy Kokanee beer thief , only to be killed off in 2008 in a commercial parodying the last few minutes of The Sopranos finale.

His Kokanee Ranger replacements are Glacier and Fresh, a Starsky and Hutch-type pair who beat out other candidates -- skier Cory, day trader Michael Baystreet, Ma Ranger, Beer Fridge 2.0  and runnerup Glacier Goat-- in Live Auditions voted on by fans. 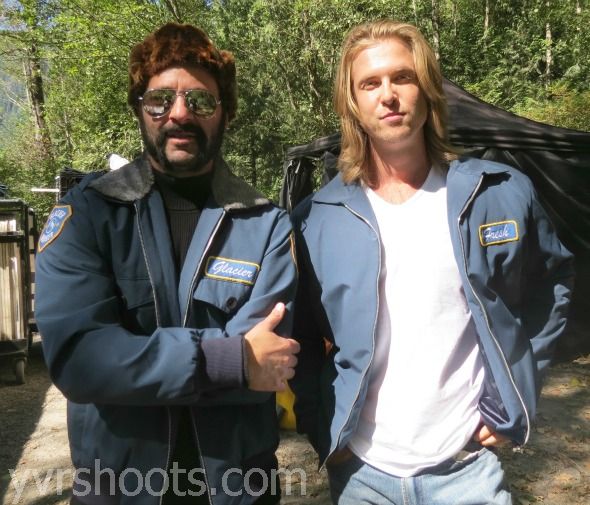 The Movie Out Here is a  play on Kokanee's It's the Beer Out Here slogan. 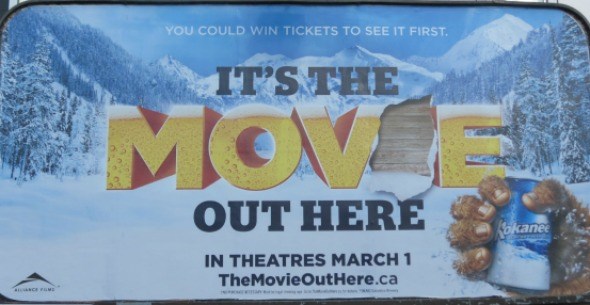 A Kokanee beer truck on the beach for the Kokanee commercial within the movie.

Look for The Movie Out Here in theatres next Friday, March 1st.