This series had its genesis when I began photographing Vancouver area location shoots in the summer of 2010 to get over a long post-Olympics funk.
Susan Gittins May 11, 2012 3:35 PM

After months of construction, dark fantasy movie The Seventh Son started filming this week on its gigantic castle set on the gravel field at Boundary and Kent in Vancouver, known as the Kent Hangar field.  A set so big that @tessacpliu tweeted on a drive-by: "Holy! HUGE production #SeventhSon bus drove by to see the whole sizzle! Wow! Blue screen too! #yvrshoots."

In addition to the vast wooden set, I counted eight generators, several giant blue screens attached to a wall of forty-two stacked shipping  containers on the north side (crew had turned one of the bottom containers into a makeshift props department) and several more giant blue screens attached to a smaller wall of stacked shipping containers on the south side. Crew park, tents, craft services for background performers both human and equine, trailers, trucks and a large steel pool took up most of the remaining space.

Unfortunately, I could only a see a sliver of the filming on Monday afternoon through a gap in the blue screens, revealing an interior market with background performers dressed in medieval garb and real horses tethered to wood railings. Main cast must have been on set, judging by the waiting "star cars", but the actors were being driven to and from their trailers in the southeast corner of Kent Hangar field to the north entrance to the castle set unseen. 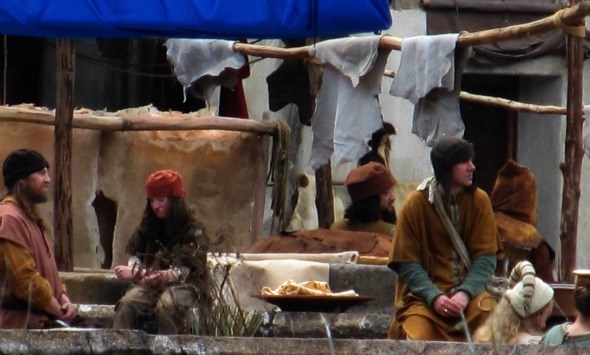 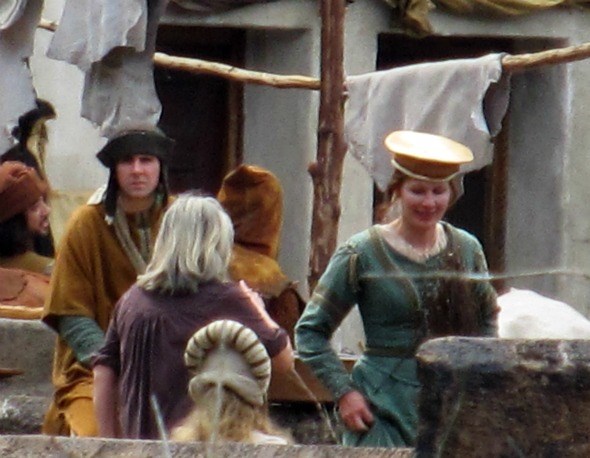 The Seventh Son, which began filming in Vancouver on March 19th, is about an apprentice Tom (Ben Barnes) -- the seventh son of a seventh son -- to the County Spook (Jeff Bridges) who has imprisoned an evil witch Mother Malkin (Julianne Moore). A young girl tricks Tom into helping the witch escape. The movie is based on the first book in  The Wardstone Chronicles, giving it franchise potential and perhaps explaining why The Seventh Son production signs TUSK have been spotted everywhere from the Britannia Mines near Squamish to the Watchmen set to this mega medieval castle set at Kent Hangar field.

'While it's difficult to capture the scale of this production in photographs, below is the view from Boundary Road during filming and from the Fraser River path of the back of the set before filming began.

Maybe it's best to convey the scale of this productions with some photographs of the waves of background performers in medieval garb streaming from a lunch break back onto set. 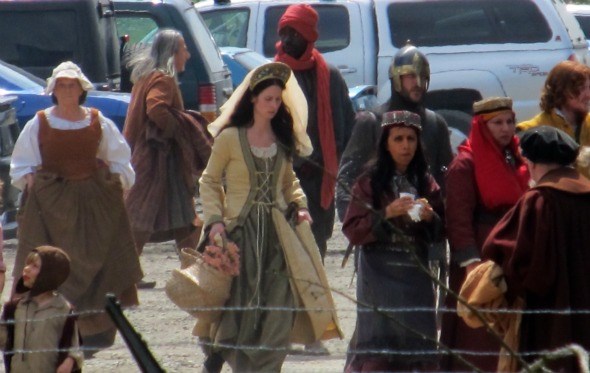 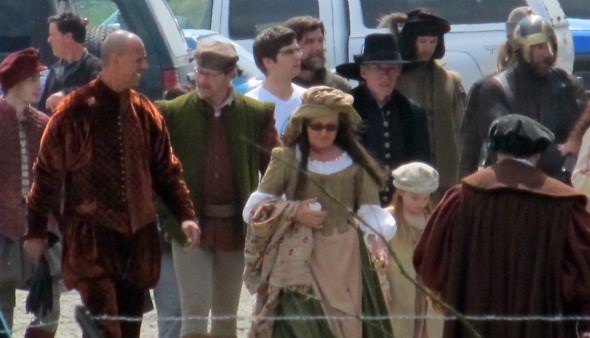 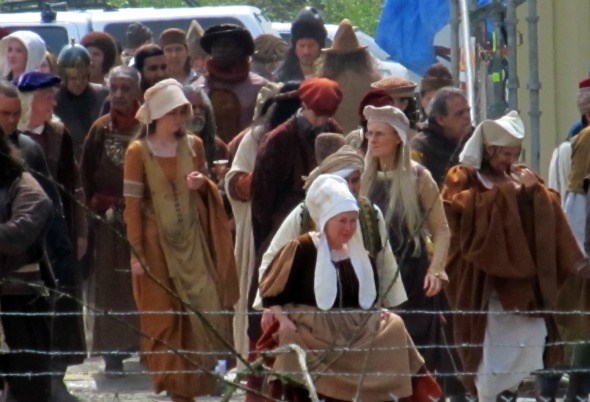 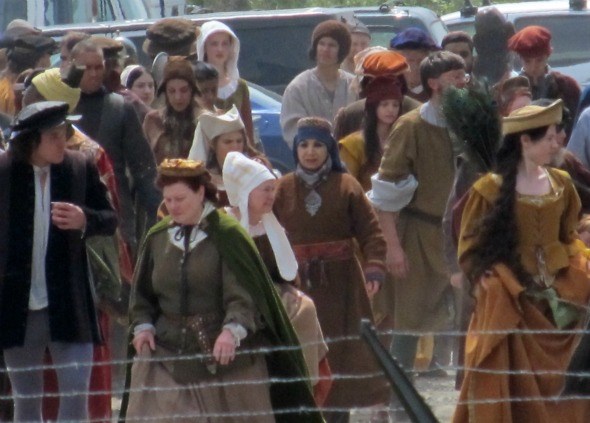 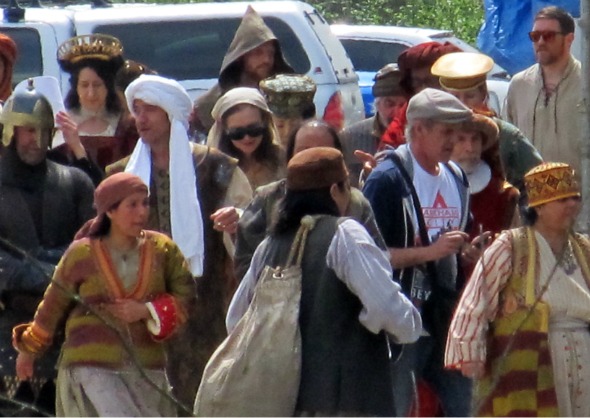 I omitted a photo of a background performer who looked a little like Ben Barnes going in the opposite direction because Ben Barnes fans assure me it is not him because they "know every inch of his face". I believe them.

Below is a photograph of the equine performers on their own lunch break near the Fraser River Path. 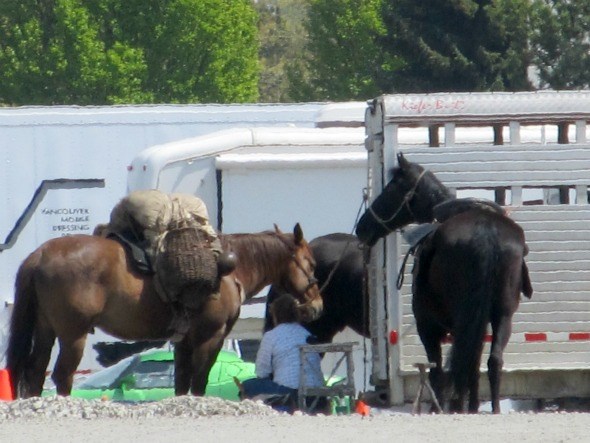 And of the steel pool on the west side near the hangar where underwater scenes are filmed with underwater cameras, divers and green screens for CGI. 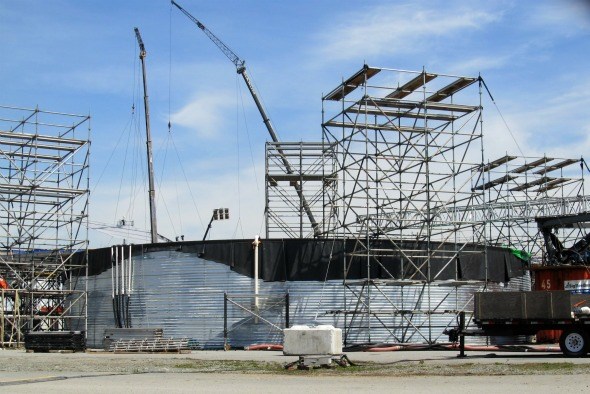 The Seventh Son is expected in theatres in 2013.