In the third year of this series, expect me to photograph and write about more of the film and TV productions which showcase our city and sometimes put a celebrity actor or two in the frame.
Susan Gittins Apr 25, 2013 12:48 PM

How do you survive in a frozen world? The next ice age forces humans underground in Canadian sci-fi thriller The Colony, which opens nationwide tomorrow. Directed by Vancouver's own Jeff Renfroe, The Colony explores what happens when hunger and desperation below an icy surface lead to the kind of savage, animalistic behaviour we've seen shades of in real-word disasters like Hurricane Katrina.

Reluctant hero Sam (Kevin Segers) accompanies Colony 7's leader Briggs (Laurence Fishburne) on an expedition to the only other known outpost Colony 5 after receiving a distress call. Briggs leaves his below-ground colony at the mercy of hardass Mason (Bill Paxton) who's itching to impose his own harsh regime where the sick are executed at the first sign of illness. "You're a dick," yelled a woman beside me at an advance screening. Deservedly so. But what the expedition find at Colony 5 is so much worse than Mason: wild, feral survivors who've lost their humanity completely.

How do you film a frozen world? Jeff Renfroe shot his $16 million feature in twenty-eight days in North Bay and Toronto, Ontario. On the first day of filming outside in North Bay, crew battled -30 temperatures which froze the camera lenses. Watching them fight the cold and pull it off, Bill Paxton dubbed the Colony crew "film animals". Laurence Fishburne called another North Bay shoot the toughest location he'd ever seen. Weren't you in Apocalypse Now?, Renfroe reminded the actor. Yes, Fishburne replied, but North Bay still ranked as his toughest. The frozen surface is almost all VFX. Colony crew shovelled snow into an airplane hangar, surrounded the set with green screens and shot through an open doorway. 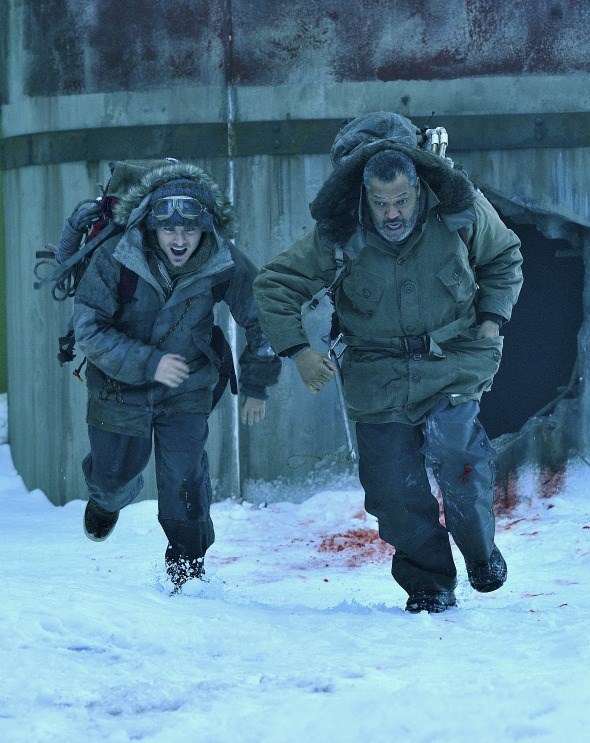 Kevin Zegers and Laurence Fishburne in The Colony. Courtesy of EOne Films. 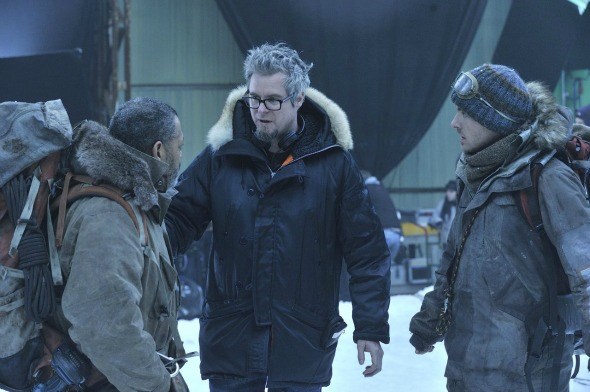 The underground scenes are two locations cut together. The Colony crew were the first civilians to bring cameras into the recently-decommissioned circa-Cold War NORAD army base in North Bay, known as "The Hole". Located 60 stories underground with a 2 kilometre-long tunnel. Built to withstand a blast 267 times greater than Hiroshima. Capable of sheltering 400 people with their own water and power for a month. "It set the mood," Renfroe told me. "You could feel the giant weight above us." He intercut NORAD scenes with those from a three-week shoot at a one-kilometre-long coal plant on the Toronto waterfront.  "Turn a corner at NORAD and you're in the coal plant," Renfroe explains. 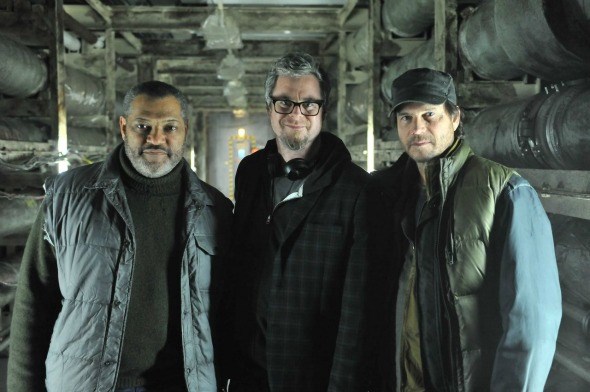 Don't be put off by yet another film about a bleak post-apocalyptic future. Jeff Renfroe believes in entertaining his audience above all and had us shouting at the screen when the Big Bads threatened our heroes. 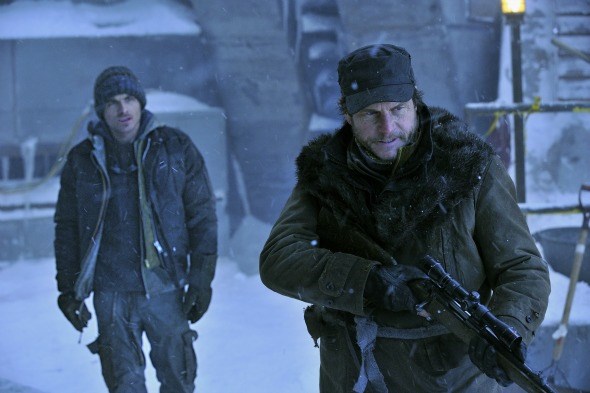 Kevin Zegers and Bill Paxton in The Colony. Courtesy of EOne Films.

I won't spoil more than I already have, but after you see The Colony check out feral leader Dru Viergever on imdb.com.

Add a little romance for orphaned Sam (Kevin Segers) with keeper-of-the-seeds-vault Kai (Rookie Blue's Charlotte Sullivan) plus some hope for our ragtag survivors at the end and you have the recipe for a trilogy. Possibly a prequel and a sequel, Renfroe says. 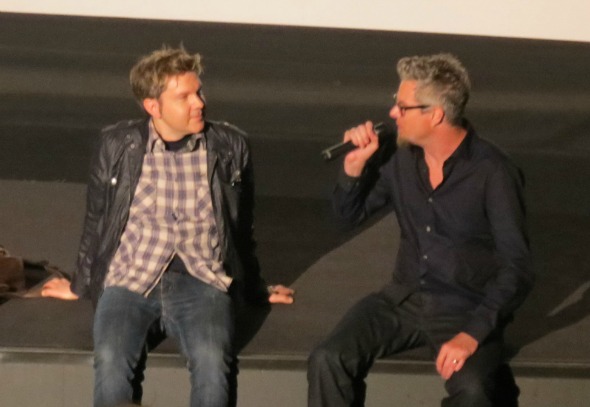 But that's in the future. Renfroe's next project is a reboot of Alfred Hitchock's The 39 Steps set in Washington, D.C. 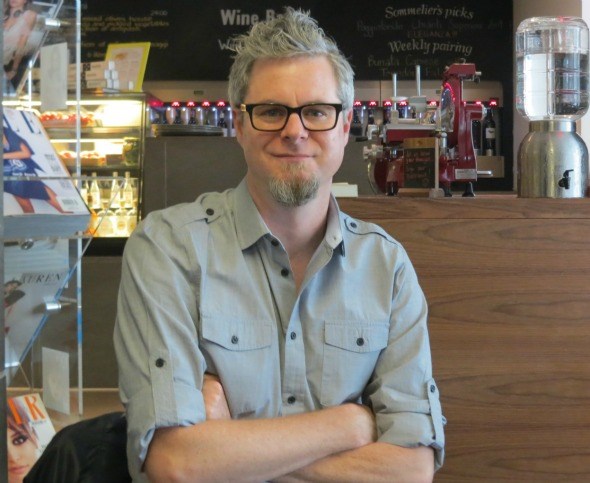