In the third year of this series, expect me to photograph and write about more of the film and TV productions which showcase our city and sometimes put a celebrity actor or two in the frame.
Susan Gittins Apr 12, 2013 8:48 AM

Jesse James Miller's feature film Becoming Redwood is rooted in some of his own experiences: his love of golf which led him to turn pro at the age of 19 and hero-worship Jack Nicklaus's six green-jacket wins at The Masters golf tournament; his hippie father's flight to Canada as a conscientious objector to the Vietnam War; and the shuttle back and forth between his parents after their divorce. But Miller never dreamed as a young boy that his parents would reunite if he beat Jack Nicklaus at the Masters, as 10-year-old Redwood Forest Hanson (Ryan Grantham) does in the Vancouver writer-director's endearing film.

Becoming Redwood opens in Vancouver today at the Cineplex International Village, one day after the 77th Masters got underway in Augusta, Georgia, with the legendary Jack Nicklaus. who's won the tournament more than any other golfer, as an honourary starter.

The Story: In 1969, two-year-old Redwood watches helpless from the backseat of a Volkswagen van as his mother Jade (Miller's wife Jennifer Copping) leaves his draft-dodging father Ethan (Chad Willett) at the Canadian border. Eight years later, his  father is arrested for dope dealing in B.C. and golf-obsessed long-haired Redwood (Ryan Grantham) must return to the U.S. to  live with his mother, her two teen sons (Tyler Johnson and Todd Potter), her red-neck husband Arnold (Derek Hamilton) and Arnold's basement-dwelling elderly father Earl (Scott Hylands) in northern California. How to deal with all this trauma? Redwood imagines beating the "Golden Bear", aka  Jack Nicklaus, at the Masters will solve all his problems. Or as the movie's poster puts it: When the Going Gets Tough, the Tough Turn Pro. 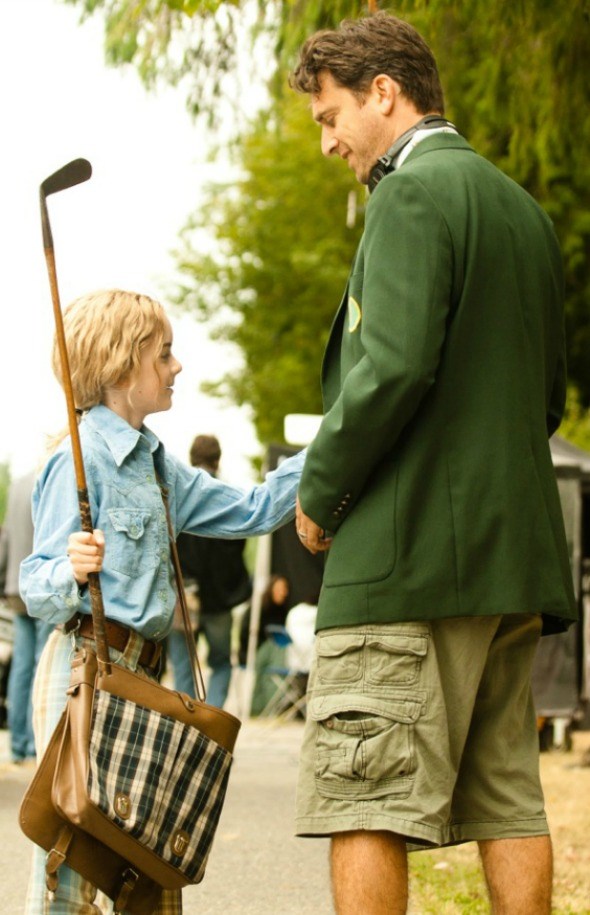 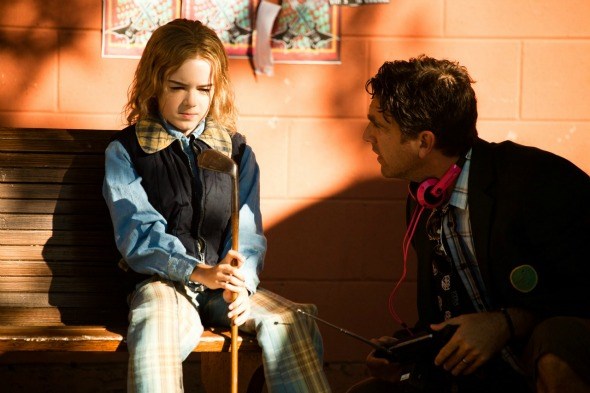 Vancouver born-and-raised Jesse James Miller filmed his movie in rural Langley for twenty-four days in the late spring of 2011. Everything went smoothly until the big driving scene of Redwood and his mother in a truck heading back to B.C. to visit his father in jail. Some time during the filming of two-and-a-half pages of dialogue, the process trailer (car rig) ran out of gas in Fort Langley. Lesson learned. Next time, Miller will write less dialogue for driving scenes.

Fortunately,Miller, 42,  had no trouble with the Volkswagen van used in the prologue. He actually grew up in one of these, with a wooden house built on a deck at the back by his  Dad, who earned a living as a teacher not a pot dealer. 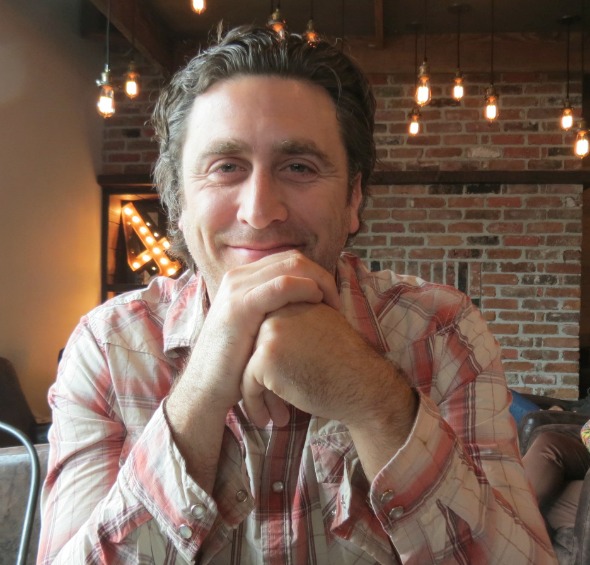 So many of the details of this beautifully-shot and well-acted film feel right and true because Miller lived them. It helps that he wrote his first draft of Becoming Redwood more than a decade ago and re-wrote it countless times as he learned his visual craft as a film, documentary and TV editor and award-winning documentary-maker here and in the U.S.

While Becoming Redwood had a long gestation, it had very little pre-production. Miller remembers getting a call on a Sunday in New York from producers Chad Willett (Ethan in the film) and Joely Collins (social worker in the film) of StoryLab  Productions that they'd secured production financing and he started casting the next day. Miller was more than ready to turn pro -- again.

His next feature will be something quite different --an east coast backwoods fight film.