Amid outcry, NBC says it will not air Golden Globes in 2022

NEW YORK — Amid growing pressure on the Hollywood Foreign Press Association, NBC said Monday that will not air the Golden Globes in 2022.
May 10, 2021 12:26 PM By: Canadian Press 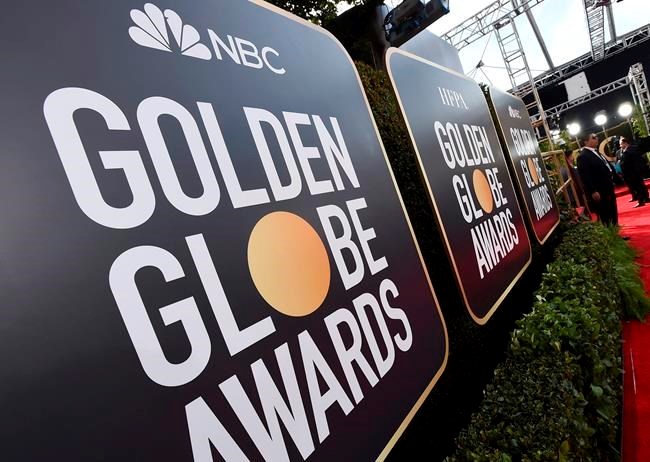 NEW YORK — Amid growing pressure on the Hollywood Foreign Press Association, NBC said Monday that will not air the Golden Globes in 2022.

In a statement, the network said it believes the press association — which is facing possible boycotts from Netflix, Warner Bros. and many Hollywood stars — is committed to reform.

“However, change of this magnitude takes time and work, and we feel strongly that the HFPA needs time to do it right,” the network said. "As such, NBC will not air the 2022 Golden Globes. Assuming the organization executes on its plan, we are hopeful we will be in a position to air the show in January 2023.”

The Hollywood Foreign Press Association, long a subject of ridicule from even its own telecast hosts, has come under fire following an investigative report by The Los Angeles Times that recounted the organization's questionable record on diversity — including, presently, no Black members among its approximately 90 voting members.

The press association has pledged to thoroughly reform, and last week approved a plan to, among other things, diversity its membership. But that hasn't stopped several studios from threatening to pull out of the Globes.

Last week, Netflix cast doubt on its future involvement with the HFPA.

“We don’t believe these proposed new policies — particularly around the size and speed of membership growth — will tackle the HFPA’s systemic diversity and inclusion challenges, or the lack of clear standards for how your members should operate," said Netflix co-chief executive Ted Sarandos wrote in a letter to the group.

Warner Bros. earlier Monday said it would cease holding screenings and other events for the HFPA until it made more substantial changes.

“For far too long, demands for perks, special and unprofessional requests have been made to our teams and to others across the industry,” WarnerMedia executives said in a letter. “We regret that as an industry, we have complained, but largely tolerated this until now.”

The outcry against the Hollywood Foreign Press Association has also included strong statements from Time's Up, a group of 100 Hollywood publicity firms and stars including David Oyelowo, Mark Ruffalo and Scarlett Johansson.

The Globes, produced by Dick Clark Productions, have suffered ratings drops in recent years but still rank among the most-watched award shows — usually third to the Oscars and the Grammys. The 78th Golden Globes, held Feb. 28, attracted 6.9 million viewers, a 63% drop from the 2020 telecast, watched by 18.4 million.