LONDON — Freed from the constraints of life as full-time royals — and enmeshed in a feud with Britain’s tabloid press — Prince Harry and his wife Meghan plan to tell their story in a book penned by sympathetic journalists. Harper Collins U.K.
May 4, 2020 12:26 PM By: Canadian Press 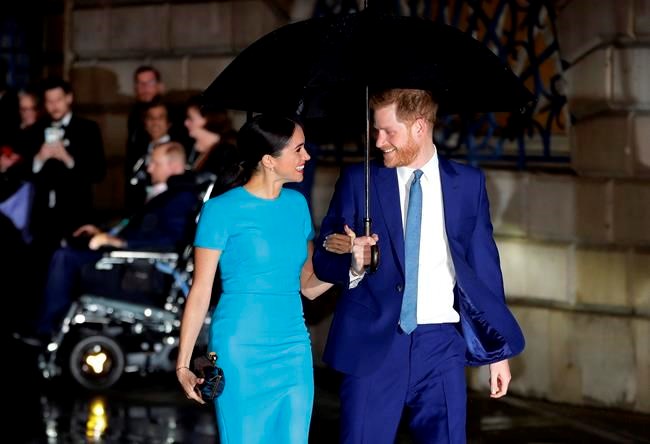 LONDON — Freed from the constraints of life as full-time royals — and enmeshed in a feud with Britain’s tabloid press — Prince Harry and his wife Meghan plan to tell their story in a book penned by sympathetic journalists.

Harper Collins U.K. announced Monday that it will publish “Finding Freedom: Harry and Meghan and the Making of a Modern Royal Family” in Britain and the Commonwealth on Aug. 11. The book will be published in the U.S. the same day by HarperCollins-owned Dey Street Books.

The book is written by Harper’s Bazaar royal editor Omid Scobie and Elle magazine royal correspondent Carolyn Durand, who said they aim to capture “the real Harry and Meghan” and “finally present the truth of misreported stories” about them.

The publisher said the book will tackle “the many and misconceptions that plague the couple on both sides of the pond.” It says the authors have been given “unique access” and the of those closest to the couple.

The announcement comes two weeks after Harry and Meghan said they would no longer with several British tabloid newspapers because of what they called “distorted, false or invasive” stories.

Meghan is suing publisher Associated Newspapers for invasion of privacy and copyright infringement over a series of articles in the Mail on Sunday that reproduced parts of a letter she wrote to her father, Thomas Markle.

Harry, who is a grandson of Queen Elizabeth II and sixth in line to the British throne, married the American actress Meghan Markle at Windsor Castle in May 2018, in a lavish ceremony watched around the world.

The couple later said they found the scrutiny they received from the British media intolerable and claimed it tipped into harassment.

In January, they announced they planned to quit as senior royals, seek financial independence and move to North America. The split became official at the end of March, and the couple have relocated to the Los Angeles area, where Meghan was raised.