Silkroad, the acclaimed international musical collective with a social conscience, has a new face — and a fresh sense of purpose.
Jul 28, 2020 6:27 AM By: Canadian Press 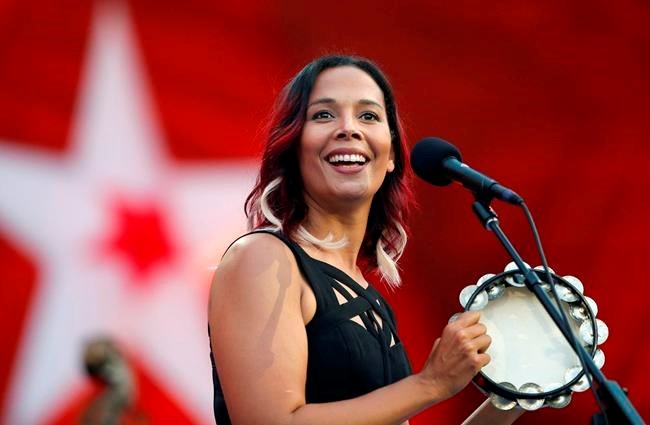 Silkroad, the acclaimed international musical collective with a social conscience, has a new face — and a fresh sense of purpose.

The 43-year-old North Carolina native is the first woman and first multiracial artist to lead Silkroad. The Boston-based organization is known not just for its touring ensemble comprised of world-class musicians from all over the globe, but also for its efforts to use the arts to bridge differences across races, countries and cultures.

“My keenest desire for Silkroad is a sharpening and reinterpretation of what it means for the ‘right now,’" Giddens said in a statement, adding: “What is more American than the gathering of influences from disparate areas of the globe to create something unique and fantastic?”

She makes her debut Wednesday evening with “Recitals from the World Stage,” a virtual presentation prerecorded for Tanglewood, the Boston Symphony Orchestra's summer home in the Berkshires of western Massachusetts.

Ma, who launched Silkroad in 1998 and stepped down as artistic director in 2017, called Giddens “an extraordinary human being and musician.”

“She lives Silkroad’s values, at once rooted in history and its many musics, and is an advocate for the contemporary voices that can move us to work together for a better world,” Ma said.

“In addition to her enormous musical talent, she fosters an immense social consciousness and creates unity through her art," said Kathy Fletcher, Silkroad's executive director.

Silkroad has recorded seven albums, including “Sing Me Home,” which won a Grammy in 2016 for best world music. Founded to “seek and practice radical cultural collaboration in many forms,” it holds training workshops and residency programs for music teachers and musicians around the globe.

The group takes its name from the ancient Silk Road trade route that linked China to the West, with the two hemispheres exchanging not only goods but ideas.

Giddens, the daughter of a white father and Black mother who married three years after the Supreme Court struck down all bans on interracial marriage in 1967, has won accolades for spotlighting African-American contributions to banjo, bluegrass and folk music.

She won a Grammy in 2011 for best traditional folk album with the string band Carolina Chocolate Drops, and last year, she was the first recipient of the Americana Music Association's inaugural Legacy of Americana Award.