BRATISLAVA, Slovakia (AP) — An appeals court in Slovakia has dismissed a lower court's acquittal of a businessman accused of masterminding the 2018 slayings of an investigative journalist and his fiancée.
Jun 15, 2021 9:09 AM By: Canadian Press 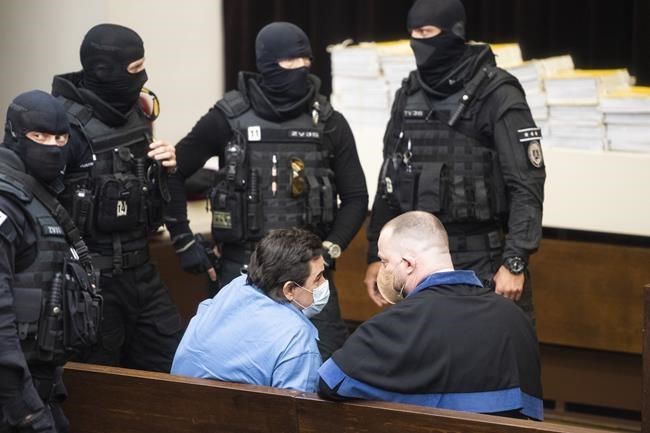 BRATISLAVA, Slovakia (AP) — An appeals court in Slovakia has dismissed a lower court's acquittal of a businessman accused of masterminding the 2018 slayings of an investigative journalist and his fiancée.

The Slovakian Supreme Court said the lower court did not properly assess available evidence when it cleared businessman Marian Kocner and one co-defendant of murder in the killings of Journalist Jan Kuciak and his fiancée, Martina Kusnirova, both 27.

The ruling issued Tuesday means the case will return to the Specialized Criminal Court in Pezinok, which handed down the acquittals in September.

A Specialized Criminal Court judge said at the time that there was not enough evidence for the convictions. A third defendant was convicted and sentenced to 25 years in prison. Within hours, prosecutors appealed the verdicts to the country’s Supreme Court.

Kuciak was shot in the chest and Kusnirova was shot in the head at their home in the town of Velka Maca, east of Bratislava, on Feb. 21, 2018. Kocner had allegedly threatened the journalist following publication of a story about his business dealings. In total, Kuciak published nine stories about the businessman.

Kuciak filed a complaint over the alleged threats in 2017 and had claimed that police failed to act on it. He had been investigating possible government corruption when he was killed.

Two other defendants previously were convicted and sentenced. Former soldier Miroslav Marcek pleaded guilty to shooting Kuciak and Kusnirova and was sentenced to 23 years in prison in April 2020. Prosecutors alleged Kocner paid Marcek to carry out the killings.

The couple's deaths prompted major street protests unseen since the 1989 anti-Communist Velvet Revolution and a political crisis that led to the collapse of Slovakia's government.