Spain probes how ex-rapper IS fighter slipped into Europe

MADRID — Spanish police who this week arrested a former London rapper allegedly turned Islamic State fighter in Syria say they have no evidence he was planning an attack in Europe, but his illegal, undocumented entry into Spain raises suspicions abou
Apr 23, 2020 10:26 AM By: Canadian Press 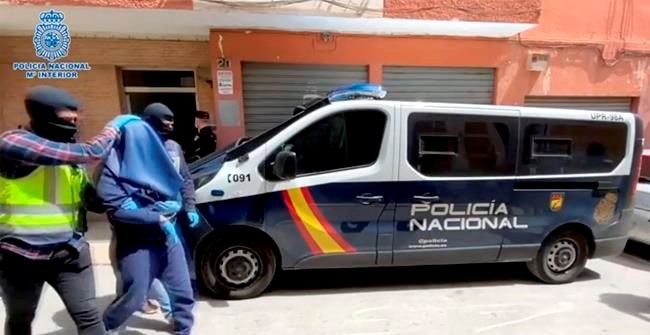 MADRID — Spanish police who this week arrested a former London rapper allegedly turned Islamic State fighter in Syria say they have no evidence he was planning an attack in Europe, but his illegal, undocumented entry into Spain raises suspicions about his motivation.

Abdel-Majed Abdel Bary, whose father was convicted in the U.S. of involvement in al-Qaida bombings, was one of Europe’s most wanted foreign IS fighters and “extremely dangerous” according to Spanish police.

The 29-year-old was arrested on Monday along with two more suspects in the southern coastal city of Almería.

A National Police anti-terrorism expert involved in the arrests told The Associated Press that if Abdel Bary had repented he would have sought a legitimate way of returning to Europe.

“The fact that he used clandestine means and a middleman in the illegal migration network doesn't fit the profile of somebody who wants to normalize his return," said the investigator. He spoke on condition of anonymity as he was not authorized to discuss the case with the media.

“At this point, we have no evidence on whether he was planning to stay in Spain or continue his trip," he added. “We also don't know what his ultimate goal was.”

Experts on religious extremism had raised worries that Abdel Bary could be part of a dormant cell or an agent in touch with other radicals in Europe.

“He was a nasty guy but it's been five years since he disappeared, we don't know what he was up to," said Olivier Guitta, director of GlobalStrat, a geopolitical risk consultancy based in London. “Is this guy coming into Europe with an idea of committing attacks? Or is he a reformed Jihadist? If he came back for an operation, that is a new game (which) puts everything in shambles.”

Police found Abdel Bary at 3 a.m. on Monday in an Almería rented apartment that he shared with his two companions. One of them is Abdeizerrak Seddiki, a 28-year-old Algerian known to Spanish law enforcement as a human trafficker. The third suspect is yet to be identified, police said.

The three declined to answer questions from police and from a National Court judge who sent them to a jail near Madrid on Wednesday while a probe continues on their possible links to terrorist organizations. No country has issued international arrest warrants against them.

Abdel Bary, who carried no documents at the time of his arrest, was stripped of his British citizenship when he allegedly joined the IS in 2013. He has Egyptian nationality and his Egyptian father, Abdel Abdul Bary, is serving a 25-year prison sentence in the United States for his role in the 1998 al-Qaida bombings of U.S. embassies in Kenya and Tanzania that killed 224 people.

Known as Lyricist Jinn and L Jinny in the London rap scene of the early 2010s, Abdel Bary went on to post online images of himself holding a severed head. In 2015, he publicly declared on social media that he was abandoning the Islamic State and allegedly hid in Turkey.

Spanish investigators say foreign intelligence showed that the former rapper was in conflict-struck northern Syria at the end of last year. But the three suspects had recently been to Turkey before to Algeria, according to the investigation of the General Information Department of Spain's national police.

“There are some 100 foreign terror fighters on our radar," the investigator said. "But this is the first time that a returned Jihadist with such a high profile is arrested in Spain.”