Borders have slammed shut, schools and businesses have closed and increasingly draconian restrictions on movement have been enforced to slow the spread of the new coronavirus.
Mar 17, 2020 2:20 PM By: Canadian Press 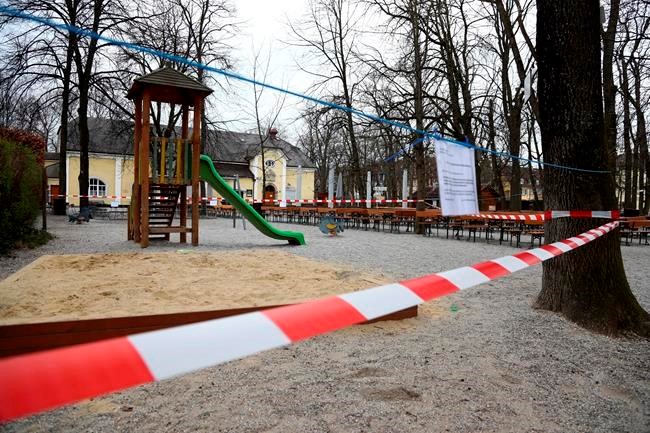 Borders have slammed shut, schools and businesses have closed and increasingly draconian restrictions on movement have been enforced to slow the spread of the new coronavirus.

Here are some of the latest developments on Tuesday:

Work places and schools around the world are eerily empty, and tens of millions of people are hunkered down and heeding government calls to isolate themselves to slow the spread of the coronavirus. Caseloads outside China now outnumber those inside its borders. Wuhan, the Chinese city where the virus was first detected and which has been under lockdown for weeks, reported just one new case Tuesday. Countries including Canada, Malaysia, Russia and Switzerland announced sharp new restrictions on the movement of people across their borders.

At a hospital in one of the hardest-hit cities in northern Italy, Dr. Sergio Cattaneo has seen a laundry room converted into a stretcher-filled waiting room and an unused ward outfitted into an intensive care unit. The onslaught of infections has overwhelmed the public health system in Italy’s prosperous north, prompting officials to beg retired doctors to return to work and to accelerate graduation dates for nurses and specialists. By Tuesday, the country had more than 31,500 positive cases and more than 2,500 deaths, more than anywhere outside China.

The coronavirus is now spreading locally within a dozen African nations. With cases confirmed in people arriving from abroad, African nations had slammed shut some border posts and turned away foreigners. But the growing number of locally transmitted cases is bringing new danger. Economically shattered Zimbabwe has declared a national disaster even before the country has confirmed a case.

The outbreak is also hitting sex workers, who have long been a part of nightlife in Germany's capital. Berlin authorities have ordered the temporary closure of entertainment venues, including brothels. It wasn't clear how the move would affect independent sex workers. Salome Balthus, a sex worker in city, said most of her colleagues would prefer to stay at home. “But they know that nobody is going to compensate them for loss of income,” she said on Twitter. “90% of all dates are being anyway. As always, we’re left to fend for ourselves.”

Germany’s Big Brother reality show participants have been cut off from the outside world since Feb. 6. On Tuesday evening, they were to be informed about the pandemic that has brought many countries around the globe to a standstill. Contestants living in isolation near the western German city of Cologne were to be informed about the virus pandemic in a special show airing Tuesday.

The European Championship soccer tournament has been postponed for one year, upending a tradition that dominates European life for a full month every four years. In the United States, the virus created uncertainty for the Democratic presidential primary after leaders in the state of Ohio called off a Tuesday election hours before polls were expected to open. Officials in Florida, Arizona and Illinois said voting would take place, but people had difficulty getting to the polls in the morning.

Days of denials at the outset of the coronavirus outbreak in Iran gave the disease time to spread. Officials ignored the problem as Iran marked the 41st anniversary of its 1979 Islamic Revolution with mass demonstrations and then held a parliamentary election in which they sought to boost turnout. Officials still seem unwilling to stop travel between cities as affected towns threaten to set up their own checkpoints to turn away outsiders. The country now has the third-highest number of deaths worldwide.