Writer David Hare turns his COVID-19 into a theatre piece 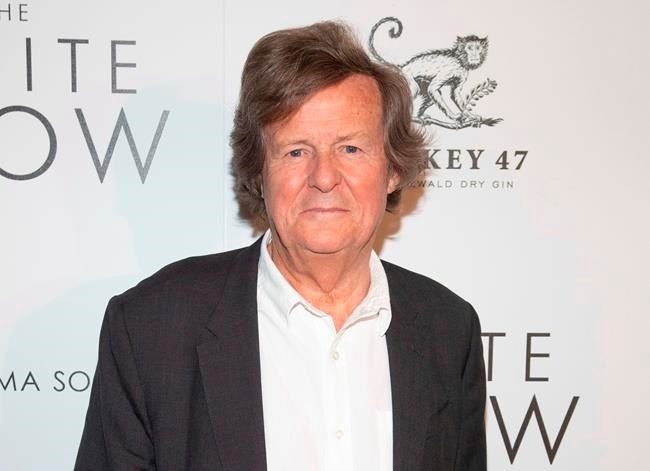 “Beat the Devil” will open in London as soon as officials deem it safe for to get back into business, Hare said Wednesday.

“I don’t think anyone who has not had it (the virus) quite understands how extraordinarily unpredictable it is, not just on a daily but almost an hourly basis,” said the Tony Award-nominated British playwright (“Plenty,” “Racing Demon,” “Skylight”).

Hare, 73, said the one-actor play is “purely” about his experience with the disease, which he contracted early in the pandemic and while he was at work on a TV drama, “Roadkill.”

The outspoken writer already aired an opinion on his country’s response to the coronavirus. In an April U.K. radio interview, he slammed the government for its handling of the crisis and called on officials to own up to their errors and be honest with the public.

Hare discussed “Beat the Devil” during an online news conference to promote “Roadkill,” a political thriller debuting in November on PBS’ “Masterpiece” showcase. Hugh Laurie (“House”) stars as a U.K. government minister facing the potential consequences of his bad .

An actor has been cast for the virus monologue, Hare said, but he declined to say who or name the where it will be staged.

Depending on the outcome of experiments in “socially distanced” , he said he hopes that playhouses will be opened by the end of August.

Hare received Academy Award nominations for his screenplays for 2002’s “The Hours” with Nicole Kidman and 2008’s "The Reader” starring Kate Winslet, with both actors winning Oscars.