Critter Care Wildlife Society is calling on the community to help name an orphaned cub from Maple Ridge by voting in their online poll.
Dec 19, 2019 3:15 PM By: Elisia Seeber 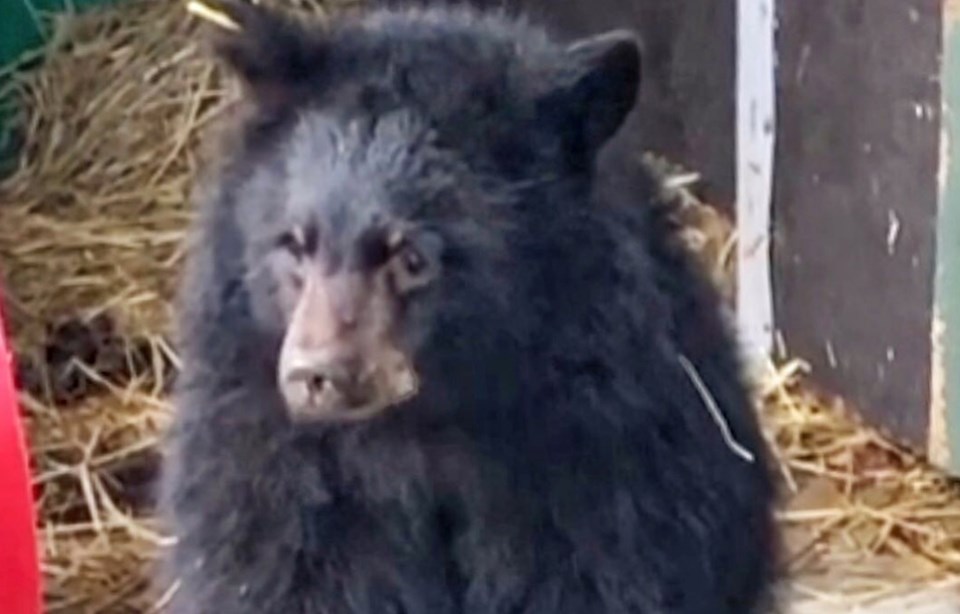 Critter Care Wildlife Society is calling on the community to help name the little male cub from Maple Ridge by voting in their online poll. Photo: CCWS

An extremely cute orphaned black bear cub being cared for at a Metro Vancouver wildlife centre is in need of a name.

Critter Care Wildlife Society is calling on the community to help name the little male cub from Maple Ridge by voting in their online poll. There are two names to choose from — Rogue or Decker.  At the moment, Decker is in the lead with 58 per cent of the votes.

The cub was very ill when he arrived at the centre, weighing in at just 13kg or 28.6 lbs.

"He was so lethargic and emaciated. Our expert staff checked him regularly and even had to get up every three hours all night long to ensure he stabilized," CCWS wrote on Facebook.

"Everything improved quickly, and now this little fellow is thriving and living with his new pack of friends."

The centre now has 21 orphaned bear cubs in its care. This year's intake of cubs is so high, staff at the centre are calling it a "bear invasion.

At the time, the centre wasn’t able to take on any more cubs, but it has now found space for the extra three cubs. The centre in Langley has provided care and rehabilitation to mammal species native to B.C. for the past 30 years. In any given year the centre will help between 3000 and 4000 animals.

Without any government funding, CCWS relies heavily on fundraisers and public donations to support the animals.

Bear cubs in particular are costly to care for. Having 21 bear cubs makes things even harder. Especially when they can eat more than 550 pounds of food a day collectively.

"It takes about 10,000 to raise a cub and we get absolutely no funding,” Martin said.

The centre is aiming to raise $200,000 through its Save Our Bears fund to be able to care for each cub until they are old enough and strong enough to have another chance to live in the wild.

The public donations not only provide food and medication but also enriched environments to ensure a bear’s successful release. All the animals receive large portions of natural feeds as much as possible, including fruit, salmon and produce. Enrichment for bear cubs includes anything from logs to climb, honeycomb to discover, and berry bushes.

Martin said, sadly, most of the bear cubs were orphaned because of negligence of individuals or communities that don’t follow Bear Smart policies to protect them.

“It’s a people problem, it’s not a bear problem, but unfortunately the bears suffer,” she said.

“It’s very frustrating and it’s frustrating to the general public to see this happening.”

She said the stories behind the orphaned cubs were all too similar, from the cub that lost his mother by a hit and run driver, to the three Port Moody cubs that witnessed their mother being shot to death.

Bears are now in hibernation, but there are many ways residents can help prevent incidents like this from happening, including by securing their garbage, freezing odorous organics, keeping garbage carts clean and only placing them by the roadside on the morning of collection.

More information can be found on bears, attractants and how to reduce human-wildlife conflict on the COS website.

Martin said people needed to "learn to live with bears, they are a part of our environment."

"Be bear aware and do the proper thing," she said.

Go to Save Our Bears to donate. Find out what to do if you encounter a bear in the wild here.