One of the individuals returned to Canada in August and was detained by Canada Border Services Agency at Vancouver airport
Sep 16, 2020 7:46 AM By: Megan Lalonde 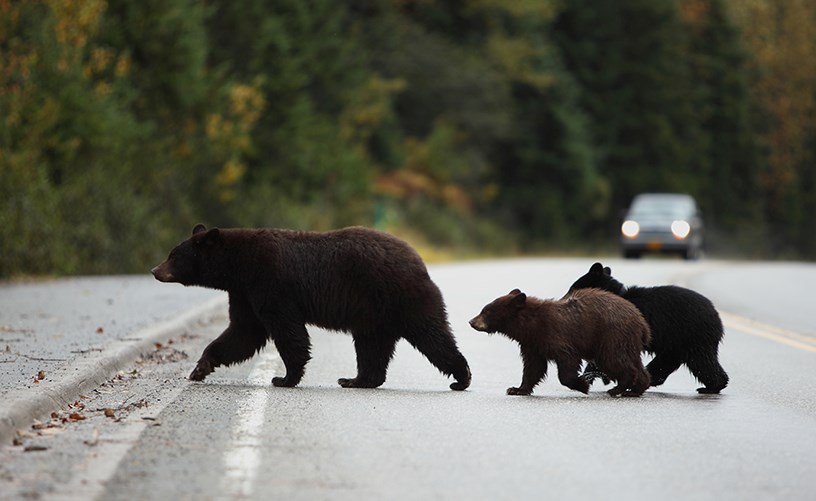 Two individuals suspected of feeding black bears (not the same animals pictured above) in Whistler are facing charges following a lengthy COS investigation that began in 2018. Getty Images

The COS first launched an investigation in July 2018 after receiving an anonymous complaint to the service's RAPP line claiming that residents of Whistler's Kadenwood neighbourhood were deliberately feeding bears.

"The suspects allegedly purchased large quantities of apples, carrots, pears, eggs and almonds to leave out for the animals," officials explained in the post.

In 2018, the COS said it had also received “several other reports and information” of bears approaching people and creating property damage in Kadenwood. It also reportedly had information suggesting that bear feeding had been occurring in the area “over a number of years, contributing to the domestication-like behaviour of several bears."

A sow and two cubs that were suspected to have been fed in Kadenwood were euthanized by the Crown agency in September of that year after displaying “very troubling” behaviour on the scene, conservation officers said at the time.

The charges were reportedly approved by the BC Prosecution Service in June of this year, while a warrant was issued for both individuals.

According to the COS, one of the individuals returned to Canada on Aug. 16 and was detained by the Canada Border Services Agency at Vancouver International Airport.

A court appearance is scheduled to take place Nov. 18 in North Vancouver.

- With files from Brandon Barrett

'Smell of death' leads to discovery of poached black bear on North Shore
Aug 25, 2020 2:50 PM
Comments
We welcome your feedback and encourage you to share your thoughts. We ask that you be respectful of others and their points of view, refrain from personal attacks and stay on topic. To learn about our commenting policies and how we moderate, please read our Community Guidelines.