Bear conflicts on the rise and people are to blame say B.C. wildlife advocates 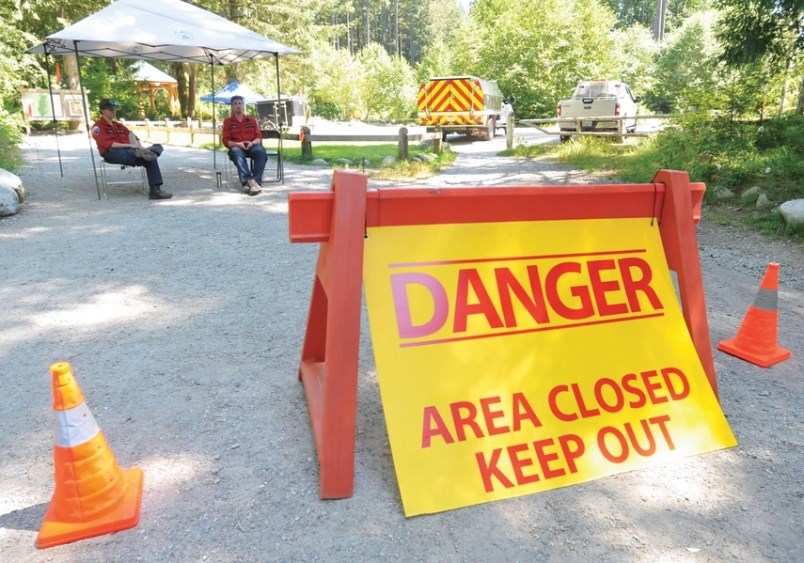 A bear that bit a 10-year-old girl on the leg resulting in the closure of two park areas this week isn't the only recent bear-human conflict, say wildlife advocates. photo Paul McGrath, North Shore News

A bear that bit a 10-year-old girl isn’t the only case of human-bear conflict on the North Shore recently.

Wildlife advocates say there have been a number of recent problems.

And they say humans are usually to blame.

A bear trap was recently set in West Vancouver after a bear that had been finding food around people’s properties entered a home through an unlocked door.

“If a bear is going into a house or a building, that’s learned behaviour,” he said.

Another bear trap was placed in North Vancouver where bears were finding easily accessible food in garbage cans, organics carts and bird feeders in neighbourhoods near Capilano Regional Park, according to the North Shore Black Bear Society.

Volunteers were out speaking to residents and providing educational materials, but in many cases, wildlife advocates return to the areas to find the same problems as before, said Luci Cadman, a spokeswoman for the bear society.

“Very few people act on the advice,” said Cadman. “And that’s the issue – they’ve got all the education, but they’re not acting on it.”

For instance, garbage and organics carts used on the North Shore aren’t designed to be bear-proof, she said, and should be kept inside until the morning of pick-up – but people still frequently leave them out overnight, attracting bears.

As more people head into local parks, many also aren’t doing what they should to keep bears at a distance, but have instead been known to approach bears – particularly younger smaller bears that aren’t seen as threatening - to get photos, said Cadman.

“What we’re seeing is people approaching and pressuring (bears),” she said.

“People get too casual about it,” said Ellie Lamb, another bear society volunteer and bear behaviour expert who has been an outdoor guide in bear territory for over 20 years.

“(Bears) don’t like people walking towards them,” she said, any more than people like bears approaching them.

The public needs to learn to respect bears, said Lamb, by not approaching them, not going into areas where bears have been spotted and taking appropriate action when they do unexpectedly encounter bears on the trail.

That includes talking to the bear to show you’re human, and backing away slowly. If the bear approaches, stand your ground and speak in a firm tone, advises Lamb. Panicking, screaming and kicking may cause the bear to respond defensively out of fear, she says.