B.C.-wide campaign aims to get young people to the polls

Young people have taken matters into their own hands to get their peers to the polls.
Sep 28, 2020 8:10 AM By: John Lawless 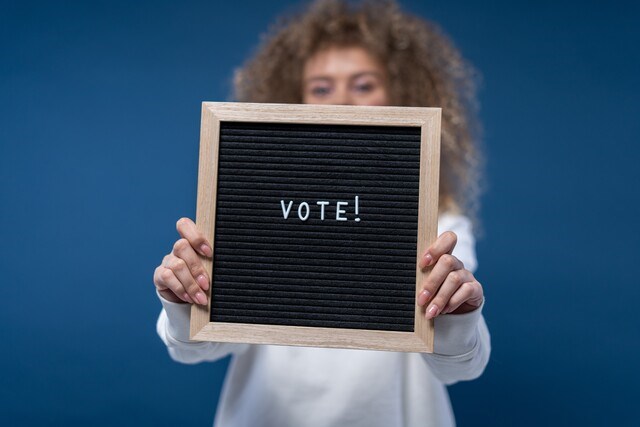 Young people have taken matters into their own hands to get other young people to the polls.

Students across BC have launched a campaign to encourage young people to vote in the upcoming provincial election. The 'Take It Over' initiative, which is run by a coalition of post-secondary students, aims to get young voters engaged in the election and have their voice heard.

"Young people have always been politically engaged, and they will be channelling that engagement into votes in this election," says Tanysha Klassen, chairperson for the BC Federation of Students. "We saw young people take over the streets with the climate strike and with protests against police brutality, and we will see them take over this election by getting to the polls safely with the same enthusiasm."

The campaign is calling for a leader's debate focusing on young people, allowing them to ask politicians questions regarding issues that matter to them, such as jobs, affordable housing and the environment.

"Young adults in BC have been disproportionately affected by the COVID–19 pandemic, as they predominantly work in sectors such as hospitality and tourism which have been all but shuttered this summer," says Klassen. "With party platforms focusing on economic recovery, young people should not be left out of the equation."

Voter turnout for people aged 18-24 increased by eight per cent in the 2017 BC election, which actually surpassed the 25-44 age category.

For more information about the 'Take It Over' campaign, you can visit their website.