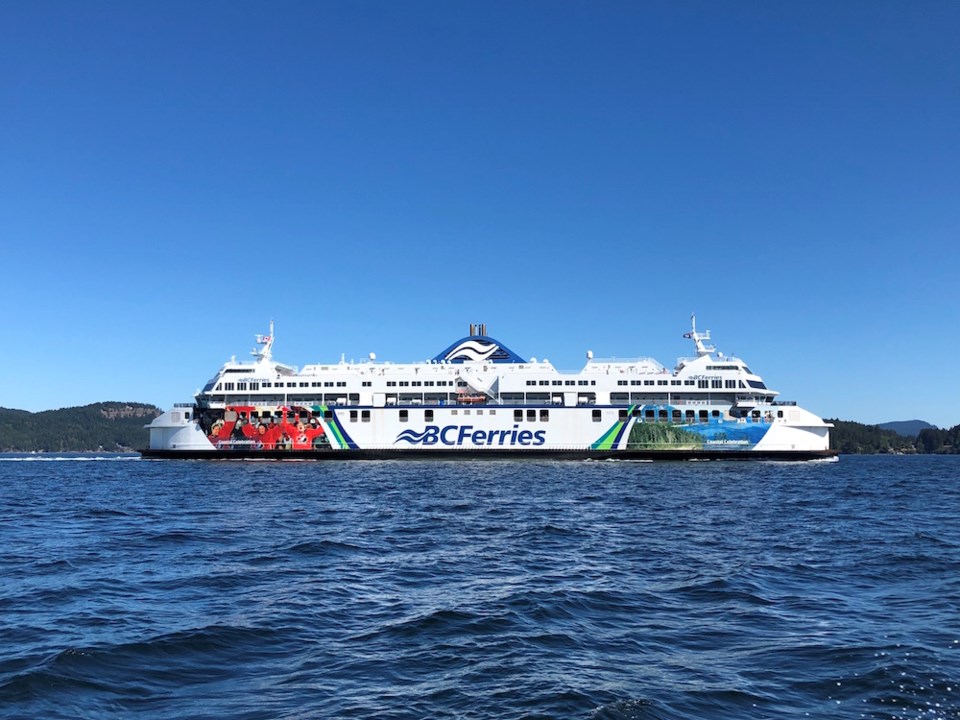 BC Ferries' Coastal Celebration on the Vancouver (Tsawwassen) to Victoria (Swartz Bay) route. Photo by Lindsay William-Ross/Vancouver Is Awesome

High winds whipping across southern British Columbia Friday has prompted BC Ferries to cancel all sailings for the remainder of the day on routes in and out of its two terminals serving Metro Vancouver.

BC Ferries has made cancellations on the following routes:

A wind warning was issued Thursday for Vancouver and remains in place through to around midday, though winds are expected to pick up again later this evening, according to Environment Canada. The weather agency called for strong northwest winds gusting at speeds of 70 to 90 km/h this morning.

Earlier Friday, BC Ferries cancelled morning sailings in and out of the Lower Mainland.

Reserved customers who have not yet checked in will be advised of the cancellation and their reservation fees will be automatically refunded, notes BC Ferries.

"The safety of our passengers and crew is of primary importance to us. We don’t take the decision to cancel sailings lightly, as we know customers rely on us to get to their destinations," says BC Ferries on its Travel Advisories page.

BC Ferries says it will resume service as soon as it is safe to do so, and indicated on Twitter it believes sailings can resume Saturday as the weather improves.