B.C. suspends use of AstraZeneca for those under 55 years old

The move comes in anticipation of new guidelines from the National Advisory Committee on Immunization
Mar 29, 2021 1:25 PM By: Tyler Orton 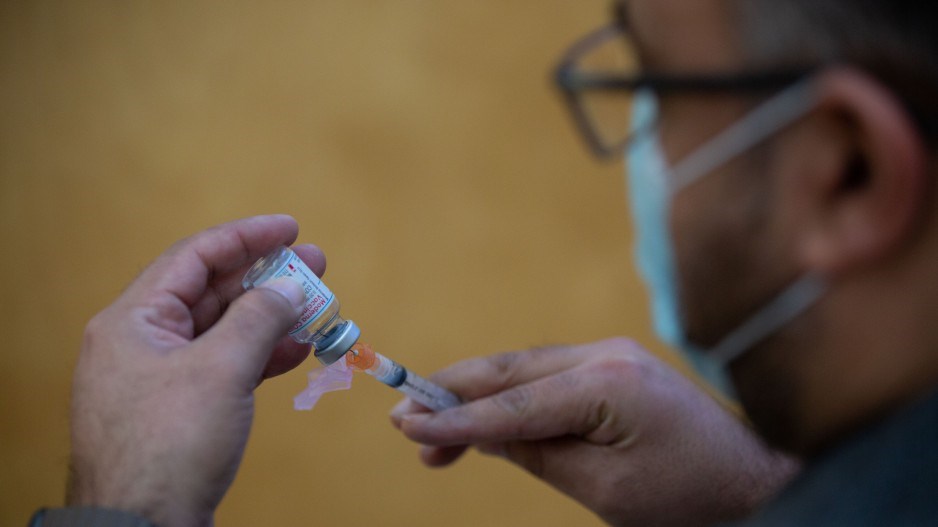 B.C. is suspending use of the AstraZeneca plc COVID-19 vaccine following growing concerns the vaccine is tied to a small number of rare blood clots to emerge from those who have received the jab.

The provincial government’s pause on administering the vaccine targets those under 55 years old and will continue “for the next few days,” according to B.C. provincial health office Dr. Bonnie Henry.

“There has been less than 30 cases identified around the world, primarily in Europe, but it is a serious condition and could lead to serious outcomes,” she said during a Monday briefing.

“If you have received the AstraZeneca vaccine and it’s more than 20 days since you’ve received it, there is no concern.”

Henry said British Columbians should monitor for symptoms such as headaches or swelling.
“We will know much more of this in the coming days,” she said.

“We have time to understand how this will affect second doses in people who have received the AstraZeneca vaccine.”

Prince Edward Island suspended the use of the vaccine for certain age groups Monday morning, followed by Quebec and Manitoba.

Shortly before Henry’s announcement, the National Advisory Committee on Immunization updated its guidelines with the recommendation that the country suspend use of the vaccine for anyone under the age of 55.

The B.C. government’s immunization plan sought to immunize 320,000 essential workers outside of their age group using the AstraZeneca vaccine.

The general population is following an age-based immunization program that is depending on both the Pfizer Inc. and Moderna Inc. vaccines. Pfizer is due to deliver 160,000 doses to B.C. this week, while 1.5 million doses of the AstraZeneca vaccine are scheduled to arrive via truck from the U.S.

“We have not calculated AstraZeneca into any of our thinking with respect to age cohorts,” Premier John Horgan said.

Henry said more details about how the suspension of the AstraZeneca vaccine will affect vaccination plans for essential workers will be revealed in the coming days.

“It is possible that we may need to use the vaccine in people where we know this rare event is not likely to happen,” she said, referencing those over 55 years old.

Just over 611,000 British Columbians — or 14.2% of those eligible to be vaccinated — have received at least one dose of a vaccine to date.

Henry also revealed Monday the province was banning in-restaurant dining for three weeks in response to the surge.

Restaurateurs will be able to provide dining on patios, delivery and pick-up service.

Fitness club operations will be restricted to one-on-one activities, while Whistler-Blackcomb will also close temporarily.

—With a file from Glen Korstrom