The B.C. Conservation Officers Service said it is investigating a Victoria man for new allegations of feeding wildlife from his vehicle window.
Oct 1, 2020 1:48 PM By: Darron Kloster 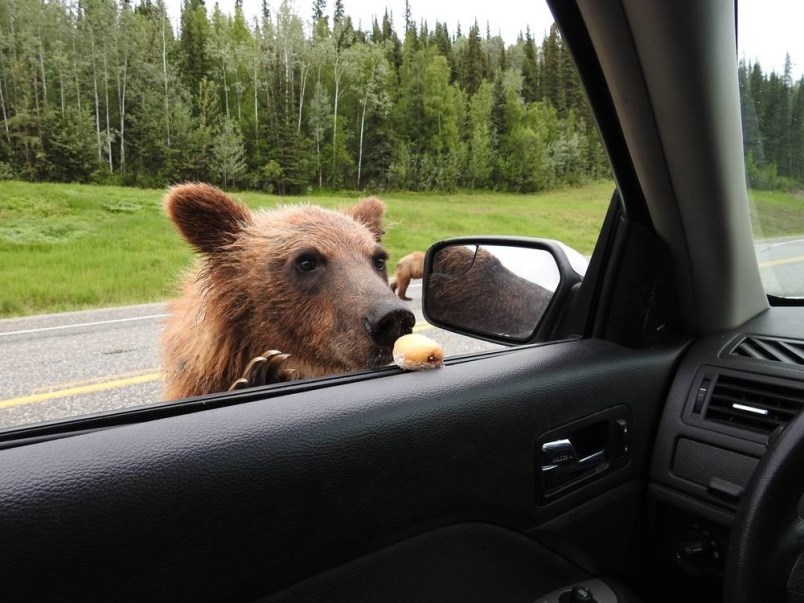 A photo posted on Randy Scott's Facebook page on Sept. 12, 2020, shows a grizzly with a Timbit.

The B.C. Conservation Officers Service said it is investigating a Victoria man for new allegations of feeding wildlife from his vehicle window.

Randy Scott was previously charged and fined for unlawfully feeding bears in 2017 after posting photos on social media of himself giving Tim Hortons Timbits to bears along the Alaska Highway in the B.C. Interior.

Since then, new photos on Scott’s Facebook page have emerged showing a grizzly bear sniffing a Timbit sitting in the open window of a vehicle. It was dated Sept. 12.

Another image, posted on Wednesday, shows two boxes of Timbits inside a vehicle outside a Tim Hortons, with the caption: “time to find some grizzlies! (Sponsored by tim hortons).”

The Conservation Officers Service said in a statement via the province’s Ministry of Environment on Thursday it is “aware of and investigating allegations of bear feeding.”

“As the investigation is ongoing, further comment is inappropriate at this time,” the statement said.

In August 2019, Scott and a co-accused pleaded guilty to a charge of unlawfully feeding wildlife. They were fined $2,000 under the Wildlife Act and ordered to stay at least 50 metres away from bears for six months.