The petition claims an investigation regarding a prior complaint “could not be concluded” after SNFC employees were let go amid COVID-19 closures
Mar 28, 2020 5:49 PM By: Megan Lalonde 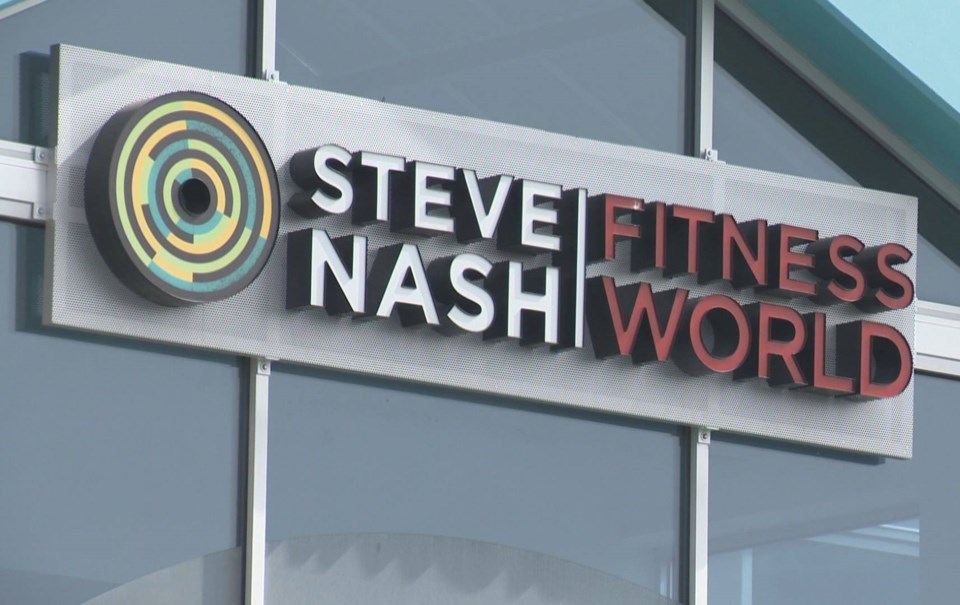 As Steve Nash Fitness World employees deal with the ramifications of the COVID-19 pandemic and their subsequent termination, some former employees are calling on WorkSafe BC, the Canadian Human Rights Tribunal and Employment Standards BC to carry out a human resources investigation they say was tossed when the fitness chain closed.

In a change.org petition started two days ago, the former employees allege that, prior to the COVID-19 pandemic, “a formal complaint and request for an independent investigation was submitted to Steve Nash Fitness World & Sport Club Human Resources.”

According to the petition, the initial complaint was made in response to “unpaid wages, bullying, harassment, workplace fairness, unequal treatment, discrimination, and favouritism” experienced within the organization.

The employees behind the petition claim that after they were let go, the chain’s human resources department, “stated that the investigation could not be concluded due to the termination of its employees.”

Furthermore, the creators of the petition argue their termination also constitutes wrongful dismissal, and should result in severance pay for each employee, even if a pandemic is to blame for the facilities' closures.

The petition calls on former Steve Nash Fitness employees who feel they have been impacted by any of the aforementioned issues to sign their names. It also notes that petition organizers plan to pursue, “a class action lawsuit and personal lawsuits for loss of wages and other incurred damages.”

“Together we can stand and make a change for ourselves and the future of the fitness industry,” it reads.

In a statement sent by Facebook message, organizers said they've received "countless messages from fellow Steve Nash Fitness employees stating stories and issues they have had with the company," in the less-than 48 hours since the petition launched. "They are looking for support and justice during these trying times and we just want them to know that as fellow colleagues, we are in this together."

According to a message from the fitness chain's management posted on March 25, “the recent decision to temporarily close our clubs is due to the ongoing COVID-19 global pandemic. We made the decision with our members’ health and our community’s well-being in mind, with the expectation to reopen our doors to all of you when it’s safe to do so.

“As part of this tough decision, we have also had to make the difficult move to let go of our valued team members as we transition through an organizational restructuring during these tough and unprecedented times,” it continued.

In a prior statement, SNFC president and CEO Chris Smith stated that, “During the first two weeks of this initial closure, team members will be paid to lessen the financial burden and impact during this time. Further information regarding team member pay will be communicated directly to our team members.”

With 26 Steve Nash-branded clubs, UFC clubs and Crunch Fitness locations, SNFW Fitness BC Ltd. is one of the province’s largest fitness chains.

A request for comment from a company spokesperson has not yet received a response.