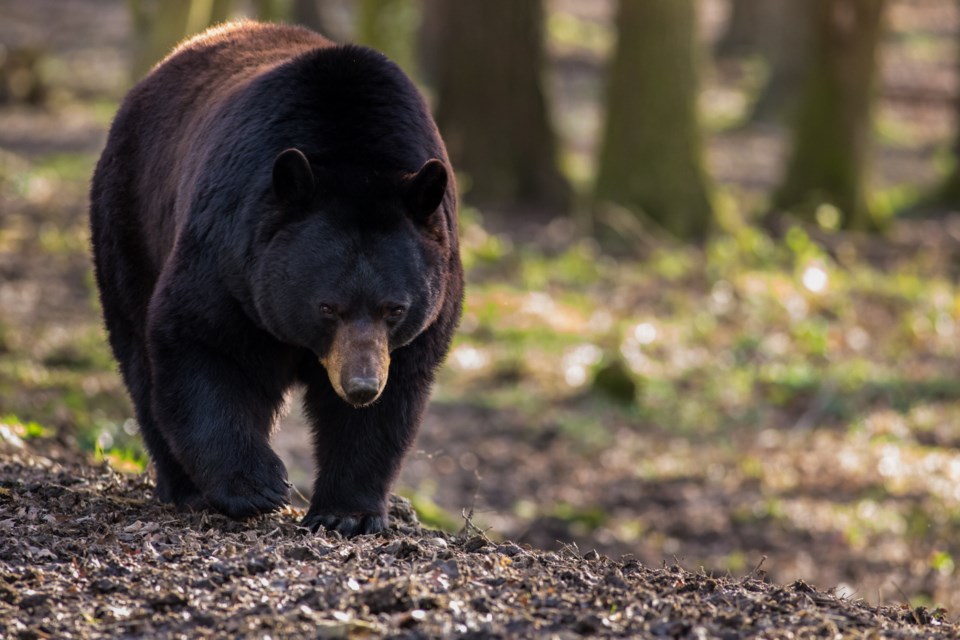 Two women are recovering following a bear attack in northern B.C. on Tuesday.

A mother and daughter were walking with their dogs along a remote logging road near Prince George when, at around 1:30 p.m., one of their dogs appeared to startle a black bear that was eating.

According to a Global News report, the bear knocked one of the women over, scratching her, before biting the second woman on the arm. Both women have been released from hospital, while the bear left the area on its own.

The B.C. Conservation Officer Service said it believes the attack was defensive, and is not attempting to capture the bear at this point in time.

The attack is one in a string of human-wildlife interactions the BC COS has attended recently, including the death of a dog near Prince George after it was attacked by a black bear last week.

Chris Doyle, deputy chief of the BC Conservation Officer Service’s south coast region, on Wednesday provided a seasonal update regarding these wildlife interactions -  including a provincial overview of recent human-wildlife conflicts and the service’s enforcement operations - during a conference call with media.

Earlier this month, Hudson’s Hope RCMP attended a residence to arrest a man for dangerous driving and theft.

But once they arrived at the rural northwest B.C. property, officers not only found a trove of stolen goods related to several recent thefts in the area, but a caged black bear cub as well.

The COS took possession of the cub and transported it to a wildlife rehabilitation facility, Doyle said.

Justin Thibault, 25, is in custody pending a bail hearing. He faces a laundry list of firearms and possession-of-stolen property charges, as well as dangerous operation of a vehicle, break and enter and wildlife charges.

Conservation officers continue to investigate regarding the unlawful possession of the bear cub.

Conservation officers (COs) determined a recent wolf attack on a human in northwestern B.C. was predatory in nature.

“Widespread wolf habituation to people has occurred in the Port Edward area, the nearby landfill has extensive wolf activity,” Doyle explained during the call.

Doyle also named “an abundance of feral cats” in the region as a contributing factor to the wolves increasingly frequent presence in residential areas.

He said the COS is confident that the wolf that was destroyed four days after the attack is the offending wolf. “According to DNA results from an independent lab, residents can take some comfort that this animal is no longer posing a risk to residents and pets in that community,” he said.

The COS, in tandem with Ministry of Environment and Climate Change strategy staff, are working with Prince Rupert landfill to deter further wolf activity, in addition to their efforts to reduce the number of feral cats currently in Port Edward.

The COS continues to investigate several troubling incidents where black bears have been shot and discarded across the province. Near Fort Nelson, COs found two black bears that had been poached and discarded along a highway in as many days, in addition to a similar incident in Haida Gwaii.

“Anyone with information on either of these two incidents is asked to call our RAPP line,” Doyle said.

As COS staff continue to remind British Columbians to ignore any tiny, spotted fawns they see   -  “saving” what you think is an orphaned fawn could result in it not being able to reunite with its mother, thus greatly reducing its chances of its survival - one Vancouver Island resident obviously failed to receive the message.

In the majority of cases, COs have managed to get residents to return the fawns to where the mother could find its young, in some cases COs had to attend and help the animals reunite, Doyle explained. But in one case, COs discovered that a Port Alberni resident “knowingly took a fawn with the intent of keeping it,” Doyle said. “That person was located quickly and issued a fine of $345 for possessing live wildlife, and the COs were able to reunite the fawn with its mother.”

In another recent incident, Sunshine Coast COs charged a West Vancouver man with six counts under the BC Wildlife Act, fining him a total of $1265.

“This individual was hunting migratory birds, specifically geese, within 100 metres of a residence in a community north of Sechelt. And there is no open season for migratory birds in that area at this time,” Doyle said.

With the majority of  B.C.’s parks and recreation sites now open for camping, Doyle said officers have been out on patrol to ensure public safety and compliance.

Over the opening weekend for rec sites earlier this month, conservation officers worked with other enforcement agencies to coordinate patrols, during which they interacted with more than 600 people, Doyle said. He added that 17 enforcement actions were issued over the opening weekend, including for violations like operating off-road vehicles without insurance, fishing with prohibited gear, exceeding campfire sizes and open liquor in a public place.

Doyle also noted that the COS has observed an uptick in the number of people fishing on the Alouette River, despite the fact that the area remains closed to fishing upstream until June 30.

“Despite the closure, COs have seen an increased number of incidents of individuals fishing during this closed time as compared to previous years,” he said, adding that several charges have already been laid against those for failing to adhere to the closure.

As summer officially kicks off, conservation officers are hitting B.C. neighbourhoods to ensure wildlife attractants are properly secured, all in an effort to reduce human-wildlife conflicts.

“It's important for everyone to know that they need to do their part to help keep wildlife wild, and so bears don't gain appetites for non-natural food or lose their fear of humans, which puts both bears and communities at risk,” Doyle said.

“We can't stress enough that the best way to keep bears and people safe, is to secure attractants around your home, business or property.”

During these patrols, officers will be making sure attractants remain inaccessible, using strategies like bear-proof bins, and reminding residents to pick excess fruit from trees and use electric fences or other measures to protect livestock.

“We will target areas with a history of bear conflicts,” Doyle said, adding, “Communities where unsecured attractants such as garbage, pet food, birdseed and compost have led to problems with bears in the past are also a priority.”

- With files from Sarita Patel, Castanet

Camping approved for Vancouver parks but tents must be gone by mid-morning
Jul 15, 2020 4:14 PM
Comments
We welcome your feedback and encourage you to share your thoughts. We ask that you be respectful of others and their points of view, refrain from personal attacks and stay on topic. To learn about our commenting policies and how we moderate, please read our Community Guidelines.