The end could be near for Vancouver-based Lush Canada – a profitable venture with declining but substantial sales.
Sep 23, 2020 9:30 AM By: Glen Korstrom 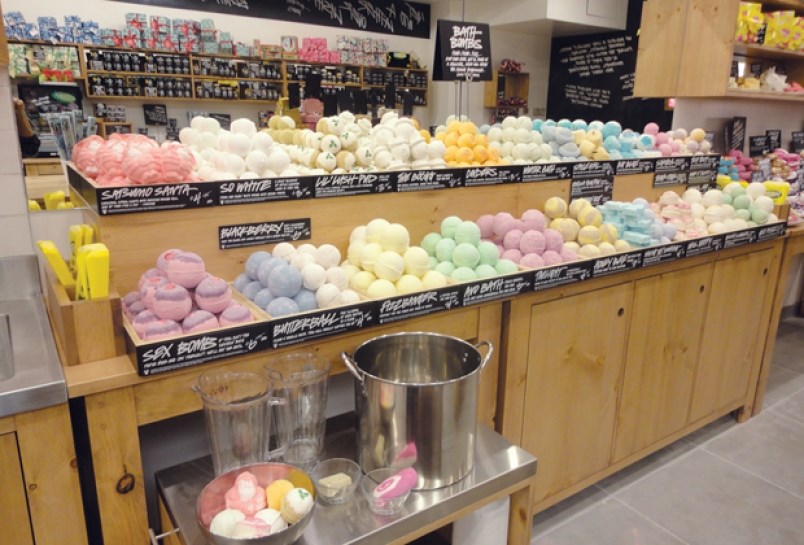 Continuing conflict between the U.K.-based owners of the Lush Cosmetics brand and their Vancouver-based partner, Mark Wolverton, has prompted the retailer to ask the BC Supreme Court to step in and settle the dispute.

If a judge does not grant the requested orders, Lush wants a court order that “it is just and equitable to liquidate and dissolve Lush Canada” – a profitable venture with declining but substantial sales.

Sales likely took a steeper nosedive during the pandemic, according to Wolverton.

The dispute between Wolverton and Lush Canada’s parent company comes nearly 25 years after Wolverton, wife Karen Delaney-Wolverton and a few other partners opened Lush’s first store outside the U.K., on Vancouver’s Denman Street.

One significant expansion in recent years was at 1020 Robson Street in Vancouver, where the Lush store expanded to 2,800 square feet from 1,400 by taking over space to the east, which was a Danier Leather Inc. store.

The U.K.-based parent did well with other partners too, as it expanded the Lush brand to 48 countries and 900 stores.

Fractious relations between Lush and Mark Wolverton, however, came to light in a July 7 lawsuit Lush filed in Las Vegas. Lush alleged financial mismanagement by Wolverton while he oversaw Lush’s American and Canadian operations, and accused him of funnelling money from Lush’s U.S. operations into Lush Canada.

Lush also alleged that Wolverton would not let a U.S. director view the company’s U.S. financial documents because operations were co-mingled with those in Canada, and she was not a director in Canada.

Wolverton sent BIV a statement filed as part of the Nevada lawsuit that denied Lush’s assertions, explained that there had been a longstanding cost-sharing agreement between the U.S. and Canadian Lush companies, and said that he had sent Lush’s U.S. director “reams” of requested documents.

The dispute, however, has spilled north, with Lush’s petition in B.C. setting out similar concerns about Lush Canada.

“In recent years, Mr. Wolverton has become uncooperative and difficult,” Lush said in its petition to BC Supreme Court.

Lush wants BC Supreme Court to issue an order that Lush Canada’s board of directors lacks its needed quorum, and that directors and shareholders are “deadlocked,” entitling Lush to relief under the province’s Business Corporations Act.

The board’s paralysis is so severe that necessary tasks, such as appointing a new chief financial officer, is impossible because a shareholders’ agreement stipulates that board approval is required, the petition states.

Lush claims that hours before the board fell into this abyss, Wolverton had board directors agree to grant him with “wide-ranging authority” to control Lush Canada operations. Lush essentially wants a judge to rescind that vote.

Lush Canada’s board is intended to have two directors, the petition states. Currently, Wolverton is the sole director and Lush believes that it is entitled to have sway in picking the second director, given that it and Wolverton each have similar substantial minority stakes in the company. (Others named in the petition have negligible ownership stakes.)

Lush claims that it tried multiple times to successfully nominate a qualified female director to the board, but each time Wolverton refused to accept the appointment.

Wolverton’s suggestions for a director were White men, something that Lush did not want because it wanted the board to have a diverse composition, according to the petition.

Lush wants the court to order that Francis be appointed to the board, or that the court order that other Lush director nominees be approved.

If the court does not order a solution to the board stalemate, Lush said that it wants the court to either order that Wolverton be removed from the board, that Lush is able to buy all of Wolverton’s shares in Lush Canada or that Lush Canada be dissolved.

“I strenuously deny the allegations being made against me in the recently filed petition by Lush UK. The matters being raised in this filing relate to an internal and ongoing shareholder dispute, not to the health or viability of our business. I remain committed to the North American business, to our passionate employees and our loyal customers.”

‘Are we the next one?’: Tri-City pub contemplates future amid tightening COVID-19 restrictions
Sep 10, 2020 1:06 PM
Comments