Kevin Bieksa didn't mince words in an interview with Mike Halford and Jason Brough on Sportsnet 650.
May 3, 2021 2:24 PM By: Daniel Wagner 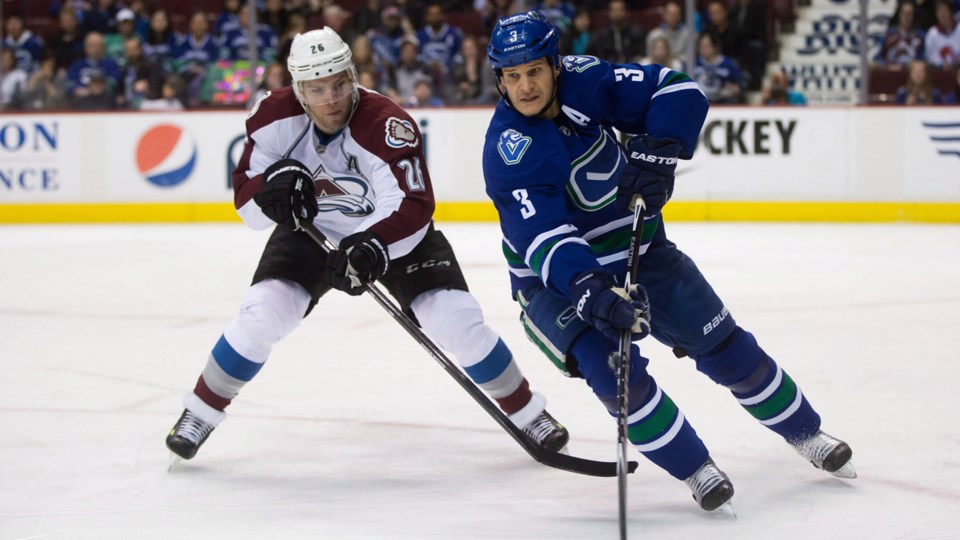 Kevin Bieksa gave his frank opinion on the Vancouver Canucks rebuild during an appearance on Sportsnet 650.Darryl Dyck / CP

One year into Jim Benning’s tenure as general manager of the Vancouver Canucks, he traded Kevin Bieksa. It was one of his best trades, netting a second-round pick for the declining defenceman. If you include the return for Ryan Kesler a year earlier, the two trades could have been the foundation for a rebuild.

Unfortunately, Benning and the Canucks were never really interested in rebuilding, but in quickly retooling and getting back to the playoffs in a hurry.

That lack of commitment to a rebuild in Benning’s earliest years ultimately hurt the Canucks long term. Barring a miracle, the Canucks are about to miss the playoffs for the fifth time in seven seasons under Benning.

Bieksa, in an appearance on the Halford and Brough show on Sportsnet 650, put it bluntly.

“I still think you can do a rebuild without missing the playoffs for five years, personally,” he said. “That’s my philosophy.”

The truth is, the Canucks have never truly done a traditional rebuild, where the team trades veteran players for draft picks. They have hit on some of their top draft picks and added a few players outside of the first round, but they never gave themselves the opportunity to build depth throughout their organization through the draft.

Over the past seven years, the Canucks have made 48 draft picks — one fewer than the 49 draft picks allotted to every team during that span. They’ve had seven first-round picks and five second-round picks total, so they haven’t added draft capital at the top of the draft.

The closest thing to true rebuilding moves made by the organization were the Alex Burrows and Jannik Hansen trades, where they again didn’t add draft picks, only prospects Jonathan Dahlen and Nikolay Goldobin, who regrettably didn’t pan out for the Canucks.

Some have asked if the Canucks need to rebuild again after crashing and burning this season, but they arguably never rebuilt in the first place.

How Bieksa's trade to the Anaheim Ducks happened

Bieksa made his comments after talking about the process behind his trade. He had a no-movement clause at the time, so could pick his destination.

The Sharks flew Bieksa out for the day to sell him on playing for the team. “Jumbo [Joe Thornton] wants you, [Patrick] Marleau wants you,” he was told. After some other pitches, Bieksa, with some advice from his wife, picked San Jose.

“Even though it felt weird, because it was San Jose and it was one of our rivals and I had some good memories playing against them, we decided to go for it and called them and said yes, we’d like to take you up on your offer,” said Bieksa.

That’s when the deal fell through. It was known that Benning wanted a second-round pick — “It was pretty fair,” said Bieksa — the Sharks apparently tried to offer their second-round pick from the following year. Given the time of the trade, that would have been for the 2017 draft rather than the 2016 draft.

The deal didn’t work out and Bieksa needed to scramble to pick a different team, eventually going to the Anaheim Ducks.

“That’s the business side of hockey, right?” said Bieksa. “There’s a lot of those stories that happen behind closed doors that people aren’t really privy to.”

It was ultimately a moot point as the pick was immediately traded away.

"The ship kind of kicked me off."

Getting traded was tough for Bieksa, who had said he would go down with the ship in Vancouver. Instead, he said, “The ship kind of kicked me off.”

“They made you walk the plank,” joked Jason Brough.

“I probably would have stayed there my whole career had they had extended me,” said Bieksa. “At the end of the day, you’ve got to have a little bit of pride. Just like you guys. One day you’re going to get kicked off this radio show, probably in the next couple years, and are you going to fight to stay or are you going to leave with your dignity?”

“I’m going to leave, but it won’t be with any dignity,” replied Mike Halford.