The Canucks acquire a 6th-round pick from the Jets and also swap 4th and 5th-round picks with the Blackhawks.
Apr 12, 2021 1:20 PM By: Daniel Wagner 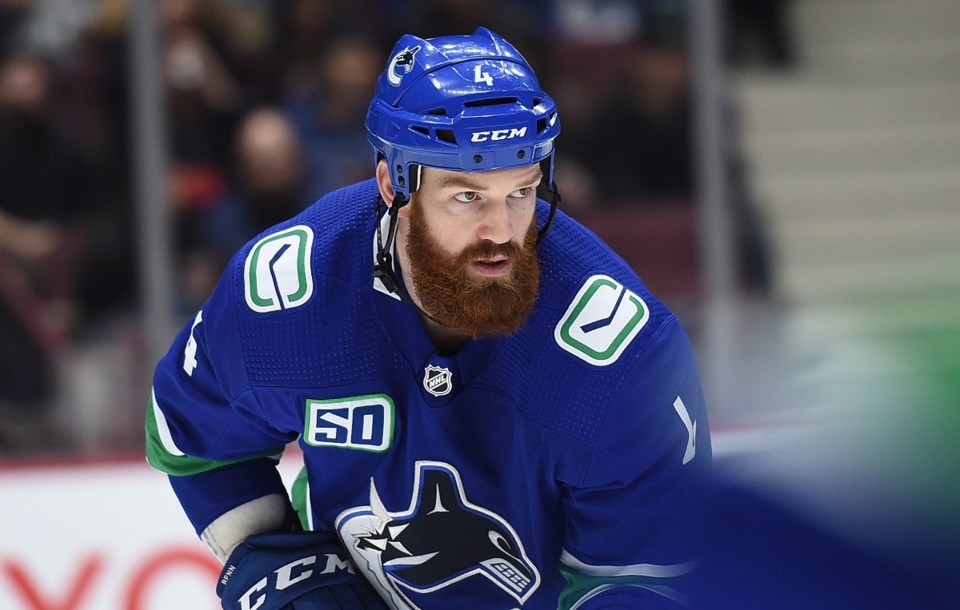 Jordie Benn is done with the Vancouver Canucks after a trade to the Winnipeg Jets. photo: Dan Toulgoet

Avoiding Elton John and David Bowie references might be difficult when it comes to the Canucks’ two last-minute trade deadline deals.

For once, Jim Benning acquired a draft pick in a trade, picking up a sixth-round pick from the Winnipeg Jets in exchange for veteran defenceman Jordie Benn. Yes, it’s Benn-y to the Jets.

Moments later, it was announced that the Canucks had also traded for defenceman Madison Bowey from the Chicago Blackhawks in a separate deal, sending a fourth-round pick to the Blackhawks and also getting a fifth-round pick in return. The Canucks are hoping Bowey can be a diamond (dog) in the rough after a rocky start to his NHL career.

So, between the two moves, the Canucks get Bowey and two late-round picks from trading away Benn and a fourth-round pick.

Let’s look at the two moves separately. First off, Benn was unlikely to net a significant return as a 33-year-old bottom-pairing defenceman on an expiring contract. While Benn has some value on the penalty kill, he struggles to defend at even-strength, though he’s better on his right side than he is on his left.

The Jets need help on defence but Benn doesn’t really move the needle much for them. He provides depth and could be a steady defender for them if they play him on the right side.

A sixth-round pick isn’t a great return for Benn but at least it gives the Canucks another kick at the can in the later rounds of the draft where they can potentially unearth some gold. It’s certainly better than letting Benn walk for nothing in free agency at the end of the season.

The trade for Madison Bowey is a little harder to fathom.

Several years ago, Bowey was a compelling prospect coming out of the WHL with the Kelowna Rockets. The right-shooting defenceman had 60 points in 58 games in his final season in junior and won gold with Canada at the World Juniors to boot.

In the NHL, however, Bowey has struggled, bouncing between the NHL and AHL. Now 25 years old, he has 40 points in 156 NHL games but has some significant flaws defensively that have made it difficult for coaches to keep him in the lineup. According to some metrics, Bowey has been one of the worst defencemen in the league.

In fact, Bowey was on waivers earlier this season, available to claim without spending any assets at all.

That said, the difference in value between a fourth and a fifth-round pick is minimal, so it’s not like Bowey cost the Canucks much to acquire. He also provides some flexibility for the upcoming Seattle Kraken expansion draft.

Teams are required to expose at least one defenceman who is under contract through next season and has played at least 27 NHL games this season or 54 NHL games over the last two seasons.

Bowey fits the bill. He’s signed through next season for $725,000 and has played 55 games so far over the last two seasons. He’s likely to play a few more here in Vancouver.

If the Canucks are gambling on Bowey becoming a core part of the team moving forward, it’s a bet with low odds of panning out. If they’re instead simply rearranging the roster in order to protect a player like Tyler Myers in the expansion draft, that makes more sense, though it’s also troubling given that Myers is a player the Canucks should want Seattle to claim.