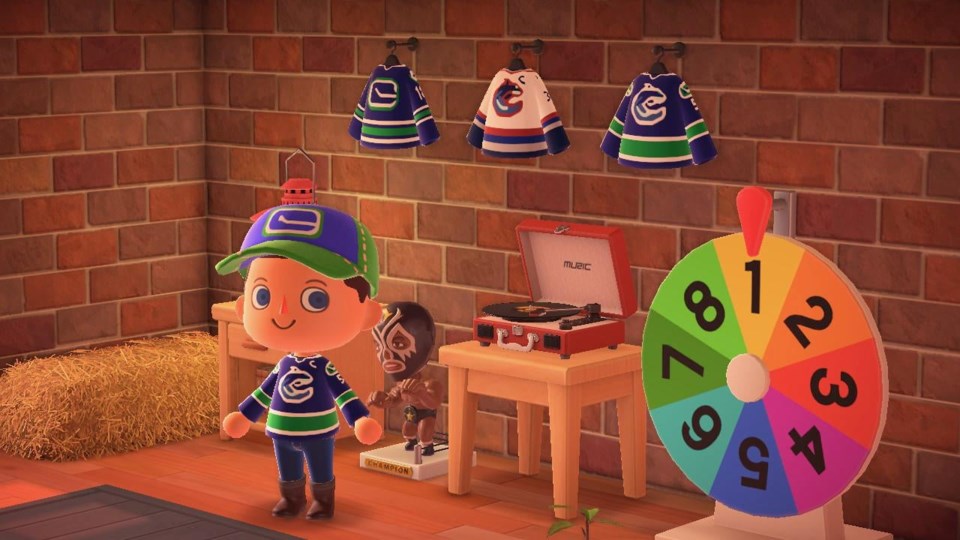 With so many people stuck at home with little to do but watch and read the increasingly-stressful news, the peaceful, calming nature of Animal Crossing provides a much-needed balm, as well as a stand-in for social interaction.

Animal Crossing is a life simulator, of sorts, where the player moves into a town full of anthropomorphic animals and makes friends, collects seashells and fruit, goes fishing, crafts items, and decorates their house. In fact, in New Horizons, the player can decorate an entire island with furniture and items.

Players can even visit their real-life friends in the game, taking a trip to their island to see the community they’ve built.

It’s like a little holiday — it’s a calm and serene game, with no pressure to play a certain way. You can’t really win Animal Crossing, but you can’t lose either. At a time when it feels like the whole world is losing, it’s nice to escape to a more relaxing world where losing isn’t possible.

One of the particularly fun aspects of the game is the ability to design your own clothing. Players have done some incredible things with the seemingly-limited design tool, from brilliant recreations of real-world outfits, to Pokemon and Sailor Moon cosplay for their characters to wear. The designs are even shareable via QR codes.

Canucks fans have used the design tool to show off their allegiance, creating custom-designed Canucks jerseys in the game, along with other apparel.

One of the troubles with the Canucks’ logo, whether the current orca or the retro flying skate, is that it’s not the easiest to translate into a tiny version using a grid, which is how the Animal Crossing designer works. For example, there’s this frankly heroic effort to recreate the flying skate from u/PharoahNATO on the Canucks subreddit. 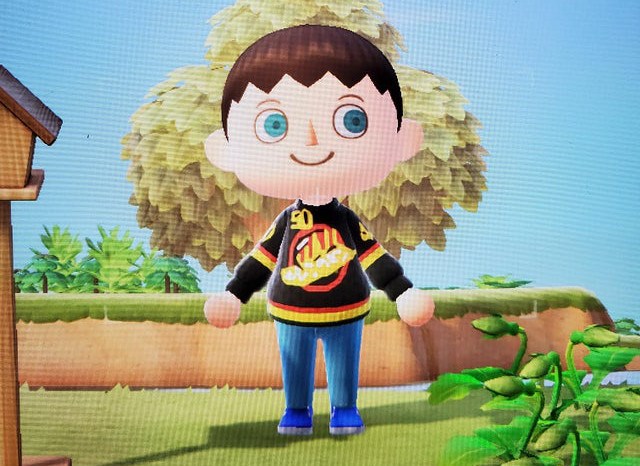 You’ll note that this isn’t a jersey from the 90’s, but the 50th anniversary edition from this season, thanks to the 50 on the jersey. It appears to be a Pettersson jersey, judging from the number 40 on the sleeves.

The easiest Canucks logo to recreate is the classic stick-in-rink logo from the 70’s that has been used as a third jersey in more recent years. The simple and iconic design translates more easily to a tiny jersey, as illustrated by u/PLEASE_STEP_ON_ME. 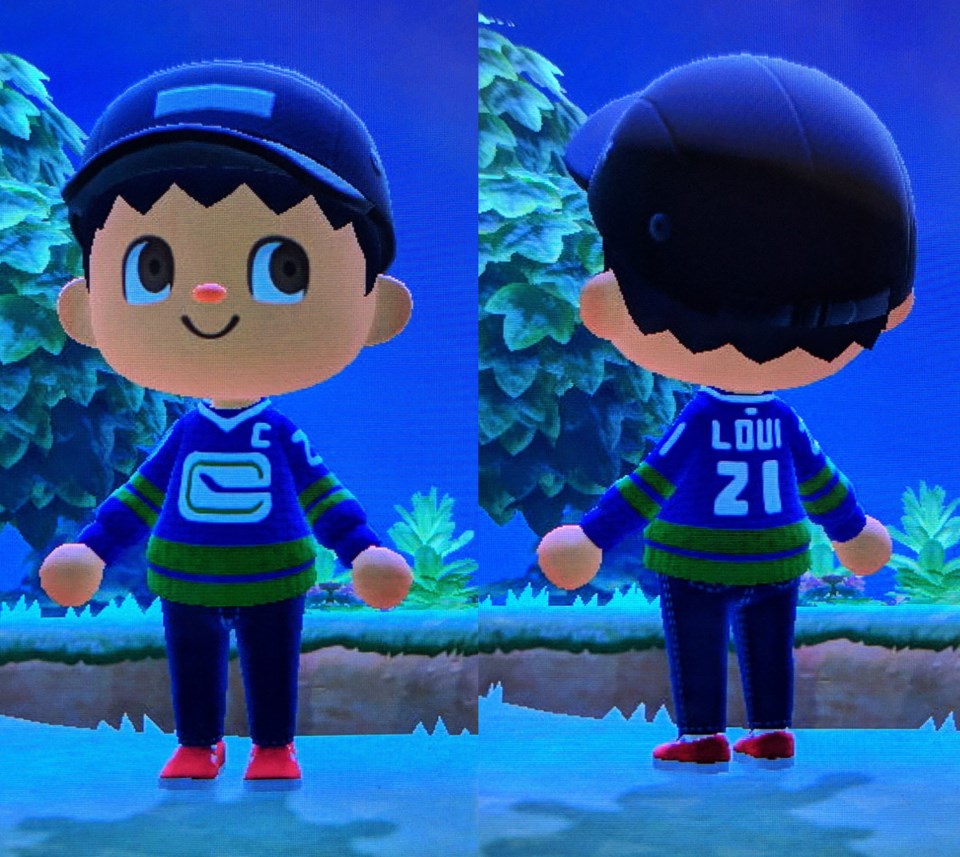 Evidently, Loui Eriksson was named captain of the Canucks on their island. I don’t think I want to visit that island.

The logo translates nicely to other apparel as well, like this hoodie from u/Red_AtNight. 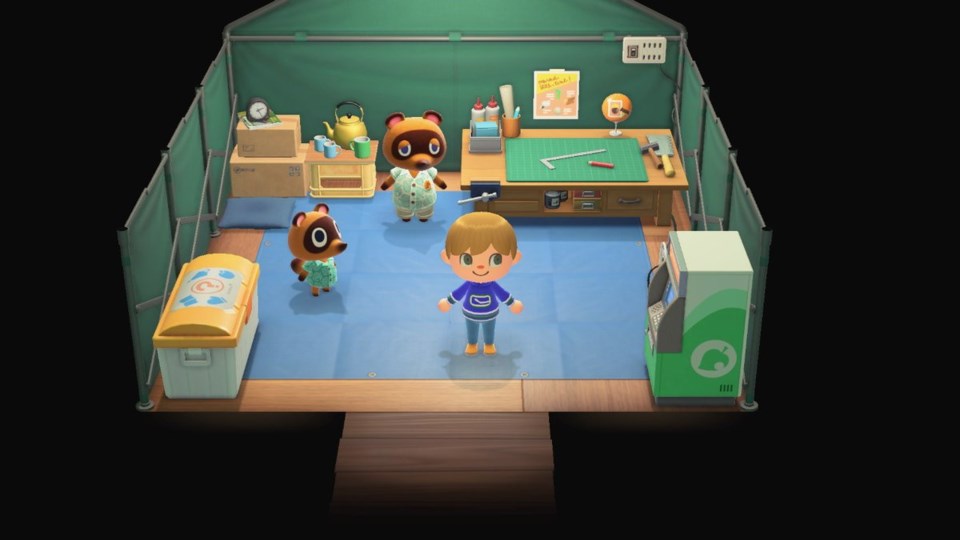 One enterprising Reddit user, u/Goomba_Face, went even further, designing Animal Crossing jerseys not just for the Canucks, but every single NHL team. Their take on the Canucks’ orca is impressive given the limited tools at their disposal in the game, but they also created a full slate of Canucks jerseys, from the 2000’s maroon, navy, and silver orca, to the modern blue and green orca, to the classic stick-in-rink.

That inspired u/vidguy to create a “Canucks den” using u/Goomba_Face’s jersey designs, a custom stick-in-rink hat, and a lottery wheel that will hopefully land on the Canucks’ number, unlike back in 1970.

This Vancouver hobbyist made a custom blue and green Flying-V Canucks jersey and it’s gorgeous
Feb 4, 2020 9:44 AM

Ask it to Bulis: Tanev's last game with the Canucks, hand-washing anthems, and the bearer of the Crap Mantle
Mar 20, 2020 3:13 PM
Comments