Ronning shared a picture on Instagram of him dressed up like Matt Doherty's Les Averman.
Mar 23, 2021 7:03 PM By: Daniel Wagner 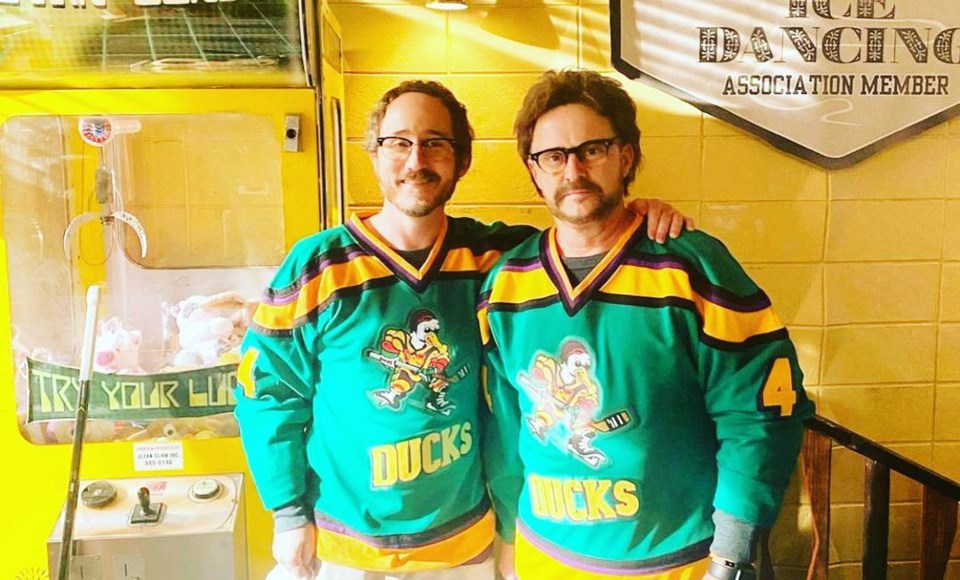 Cliff Ronning shared a picture of himself as a member of the Mighty Ducks alongside Matt Doherty's Les Averman.Cliff Ronning / Instagram

One team he never played for, however, was the Anaheim Ducks. At least, not until last summer, when he suited up for the Ducks at the age of 55. Well, to be clear, it wasn’t the Anaheim Ducks — it was the District 5 Mighty Ducks as part of the upcoming Disney+ TV series, The Mighty Ducks: Game Changers.

Ronning shared a picture of himself on his Instagram decked out with a wig, glasses, and fake hair to resemble Matt Doherty, who played Les Averman in the original Mighty Ducks film trilogy and will reprise his role on Game Changers.

The TV series was filmed in Vancouver, so Ronning, who was born and raised in Burnaby and still lives in the area, a natural fit with the production.

The character of Averman, along with several other characters from the film trilogy, are expected to appear in the sixth episode of the series, titled “Spirit of the Ducks.”  The series is scheduled to be released on March 26, 2021, with one episode released per week.

Ronning also shared a picture of his son, Ty Ronning, also decked out in a Mighty Ducks jersey. Ty was also a skating double for one of the original Mighty Ducks, perhaps Garette Henson’s Guy Germaine.

Ronning’s only previous IMDB credit is as himself in the documentary “Pixelated Heroes” about the legends of video game hockey. Ronning was famously one of the fastest, most skilled players in NHL 93 because he was friends with one of the people involved in making the game.

Former Canuck Ryan Kesler opens up about the problem of painkillers in the NHL in TSN report
Sep 24, 2020 12:08 PM
Comments