At a $1.125 million cap hit, Sutter makes sense for the Canucks.

Heading into free agency, the Vancouver Canucks had a need in their bottom six: a right-shot, faceoff-taking, penalty-killing centre.

It turns out they didn’t need to look far, as they already had exactly that player: Brandon Sutter. The Canucks signed Sutter to a one-year deal worth $1.125 million.

On that kind of contract, Sutter is a lot more palatable compared to when he was making $4.375 million per year. Sutter can find a home on the fourth line behind recent trade acquisition Jason Dickinson and play a role for the Canucks.

The 32-year-old Sutter can still win faceoffs — he had a 55.5% faceoff percentage last season — and is still effective on the penalty kill. While his 5-on-5 impact has deteriorated, he can handle a more limited role. 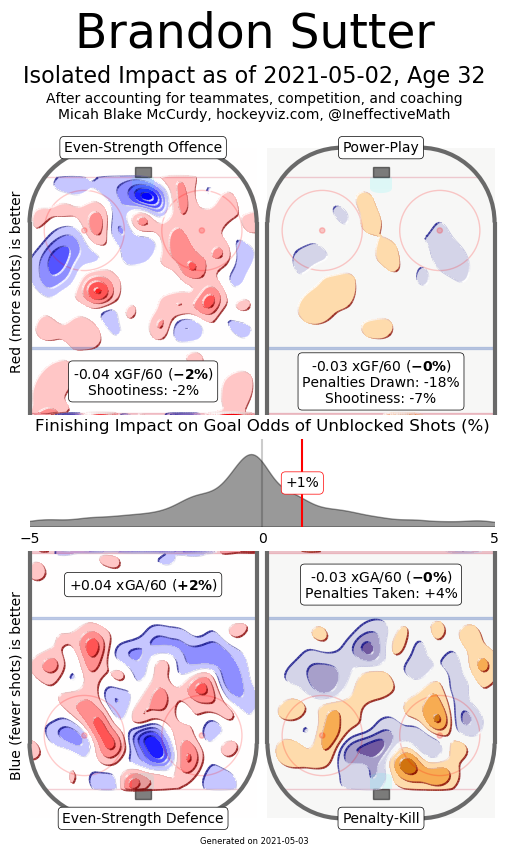 The Canucks also prize Sutter’s leadership in the locker room. He’s a respected veteran voice among the team’s young core and has worn an "A" since 2016. There's a familiarity and comfort level there for both the Canucks and Sutter.

“I've never really been in this situation before,” said Sutter about being an unrestricted free agent for the first time. “It's different but I don't really love change too much. I like to be where I am...I’ve loved my time here and I want it to continue.”

At the very least, Sutter is an upgrade on Jay Beagle on the fourth line. Beagle was moved to the Arizona Coyotes as part of the trade for Conor Garland and Oliver Ekman-Larsson. Sutter provides better two-way play than Beagle and can also provide a dash of scoring — he had 9 goals last season.

$1.125 million for one year is fair value for what Sutter can bring to the Canucks lineup.