Tennis star Eugenie Bouchard has shown up too, along with lots of current and former NHLers.
Jun 9, 2021 2:45 PM By: Brendan Kergin 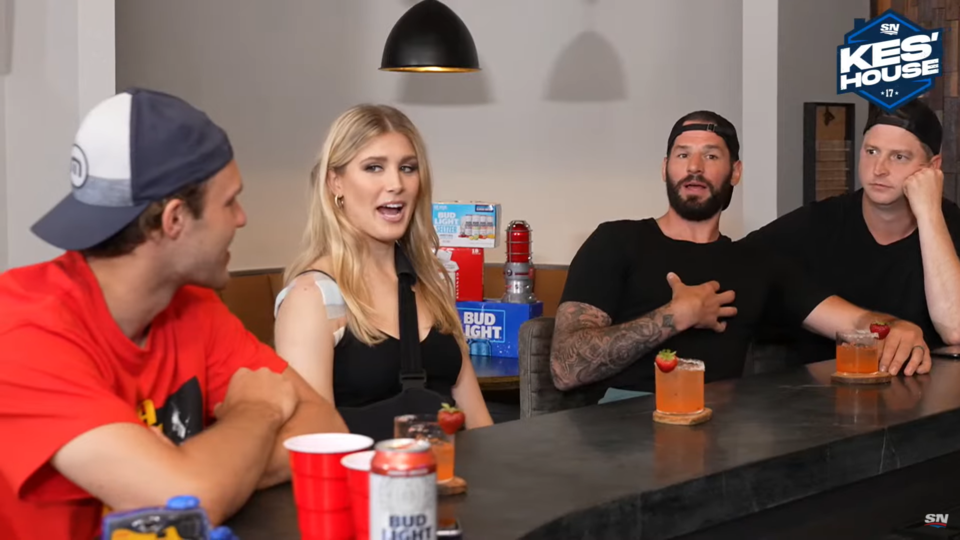 If you've wondered what Ryan Kesler's house looks like, a new web show from the former Canuck and Sportsnet is giving you a glimpse inside.

Called Kes' House, Kesler is essentially hosting watch parties for the Stanley Cup playoffs, with current and former NHLers along with other athletes and, for some reason, a call-in with singer/human canvas Post Malone about wine.

Other sports-world celebrities are making the trek to Michigan now, to participate in future watch parties, like sports journalist Julie Stewart-Binks and retired NHLer Anson Carter.

Wheels up, Detroit Rock City ✈️ On my way to “Kes’ House” to have some fun on @Sportsnet for the #StanleyCup see you soon @Ryan_Kesler @AnsonCarterLA @Brinksy97 #itson

Located on a lake in Michigan, Kesler shows off his crib a bit too, with boats, beer pong and a bunch of other things for the group to get into when they're not sitting at the bar watching the game and telling stories (like how bad Raffi Torres' feet stink).

Being that it's a livestream with a bunch of people in their 20s and 30s, there's a language warning for any of the game videos.

Tyler Toffoli keeps twisting the knife with his playoff performance for the Canadiens
Jun 8, 2021 1:55 PM
Comments