The former Canuck is racking up points in the playoffs, making it even more painful that Jim Benning didn't re-sign him.
Jun 8, 2021 1:55 PM By: Daniel Wagner 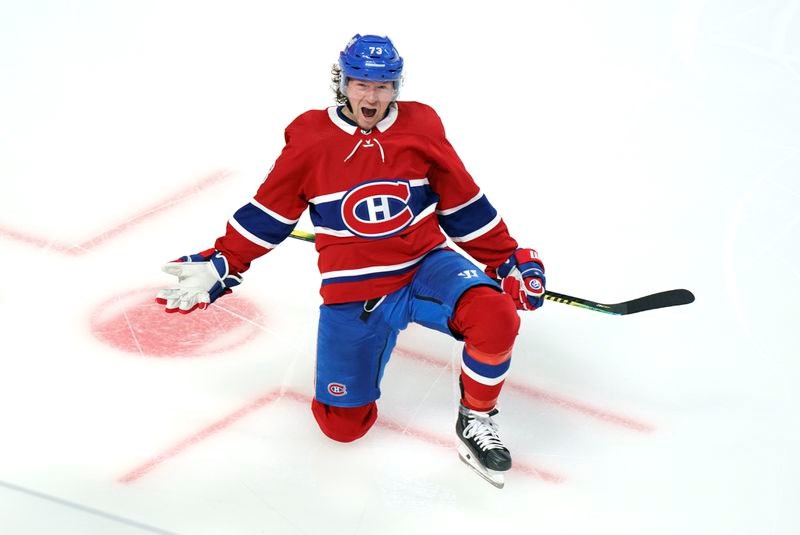 On Monday night, the Montreal Canadiens eliminated the Winnipeg Jets from the playoffs, completing the four-game sweep with a thrilling overtime win.

Surprisingly, a general manager from a completely unrelated team was trending across Canada on Twitter in the wake of the Canadiens’ victory. Or maybe it shouldn’t be surprising that Vancouver Canucks GM Jim Benning was trending considering who scored the overtime game-winning goal: Tyler Toffoli.

Some of Benning’s errors as GM are easy to ignore. Loui Eriksson barely even played this past season and was relegated to the taxi squad — out of sight, out of mind. Toffoli, however, is the one mistake Benning hasn’t been able to escape.

Every goal Toffoli scored against the Canucks this season — and there were a lot of them — felt like a statement. This was the team that traded their top centre prospect and a second-round pick for his services last season, then didn’t see fit to re-sign him even though he wanted to stay in Vancouver. With all eight of his goals in eight games, Toffoli seemed intent on showing the Canucks exactly why they should have re-signed him.

Toffoli didn’t just score against the Canucks either. He led the Canadiens in scoring with 44 points in 52 games and his 28 goals were good for seventh in the NHL.

In the playoffs, with no Canucks in sight, Toffoli has continued to excel. He leads the Canadiens in scoring in the playoffs with 4 goals and 10 points in 11 games. His latest point sent the Canadiens to the Stanley Cup Semifinals as he hammered home a Cole Caufield pass in the second minute of overtime.

What makes all of this so much more painful is that Toffoli wanted to stay in Vancouver.

Did Benning run out of time or not?

Benning’s explanation of how Toffoli didn’t get re-signed has morphed over the last several months. When Toffoli initially signed in Montreal, Benning downplayed the importance of his departure, emphasizing that the Canucks essentially had the same group of forwards as last season minus Toffoli and Josh Leivo. It seemed clear that improving the forward group was not a priority

Then, in the midst of Toffoli’s dominance over the Canucks this past season, Benning claimed that he wanted to sign Toffoli after all but “ran out of time.”

“It was our intention to try and get him signed and if we could have had a little more time, we could have tried to work through that,” said Benning in February. “It got to a point where I know Tyler wanted to come back and we were trying to figure it out. We kind of ran out of time with him getting offers and one he needed to take. We would have had to move money out.”

By the end of the season, however, Benning’s story had shifted again.

“It wasn't so much running out of time,” said Benning. “What had happened is the landscape shifted. We were going from possibly an $85-88 million cap to an $81.5 cap. We had to make hard decisions, knowing that we have Thatcher Demko that we needed to re-sign, Quinn Hughes and [Elias Pettersson]. So, we made tough decisions at the time.”

"There was no offer from the Canucks."

He made it clear heading into the offseason that he wanted to stay in Vancouver. “That’s my number one priority as of right now,” said Toffoli. “I felt I fit in really well on the ice and off the ice with all the guys. It was a little shorter than I wanted it to be.”

It makes sense he would want to stick with the Canucks. Tanner Pearson is one of his best friends and Toffoli immediately found chemistry on the top line with J.T. Miller and Elias Pettersson.

When a deal didn’t get done, Toffoli said the Canucks “didn’t really have a whole lot of conversations with us, with myself and my agent.” He expanded on that later in an article for The Players’ Tribune.

“From the second I got on the ice there, I just loved it...I was rejuvenated...I felt a real connection to the city,” said Toffoli about his arrival in Vancouver, then added, “I could have seen myself finishing out my career there.”

Instead, Toffoli made it clear: "there was no offer from the Canucks." There were no negotiations, no back-and-forth on salary and term — Benning didn’t give Toffoli and his agent any offer at all.

Rick Dhaliwal, who is more connected with player agents than any other reporter in Vancouver, put it plainly on Tuesday’s episode of Donnie and Dhali - The Team on ChekTV.

“Toffoli instructed his agent to get a deal done in Vancouver, I want to stay here,” said Dhaliwal. “He never got an offer.”

Benning talked about needing to move money out to make room for Toffoli, but the only reason he needed to do that was because of a situation he created. Never mind the contracts from past years that put the Canucks up against the salary cap, Benning created a situation where he was unable to sign Toffoli just in the last offseason.

Toffoli signed in Montreal on a four-year deal worth $4.25 million per year. Benning signed Braden Holtby, coming off a season with a brutal .897 save percentage, to a deal worth $4.3 million per year. Then there was the $2.55 million contract for Jake Virtanen, when the time was right to walk away from the winger and either let him go to free agency or trade him.

Between just those two deals, there was enough money to re-sign Toffoli and find a cheaper option in net to back up Thatcher Demko, without any need to buy out a contract. Certainly, buying out Brandon Sutter could have cleared even more space, but that was clearly a difficult sell to ownership in the midst of a pandemic that was keeping fans out of arenas.

So, instead of a top-line winger that might have kept the team on-track in a chaotic season, the Canucks got a goaltender who slid even further to an .889 save percentage and a winger who managed just five goals and no assists, and was a frequent healthy scratch.

For some fans, Toffoli’s brief stint with the Canucks is emblematic of everything wrong with Benning’s tenure as GM. The trade for Toffoli betrayed short-term, make-the-playoffs-at-any-cost thinking that is clear in many of Benning’s moves over the past seven years.

Toffoli's departure, then, shows an inability to multitask, prioritize, and identify needs and the right players to fit those needs. The Canucks have been willing to open up their wallets for bottom-six forwards in free agency in previous years, overpaying the likes of Jay Beagle and Antoine Roussel. It's frustrating that they couldn't do the same for a player that would have actually made the team better.

Meanwhile, other Canucks fans can’t believe anyone is still talking about Toffoli and the Canucks. But as long as Toffoli keeps on excelling for another team, every goal will just keep twisting that knife a little further.

Jim Benning tried to put out the Tyler Toffoli fire but just made everything worse
Feb 4, 2021 10:36 AM

Tyler Toffoli’s dominance against the Canucks could be a breaking point for Jim Benning
Feb 3, 2021 12:21 PM

With a mandate to make the playoffs, Benning promises “aggressive” offseason
May 21, 2021 4:05 PM
Comments