I Watched This Game: Hurricanes flatten the Canucks on Saturday morning

The Canucks kept pace with the Hurricanes early but the game got away from them in the second period.

The most deflating aspect of the Vancouver Canucks’ three-game losing streak on this road trip is that they haven’t played particularly poorly.

Sure, the Canucks haven’t looked exceptional, by any means, but they’ve generally looked pretty similar to the team that rattled off an 8-0-1 record in the first nine games under Bruce Boudreau. It’s the same aggressive tactics in the neutral zone, the same uptempo forecheck, the same focus on attacking the net.

It’s just that against the Florida Panthers, Tampa Bay Lightning, and Carolina Hurricanes, the Canucks have come up short.

Sure, there are reasons why the Canucks haven’t been able to have the same success in the last three games as they had in the previous nine. Against the Panthers, the Canucks were coming off 10 days without a game, which can throw off your rhythm. They were better against the Lightning and just needed some power play success to tie the game.

Against the Hurricanes, Thatcher Demko was unexpectedly thrown into the game to start when Jaroslav Halak tested positive for COVID-19 and had to enter the NHL’s COVID protocol. Also, the Hurricanes were particularly hungry to prove themselves after an ugly 6-0 loss to the Columbus Blue Jackets.

But the primary reason the Canucks haven’t seen success is that they’re just plain not as good as the Panthers, Lightning, and Hurricanes.

Of course, these kinds of losing streaks happen all the time in a season. Perhaps we shouldn’t read too much into three regulation losses, particularly when the Canucks just went nine games without one. Only, the team themselves have said that this road trip is a measuring stick.

“We’re gonna have a real tough road trip in January,” said Jim Rutherford when he was hired as president of hockey operations in mid-December. “Going through the gauntlet of Florida and Carolina and Washington — we’ll get a better read on this team at that time.”

Keep in mind, if the Canucks manage to sneak into the playoffs, this is the calibre of team they’ll be facing in the first round, or their Western Conference equivalent. If you want the team to see playoff success and not just make the playoffs and hope for the best, they need to be aiming to be as good or better than the Panthers, Lightning, and Hurricanes. 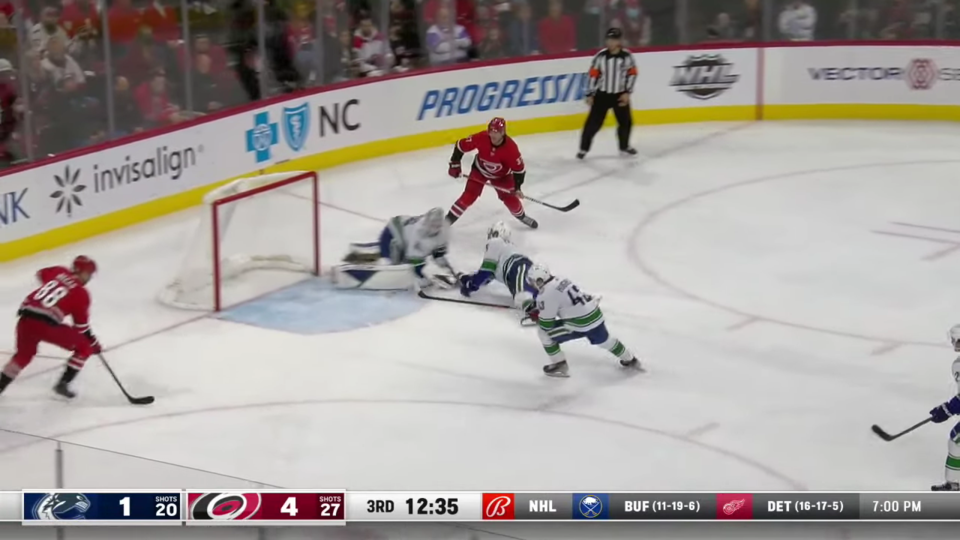 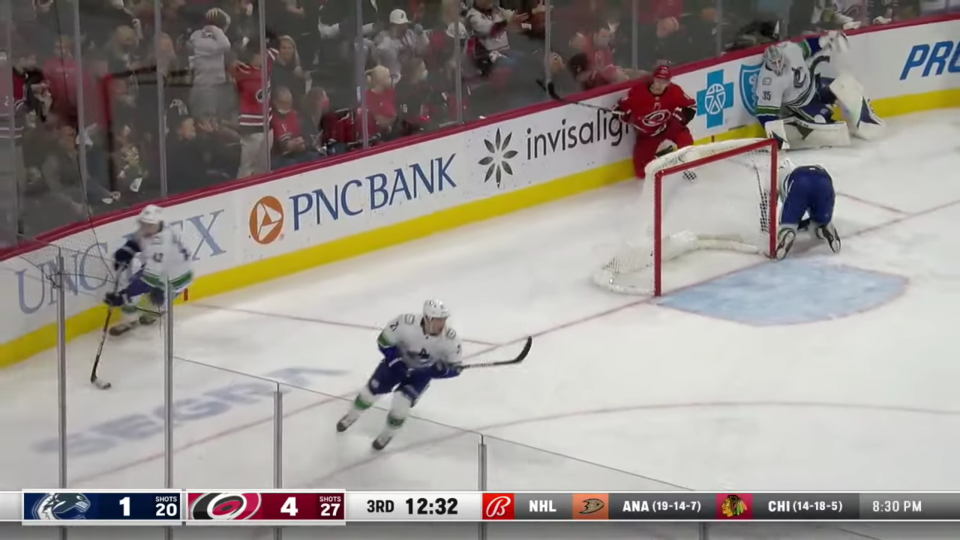