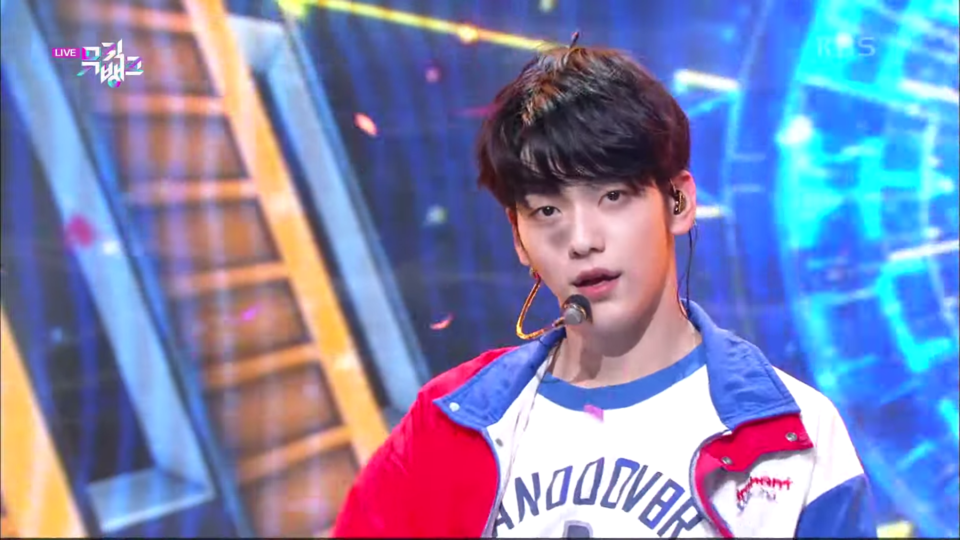 I’m not sure what the least likely place to see a Vancouver Canucks logo would be, but “on a K-pop star on South Korean TV” ranks pretty high up there.

Soobin is the leader of K-pop group Tomorrow X Together, aka. TXT. The band’s latest album, The Chaos Chapter: Freeze, has been a crossover hit, reaching number 5 on the US Billboard charts and they made their late night debut in the U.S. on the Late Late Show with James Corden this past week, singing their new single, “Magic.”

The song is a certifiable bop.

Soobin’s shirt was a little more late 2000’s, however, as he wore a Canucks t-shirt with “Vancouver” across the top of the orca logo, which the Canucks debuted in the 2007-08 season.

Only, there was something a little odd about the logo. Instead of “VANCOUVER,” the shirt clearly reads, “VANOOOVBR.” 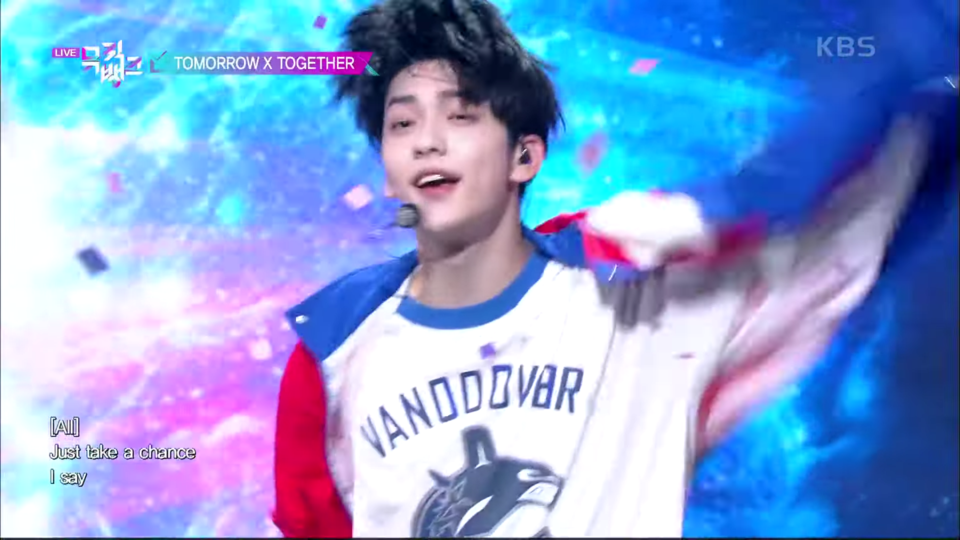 This was spotted by a keen-eyed Redditor and posted on the Canucks subreddit.

While oddly-spelled or phrased English merchandise isn’t exactly uncommon in places where English is not the primary language, that doesn’t appear to be what’s happened here. Instead, this seems entirely intentional, perhaps to avoid copyright issues.

In fact, if you look at some of the other shirts worn by the members of TXT, Soobin isn’t the only one with odd spelling.

The Kansas City Chiefs shirt appears to say “CIIFF.” A shirt that appears to be an Underarmor shirt, instead reads “IIIIDCRARMCUR AIIIIFTICS.” I’m sure that “TOURNDVENI” on the open baseball jersey is meant to be something else as well. 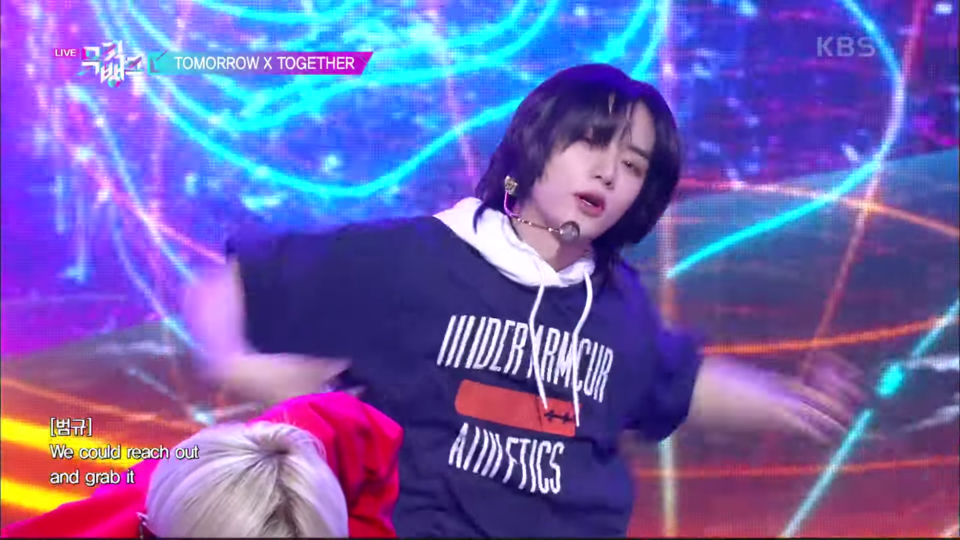 That's not how you spell Underarmor. By KBS World TV

Looking closely, the letters on the shirts appear to have been altered with small pieces of tape matched to the colour of the letters or the shirt. Adding a couple of lines to “VANCOUVER” can quickly turn the “C” and “U” into “O” and the “E” into a “B.”

The opposite is done with the Chiefs and Underarmor shirts, instead taking away parts of letters to turn them into an “I” or “C.”

My assumption is that this is done to avoid legal issues. You’ll sometimes see logos or shirts with branding on them get blurred on TV. This is called product displacement or, informally, “greeking.” While it’s not illegal to show a logo or use a brand, this is still done to avoid any chance of a legal problem or to avoid giving free advertising to a company or brand.

Is Soobin actually a fan of the Canucks? He wouldn’t be the first K-pop star to love hockey. NCT U did a full hockey-themed music video for their song “90’s Love,” though it helps that NCT U member Mark Lee is from Canada.

Tyler Toffoli keeps twisting the knife with his playoff performance for the Canadiens
Jun 8, 2021 1:55 PM