On the 10th anniversary of the 2011 Stanley Cup Final and riots, it's important to remember that a whole bunch of other terrible things have also happened to the Canucks in June.
Jun 15, 2021 4:46 PM By: Daniel Wagner

And I guess some stuff happened in Vancouver too.

While I was looking back at 2011, however, I realized something. That moment is not alone in Canucks history. A lot of the worst moments in the history of the Canucks have all happened in the same month: June.

What’s become more and more clear as I look through the archives of the Canucks is that June is a cursed month. Suddenly, everything becomes a lot more clear. How could the utterly dominant 2010-11 Canucks lose in the Stanley Cup Finals? It’s June’s fault.

Let’s take a look back at some of the worst things that have ever happened to the Canucks in June in chronological order and by the end, I think you’ll agree: June is cursed.

As most things do, it started at the very beginning.

The draft lottery that decided which expansion team — the Buffalo Sabres or Vancouver Canucks — would get the first overall pick in the 1970 draft was held on June 9th, with future Hall-of-Famer Gilbert Perreault at stake. The NHL had a prize wheel with numbers around the edges: the Sabres had the high numbers, 8-13, and the Canucks had the low numbers, 1-6. If the wheel landed on 7, they would spin again.

The wheel was spun and the Canucks table erupted in cheers as the wheel landed on the number “1” and they won the first-overall pick. But then Sabres coach Punch Imlach calmly pointed toward the wheel. It had actually landed on “11” but the design of the numbers had the double-digit numbers stacked vertically — a “1” on top of another “1.” 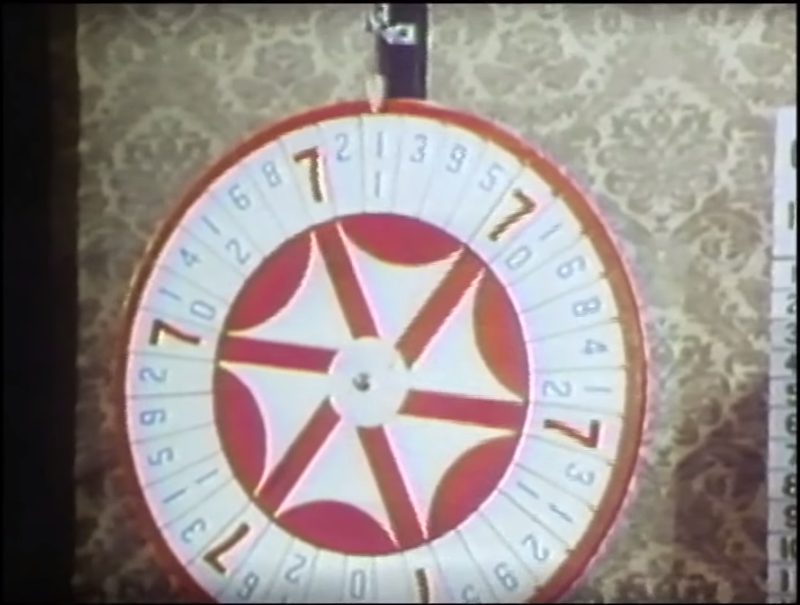 The confusing wheel for the 1970 NHL Draft Lottery. By NHL

The Canucks lost the lottery, Perreault went to the Sabres, and the Canucks picked Dale Tallon second overall. Five years later, Perreault led the Sabres to their first Stanley Cup Final and he finished his career with 1,326 points in 1,191 games.

The Canucks have yet to pick first in the NHL Entry Draft.

The worst trade in Canucks history happened in June, because of course it did.

It was June 6, 1986 when the Canucks gave up on Cam Neely, trading him to the Bruins for the more experienced Barry Pederson. The 25-year-old Pederson was a good player who had 40+ goal and 100+ point seasons under his belt when he joined the Canucks.

Neely became a dominant power forward with the Bruins, at one point scoring 50 goals in just 49 games. He was elected to the Hall of Fame in 2005.

Of course, the Canucks didn’t just trade Neely for Pederson. They also threw in a first-round pick, which the Bruins used on a top defenceman out of the WHL, Glen Wesley, who made the jump straight to the NHL.  Could the Canucks have used a defenceman capable of putting up 50+ points in the late 80’s and early 90’s? Maybe a little.

The worst part of it is, the Canucks traded Neely on his birthday. You’re just asking for bad luck when you trade a guy on his birthday, especially if that birthday is in June.

Really, a lot of Canucks drafts would end up on this list if all of them were held in June. In 1979, the Canucks drafted Ken Ellacott in the third round, one pick before the Edmonton Oilers took Mark Messier. In the fourth round, the Canucks took Arthur Rutland one pick before the Oilers drafted Glenn Anderson. That’s two Hall-of-Fame forwards taken right after the Canucks picked, not to mention that they missed out on Ray Bourque in the first round.

But the 1979 draft took place in August, so we instead turn to a draft where the Canucks missed out on two Hall-of-Famers instead of three.

The 1990 draft was held in Vancouver on June 16 at BC Place, with over 19,000 people in attendance. The Canucks had the second overall pick — because of course they didn’t have the first — and the 18th pick in the first round thanks to trading Harold Snepsts, Rich Sutter, and a second-round pick to the St. Louis Blues.

After Owen Nolan went first overall, the Canucks took Petr Nedved, who had a decent NHL career, even if he only played three seasons for the Canucks. The bigger issue is who went a few picks later to the Pittsburgh Penguins: Jaromir Jagr.

That said, picking Nedved over Jagr is forgivable. Years later, it came out that Jagr had sneakily assured that he would get picked by the Penguins by telling every other team that he wasn’t going to be able to come to the NHL right away. At the time, the Iron Curtain was just coming down and it was unclear when Jagr would come over from Czechoslovakia.

He told the Penguins, however, that he would be there “tomorrow” if they drafted him because he wanted to play with Mario Lemieux.

Besides, Nedved had just put up 145 points in 71 games in the WHL after defecting from Czechoslovakia himself. It’s completely understandable why the Caanucks went with Nedved.

The hulking Antoski was already 20 when the Canucks selected him and he was coming off a season where he wasn’t even a point-per-game in the OHL. These days, teams wouldn’t even think of drafting a player like that in the first round, but the Canucks liked his toughness and, sure enough, he made a career for himself in the NHL as a tough guy. By some measures, he’s one of the worst Canucks of all time.

The very next pick was Keith Tkachuk by the Winnipeg Jets. The pick after that? Martin Brodeur.

The Canucks could have left the 1990 draft with Jagr and Tkachuk, but they didn’t. It’s all June’s fault.

The New York Rangers jumped out to a 2-0 lead in the first period but Trevor Linden, battling through injuries, dragged the Canucks back into the game with a goal in the second period. The Rangers restored the two-goal lead late in the second, but Linden again scored to make it 3-2 in the third period.

Then, with five minutes left, Nathan LaFayette had the puck on his stick with nearly half the net open. A goal would have tied the game 3-3 and stunned the New York crowd.

Of course he hit the post, it was June.

5 | Mason Raymond gets his back broken by Johnny Boychuk

You’d think we’d make a bigger deal out of a guy literally getting his back broken during the Stanley Cup Finals. Johnny Boychuk spun Mason Raymond around and, with the puck long gone, slammed him awkwardly into the boards while he was bent over in a vulnerable position.

Raymond suffered a vertebrae compression fracture and took months to recover. He was arguably never the same player again. Boychuk didn’t receive a penalty for the hit, nor was he fined or suspended.

I don’t want to talk about it.

It was a disaster of poor planning. Thousands of Canucks fans were confined in a small area on the streets of Vancouver, with heightened emotions and tension from decades of futility. It was a powder keg and plenty of people were willing to light the fuse.

It’s a real low point in Vancouver history and one that shouldn’t be forgotten.

We also shouldn’t forget what is really to blame for the riot: June.

What would it take to get the Seattle Kraken to pick Loui Eriksson in the expansion draft?
Jun 4, 2021 2:07 PM
Comments