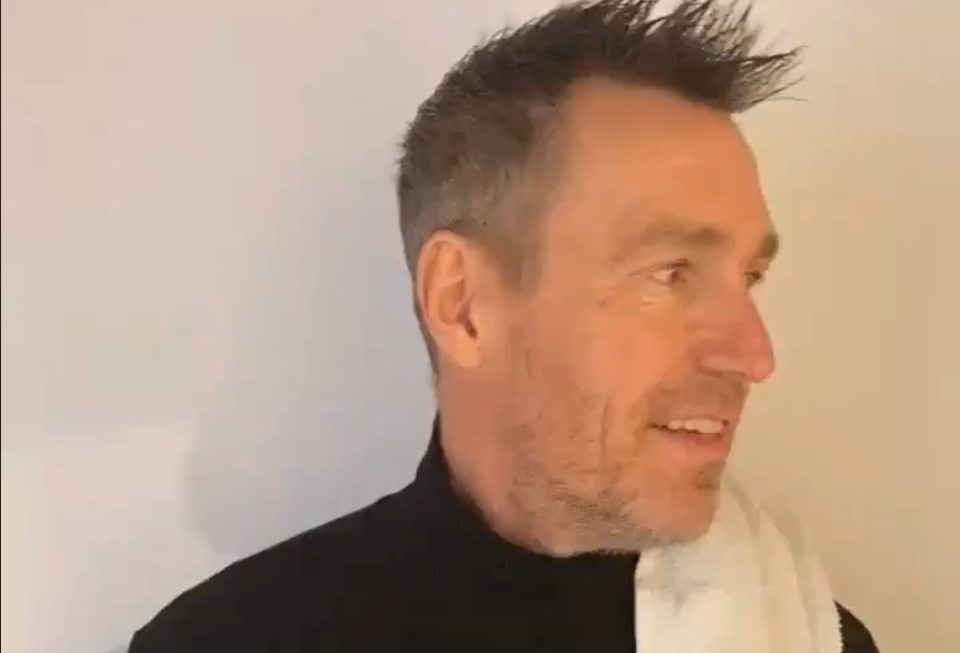 What is a 24-hour sports television network supposed to do without sports?

ESPN brought back The Ocho on the weekend, showcasing the bizarre side of sports: stone skipping, a national championship for electricians, professional eating, cherry pit spitting, and the thrilling world of marble racing.

But the sports networks are built around live games, the type of appointment viewing that is nearly dead in the age of the PVR and online streaming. Without new games to broadcast, there’s little else they can do but broadcast old games.

There’s a distinct upside to that: when you’re watching a new, live game, there’s no certainty that it will be a good one. That’s part of the thrill, of course — the chance that you might get to watch an instant classic or see the Minnesota Wild throttle all fun and excitement out of a game for the millionth time.

When it comes time to broadcast an old hockey game, the networks aren’t picking a 3-1 mid-season snoozer — they’re jumping straight to the best of the best, classic games that old fans will want to rewatch and new fans might have only heard about or seen the highlights.

On Sunday, Sportsnet Pacific broadcasted one of the best Canucks games of all time: the Game 7 overtime classic against the Calgary Flames from Round 1 of the 1994 Stanley Cup Playoffs. It was (and still is) an amazing game, featuring two all-time great Canucks moments: Pavel Bure’s overtime game-winning goal and “The Save” by Kirk McLean.

Those are the two moments that everyone remembers, but watching the game itself as a whole is a different experience. It’s a reminder of how different the game was in so many ways, from the style of the goaltending, the overall slower speed (apart from Pavel Bure), and the nearly-unfathomable amount of interference, holding, and hooking that went uncalled by the referees.

Part of the fun of the re-broadcast was how the Canucks Twitter account, along with fans and some members of the media, treated it like a live game, tweeting along throughout.

The best moment, however, came after the game, when the Canucks added something new to go with the old game: a post-game interview with Kirk McLean. Very, very post-game. Like, 26 years post-game.

Clearly Captain Kirk is in his own home, responsibly socially distancing himself, and not surrounded by reporters. Still, it’s a fantastic conceit, with McLean going so far as to dry his face off with a towel before answering questions, which is a great sight gag.

The interview itself? Pretty typical hockey fodder about it being a “hard-fought game” and moving on to Dallas for Round 2, but the towel gag made it all worth it.

Everyone focuses on The Save, and rightly so, but McLean made an incredible 46 saves on 49 shots, compared to the paltry 31 saves made by Mike Vernon at the other end. It was a masterful goaltending performance beyond just the one save that sticks in the memory.

Finally, one last note from that classic game: we don’t give Jeff Brown anywhere near enough credit for his fantastic play that led to Bure’s goal. No, not the overtime game-winner, but his brilliant touch pass on Bure’s first goal of the game.

A power play goal from Bure, his second goal of the series, and it's a 1-1 game, mid-1st. 😅 pic.twitter.com/tXh4XifPyP

The Canucks were on the power play when Geoff Courtnall was hilariously hooked to the ice with no penalty call. The puck came to Bure on the right wing, who sent a pass to Brown, who was being closely checked at the time.

Instead of trying to corral the pass under pressure, Brown just tipped it through to Jyrki Lumme, getting enough of the puck to keep it from escaping the zone, but not enough to significantly slow its pace.

Lumme then sent a shot on net, Courtnall tipped it, and Bure cleaned up the rebound. Thanks to the shot and the tip, Brown didn’t even get an assist for his fantastic play at the blue line.

It’s not talked about nearly enough, but the deadline day trade for Brown, along with Bret Hedican and Nathan LaFayette, is one of the best trades in Canucks history, with Brown playing a crucial role in the 1994 playoff run. If only he had managed to stay healthy in subsequent seasons.