"It's every kid's dream to play professional hockey and you have to sign autographs doing that job, so I had to practice up."
Feb 26, 2020 4:58 PM By: Daniel Wagner 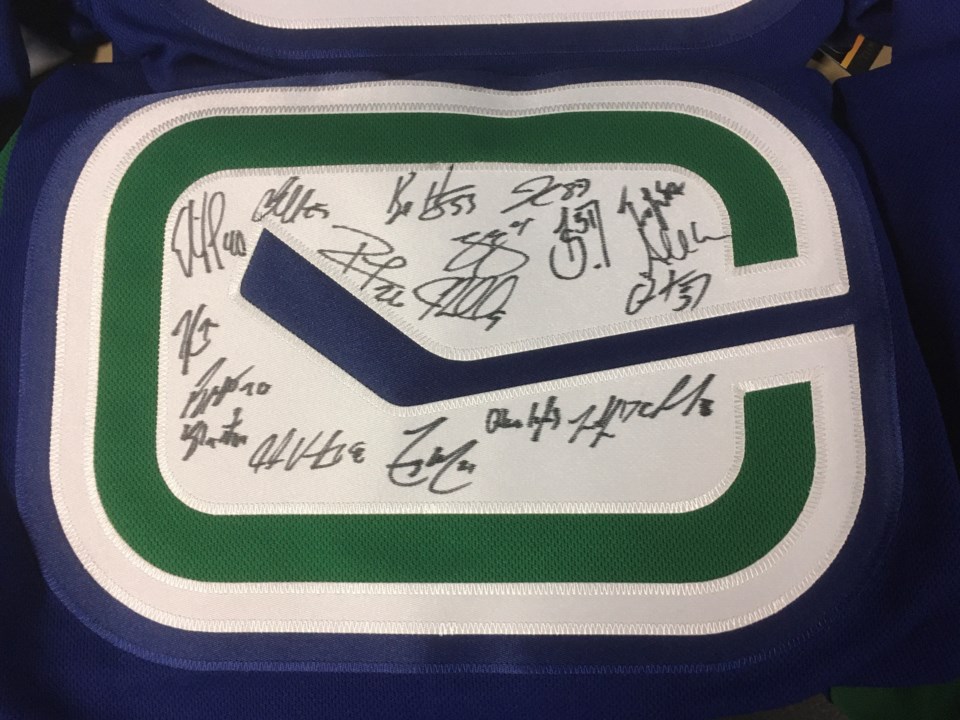 For some hockey fans, a signature from one of their favourite players is their most treasured possession. Fans wait in long lines to get their jerseys and cards signed in person or pay big prices for authentic autographed pucks and photographs.

But what about the players that do the signing? How do they view their autographs or, perhaps more importantly, the autographs of their teammates? Who has the best signature and who has the worst? I talked to a number of Canucks players to get their perspective.

Unsurprisingly, quite a few Canucks practiced their signatures when they were kids, dreaming of the day they would be professional athletes in the NHL and their autograph would be in high demand.

“I'd be lying if I said I didn't, because I did,” said Troy Stecher with a chuckle. “I was a doodler in school, drawing pictures on my notebooks and scribbling around everywhere. So I definitely, definitely worked on my signature, but now it’s nothing like what I probably drew when I was eight years old.”

Practicing his signature provided a welcome distraction for Jake Virtanen.

“In school and math class, I would just sit with my book, just autographs,” he said. “I don't know why, it was so stupid, but everyone did it, it was weird. Like, there was like eight guys in my class that would all do it.”

The same was true for Antoine Roussel, proving that kids across cultures look for ways to avoid schoolwork.

“As a kid, when I had nothing to do, when I was bored with homework,” said Roussel, then mimed writing signatures with a “fwoof” sound. “I would practice it a few times and sometimes it evolved.”

For Canucks captain Bo Horvat, however, practicing his signature had a professional bent to it.

“Oh yeah, all the time. Yeah, binders full of signatures,” said Horvat. “It's every kid's dream to play professional hockey and you have to sign autographs doing that job, so I had to practice up.”

A couple of the players shared their focus when signing: keep it simple, but recognizable.

“You can make out the T and the M and the number, so I think that's good,” said Tyler Myers. “You want to try and make some of it legible.” 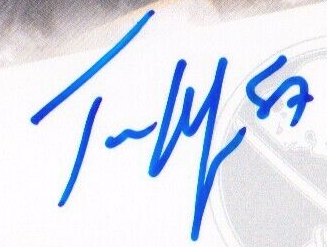 “It's pretty simple, just like me, just keep it simple and nothing flashy,” said Jay Beagle. “I think there's some guys that have really good signatures and autographs, but I've just always kept it pretty simple: a J and a B and the 83.” 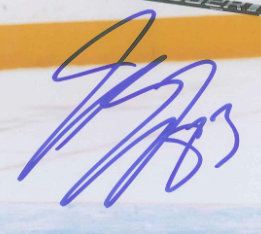 When asked who had the best signature, Stecher had no hesitation: “Me.”

“Mine's just the T with an S, and then it looks like a number seven, but that's supposed to be the Y and then just 51 in the middle,” said Stecher. “Simple, clean, easy, fast. Especially when you do stuff like Signing Day and there's 400 things to sign.” 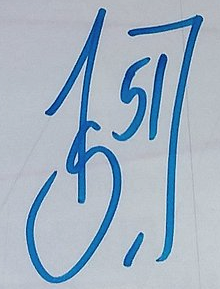 There seems to be a little bit of consensus in the room: Troy Stecher has the best signature on the team.

“You know what, just today I noticed Stecher's signature,” said Myers. “I really liked it and I'm pretty sure it was [J.T. Miller] that said, he was just about to say that too. He was signing right next to me, so you know Stechy's signature’s getting noticed.”

“Stechy takes a lot of pride in his signature, so he's really neat with it,” said Horvat.

There were a couple dissenting voices, however.

“Stech is too…” said Jake Virtanen, pausing while searching for the right word. “He's got perfect writing, so it's too fancy for me.”

When it came to Virtanen’s favourite signature on the Canucks, he reached a couple years into the past for a former teammate.

“I actually liked [Derek] Dorsett's when he was playing,” said Virtanen. “I liked his because it was just three D's in a row, because his name was Derek Dean Dorsett. So he just put DDD, it was so easy. It’s probably the one that I liked the most. He's not here anymore, but that was one of my favourites.”

Meanwhile, Beagle gave Stecher credit for having a great signature, but had a different choice for the best in the room.

“I think Rooster has the best one, Roussel,” said Beagle. “He likes to take up a lot of room, yeah, but I think he's got the best one, so why not?”

The size of Roussel’s signature has certainly been noticed by his teammates.

“I like Rooster’s, but he takes up half the page or half of the jersey every time you sign something,” said Stecher with a grin. “It's insane.”

“I noticed that out there on the table,” said Adam Gaudette. “He was right in the middle, big, big Antoine Roussel signature.”

Roussel couldn’t suppress a grin when told that his teammates had noticed the size of his autograph.

“The biggest signature?” said Roussel. “Well, sometimes! It's easier when it's bigger, but guys always like to chirp.”

When told that Beagle thought he had the best signature, Roussel smiled even wider.

“There you go,” he said. “When a guy like that speaks the truth. You gotta listen, you know?”

When it came time to identify the signature that needed the most improvement, one Canuck couldn’t help piping up.

“Me!” said Oscar Fantenberg as I was speaking to Myers, who quickly concurred: “Yeah, Fants definitely does.”

“I’m not used to signing stuff!” added Fantenberg with a big, self-deprecating smile.

Other than Fantenberg picking himself, one name came up several times: Quinn Hughes. Perhaps it’s just because the rookie is the easiest target for locker room chirping, but perhaps for other reasons, Hughes got picked on a bit.

“I know Huggy's is pretty bad, because he basically writes out his full name,” said Gaudette.

“I'll just pick on Quinn again. He's got some signing progress to make, that's for sure,” said Stecher, then threw some collegiate shade with a sly smile. “At Michigan, they’ve got their football, their basketball. Over at North Dakota, we just have our hockey, so he probably didn't get peppered too much for autographs there.”

Virtanen was a little less sly with his dig at Hughes.

“Definitely Huggy,” said Virtanen, then added, with his tongue firmly planted in his cheek, “He’s not, like, the brightest guy, so probably can’t write that well.”

“Ruthless!” exclaimed Beagle from the stall next to him. “This is a ruthless stallmate! I’m glad he’s my boy.”

Hughes, however, just shook off any criticism of his signature and had his own take on what’s important in an autograph.

“They think it's too long, but I don't care about that,” said Hughes about the jibes from his teammates. “I just print my name in cursive. For me, I think it's good when the fans know exactly who it is. You know, a lot of times you see scribbles.

“If you look at the guys who played, like the older guys — or baseball players in the 70s, 80s — hockey players 70s, 80s, 90s, when hockey cards were really big, their names were really clearly printed and looked nice and looked professional.”

“It takes a little longer,” added Hughes, “but it’s all good.”

“I think you should always be able to tell the name without the number,” he said, “and some guys can really do that.”

“I have two or three signatures, depends who I'm signing for,” Roussel added. “It depends, if I got to go really fast, you won't read the 'Roussel,' like for example we had the other day, we had like 400 signatures to do, my signature is a little bit quicker.

“But when I take my time, it's more proper and you can read 'Roussel' and I think that sometimes it's nice with your signature, you can read the name.”

Like Hughes, Roussel takes inspiration from the past when it comes to his signature, in particular two famous Frenchmen.

“Jean Beliveau, you can actually read 'Jean Beliveau' in his signature,” said Roussel. “I have a signature from him and Yvan Cournoyer at my place, and you could tell who signed it, so it's kind of cool. And I feel like when I take my time, that's what I'm doing.”

For fans that sometimes struggle to identify signatures, Roussel’s attention to detail is surely appreciated, as he hopes fans treasure his autograph in a similar way to how he treasures those of Beliveau and Cournoyer.