AstraZeneca, Moderna or Pfizer for your second dose? Dr. Henry says it's up to you

Starting on Monday, those who received AstraZeneca will be contacted by pharmacies or their workplaces, wherever they received the first shot, to book a second shot.
Jun 4, 2021 11:41 AM By: Cindy E. Harnett 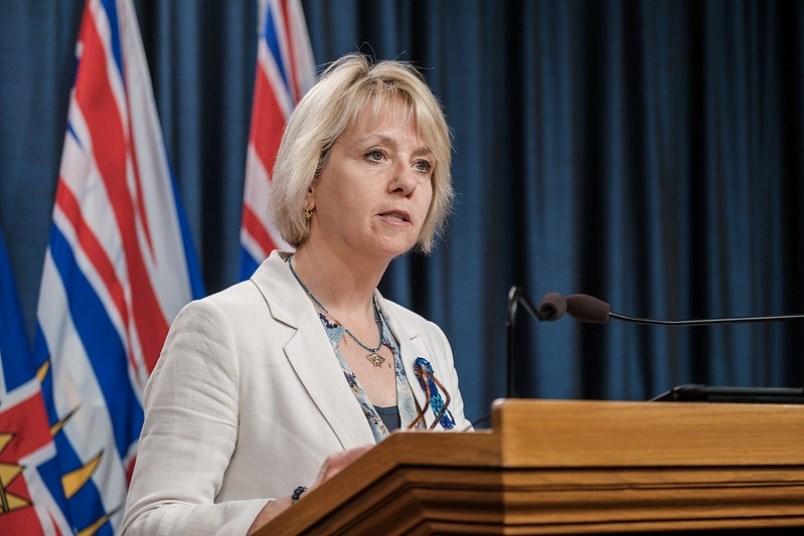 Dr. Bonnie Henry during one of her COVID-19 press briefings. (via B.C. Government)

It’s preferable to have the same COVID vaccine for both your first and second doses, but it’s safe and effective to mix and match, says B.C.’s provincial health officer.

This week, the National Advisory Committee on Immunization and B.C.’s Immunization Committee advised that, based on evidence from around the world, “viral vector” vaccines such as AstraZeneca-COVISHIELD and messenger RNA vaccines such as Pfizer-BioNTech or Moderna are interchangeable — which means a person can receive different types of vaccine for dose one and dose two.

On Thursday, Henry answered the most frequent question asked of practitioners: What would you do?

“Our basic principles of vaccines is that you should get the second dose with the same vaccine that you had your first dose,” she said. “And that’s what I would be most comfortable with.”

For those concerned about a rare vaccine-induced blood clot with AstraZeneca, that risk is reduced “considerably” for second doses, and the effectiveness of AstraZeneca is the same as Pfizer in real-world examples, Henry said.

Also to be considered, she said, are studies that show mixing and matching vaccines comes with increased risk of side-effects that include a sore arm, fever, achiness and feeling generally unwell for a couple of days.

Starting on Monday, those who received AstraZeneca will be contacted by pharmacies or their workplaces, wherever they received the first shot, to book a second shot.

Those who received AstraZeneca for a first dose but would prefer Moderna or Pfizer for a second can relay that to the pharmacy. As long as they are registered with the province’s age-based Get Vaccinated site, they will be contacted to book a second dose at least eight weeks after the first.

Henry urged people not to call the pharmacies, saying individuals should wait to be contacted. “We’re shipping out over the next few days, and the pharmacy where you received your vaccine will be in contact with you to set up those appointments.”

The Health Ministry said last month that 15,000 doses had been reserved for second doses in the Island Health region.

Bawa said the first of the approximately 1,000 people who received AstraZeneca through his Oak Bay and Hillside Avenue pharmacies did so in early April — when the vaccine was first opened up to people age 55 to 65. Those recipients are now coming due for second doses based on the province’s minimum eight-week to 12-week interval between shots.

As of 3 p.m. Thursday, Bawa had six people booked and estimated he’d have 30 booked for Friday. “We book slow and steady,” said Bawa. “It’s a lot of work on our end phoning them all and then giving them the choice of the government stream for Pfizer and Moderna but booking them if they’re OK with AstraZeneca.”

Due to spotty supply, there may be cases where Moderna is not immediately available as a second dose and Pfizer will be offered, Henry said. More Moderna is expected to be available later this month for those who want to wait.

“But I would encourage everyone to take the vaccine that you are offered when you go in for your second dose, and you can be reassured that we have looked at this evidence now with millions of people [and] it is safe and effective,” she said.

The province reported 199 new cases of COVID-19 on Thursday, including two in Island Health.

There are 2,563 active cases of the virus in B.C., and 224 people are in hospital, including 62 in intensive and critical care.

Two deaths were reported — both people in their 60s, one in Vancouver Coastal and one in Fraser Health — for a total of 1,709 since the beginning of the pandemic.

There are five active outbreaks in long-term care and assisted living and one in acute care.