“In those days, Hornby Street was the entertainment capital of British Columbia,” smiles Mel Warner who fondly thinks back to when Vancouver’s “Entertainment District” wasn’t corralled to the Granville strip.
Jan 17, 2014 2:33 PM By: Aaron Chapman 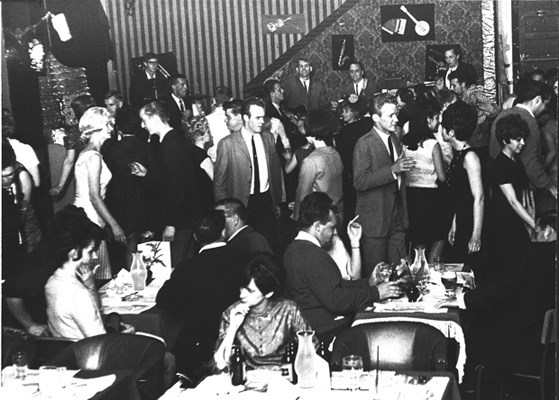 “In those days, Hornby Street was the entertainment capital of British Columbia,” smiles Mel Warner who fondly thinks back to when Vancouver’s  “Entertainment District” wasn’t corralled to the Granville strip. Back then, long gone nightspots like the Cave, Sugar Daddy’s and the Devonshire Hotel all stood on a short stretch of Hornby, and clubs big and small were dotted along the avenues throughout downtown.

And it was with his own humble beginning at a Thurlow street nightclub, that Warner found his start in the entertainment industry and would go on to make an indelible impression in Vancouver’s nightlife that’s still active today.

“Around 1973, in my final year of high school at Eric Hamber, I started working as a busboy at the nightclub Oil Can Harry’s. I’d go to school in the daytime and work there at night, and watch it all happen,” says Warner who immigrated to Vancouver with his parents from the Caribbean island of St. Kitts in 1964 and very much retains his Caribbean accent.

Occupying a space at 752 Thurlow, the club had once been a restaurant and a gay bar before legendary nightclub owner and fast-talker Danny Baceda and business partner Frank Hook put $40,000 into renovations and opened it as Oil Can Harry’s in 1966.

For the next 10 years, with its bandstand, mini—make that, micro — skirted go-go dancers and signature black-hat cartoon villain branding the walls, Oil Can Harry’s would become a smoky playboy’s den to some of the best Hammond B3 garage, R&B, psychedelic soul and jazz music west of Detroit. Artists such as Ike and Tina Turner and Edwin Starr made regular stops, as did local R&B acts such as the Night Train Revue, and Kentish Steele and the Shantelles.

“Those were the days that everyone used to dress up in suit and ties to go to nightclubs,” Warner laughs. “On Fridays people in town used to go to Murray Goldman’s clothing store to get a brand new tie — whatever the latest style was — and then come down looking sharp to Oil Can Harry’s. By 8 p.m., the place was packed!”

In 1976, Warner had not only graduated with a bachelor’s degree in science from UBC, he had also graduated at Oil Can’s from busboy to doorman, and eventually become one of the club’s bookers. “It was great working with Danny Baceda. I remember music industry people like Bruce Allen and Sam Feldman would come in and I’d overhear them wheeling and dealing, and listening to them talk about how they went about brokering deals, I learned some of that business language.”

Oil Can Harry’s closed in 1977 with the changing times, but Warner would already be ahead of them. With his St. Kitts roots, and knowledge of the local music scene, he formed Melo Productions, booking and promoting the some of the first notable reggae, Latin and African musicians concerts in Vancouver.

“I met the people who’d put on the Jimmy Cliff and Peter Tosh concert in 1981 at the Kerrisdale Arena, and I helped promote it. They were very encouraging of me to start doing reggae shows. It was like they put something in my drink — the entertainment bug — and it’s been in my system ever since then.”

Warner’s successful reggae shows in Vancouver in the ’80s, would catch the attention of Commodore Ballroom impresario Drew Burns who then offered the Ballroom as a venue for Melo Productions.

Throughout the ’80s and ’90s the Commodore was home to regular world music acts, with local reggae bands such as the Soul Survivors, Small Axe, Fire Temple and Tropical Breeze, as well as Warner promoting concerts by touring acts like Toots and the Maytals, Burning Spear and Byron Lee & The Dragonaires. That might have been no mean feat in another Canadian city like Toronto that possessed a larger Caribbean community as a fan base, but in Vancouver with a much smaller scene, Warner is perhaps an unsung hero for the amount of not only reggae but also African and Latin world music he’s had a hand in introducing to Vancouver audiences.

Last Saturday at Warner’s sold-out show for Bob Marley’s former backing band The Wailers, Warner stood at the back of the Commodore taking it all in. There are few currently in the business who can trace their resume back to the glory days of Vancouver’s downtown nightclub past, and he’s come a long way from his days as a busboy on Thurlow Street. But while the audience smiled and danced to the Wailers on stage, Warner was smiling too, looking at the crowd — and one coudn’t help but think he was smiling in the same way he had done, looking out into the audience at Oil Can Harry’s.