Being Jewish ‘and something else’ offers lesson in diversity 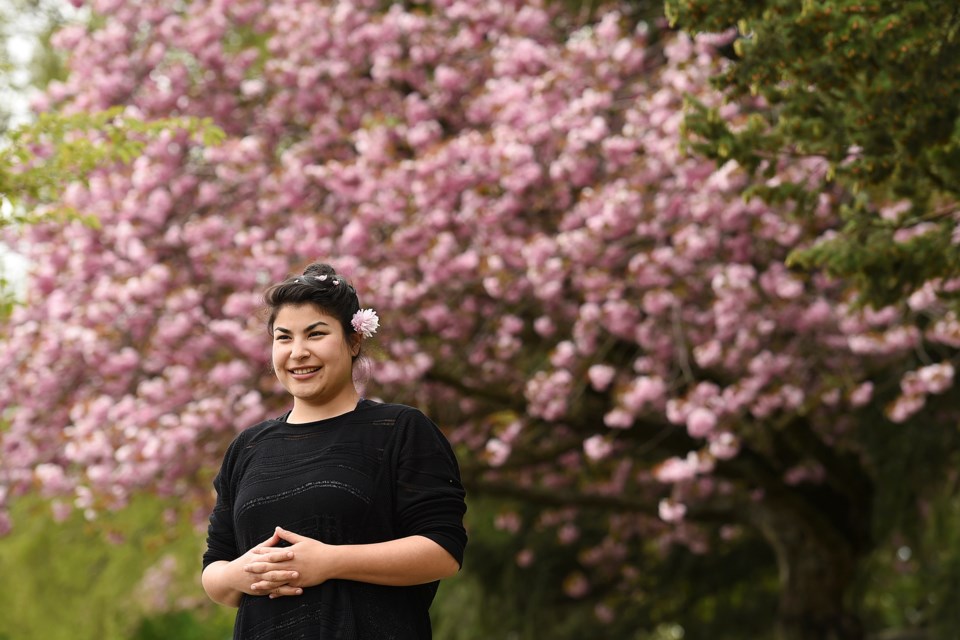 Carmel Tanaka proudly calls herself Jewpanese. She bears the genealogical distinction of having maternal grandparents who survived the Holocaust and paternal grandparents who lost everything to a Canadian government that confiscated the possessions of Japanese-Canadians and interned them in camps during the Second World War. Photo Dan Toulgoet

The eight-day Jewish holiday of Passover, which ends Saturday night, commemorates the Hebrew people’s escape from slavery in Pharaoh’s Egypt. It is a celebration of redemption and freedom, with an important lesson about treating the “other” respectfully, with the book of Exodus exhorting: “And you shall not mistreat a stranger, nor shall you oppress him, for you were strangers in the land of Egypt.”

The Jewish people would subsequently become strangers in many lands. For nearly 2,000 years, until 1948, there was no Jewish state. Still, partly because of devotion to the written scriptures and a tenacious dedication to tradition, the Jewish people remained cohesive, if diverse, having migrated to every continent.

In just the past several decades, though, social change has seen an increase in intermarriage. As well, a decline in anti-Semitism and a loosening of old strictures has resulted in more people choosing to convert to Judaism. This has created a number of people who identify as Jewish and something else, such as my friend Carmel Tanaka, who proudly calls herself Jewpanese. She bears the genealogical distinction of having maternal grandparents who survived the Holocaust and paternal grandparents who lost everything, including a prosperous fishing and cannery business on the north coast, to a Canadian government that confiscated the possessions of Japanese-Canadians and interned them in camps during the Second World War.

Her mother was born in Israel to parents who had met in a displaced persons camp after the Holocaust. Her father was a third-generation Japanese-Canadian on an exchange from UBC school of architecture to an institution in Israel when the couple met.
Tanaka’s safda, her Jewish grandmother, and her baachan, her Japanese grandmother, had a special connection, even though they could not communicate through language.

“I guess the true sign of camaraderie or understanding of what each family had gone through, the Shoah, the Holocaust, on the one side of the family, and then the internment of the Japanese on the other, was that my baachan had asked my safda if it was OK that she get cremated when she departs this world in my safda’s crocheted shawl that she had gifted her,” says Tanaka.

Cultural fusion was evident when Tanaka was growing up, with sticky rice and chicken soup always on hand.

“On Rosh Hashanah, the Jewish new year, it’s traditional to make fish,” she says. “In our family, we do salmon teriyaki. We’re on the West Coast and salmon is good and we do teriyaki because it just tastes better.”

With a Jewish mother and a Buddhist father, Tanaka was not pushed to follow any tradition. The 20-something is about to embark on extensive travels where she says she’ll get her “Eat, Pray, Love” on, but if she doesn’t find a spiritual niche, that’s fine too. She’d be happy to end up a JuBu, a common enough contraction for a person of Jewish heritage who embraces Buddhism.

Sam Chang took a different path. Originally from Western China, Chang converted to Judaism with a Reform rabbi while a law student in Illinois. He is now pursuing an Orthodox conversion in Vancouver, where he came to study at UBC. He wears a kippa, the traditional Jewish man’s head-covering.

But Chang believes his conversion may be less a break with family history than a reconnection. His hometown in on the Silk Road, through which many from Europe and the Middle East travelled during the Middle Ages. He knows some of his father’s ancestors were from Persia and some unusual (for the location) traditions carried on until his grandfather’s era.

“We don’t eat pork in my father’s family,” he says. This is not odd in the Western region of China, where most of China’s Muslims live, but his family is not Muslim, Chang says. More curious, he says, is that most Chinese steam pastries, while his family bakes, including a braided bread resembling the Jewish ritual egg loaf called challah. His grandfather also used to light candles on the Chinese holidays, a tradition more Jewish than Chinese. In the end, Chang says, he can’t be sure if he has Jewish ancestry. But he was drawn to Judaism in part during his law studies, because Jewish tradition is centred on legal interpretations of the Torah, set out in voluminous disputation in the Talmud, perhaps the world’s longest-running law journal.

But Chang is not the only Chinese-Jewish hybrid I know. Since childhood, Jamie Hsu (pronounced “shoe”) has been known by the rhyming descriptor “the Chinese Jew.” His father’s family fled the communist revolution and came to Canada when Hsu’s father was two. His mother grew up Jewish in Toronto. Hsu was raised Jewish, while most of his Chinese cousins are Christian.

He doesn’t mind the moniker “Jamie Hsu, the Chinese Jew,” but thinks it may oversimplify who he is.

“I think rather than being a Jew who happens to be Chinese or Chinese person who happens to be Jewish, I think it’s more of a synthesis of the two and there’s elements of both that combined to make me, rather than just one being a characteristic of the other defining feature,” he says. “I’m Jamie Hsu, period.”

The synthesis is a comfortable one, he says.

He has fun upending people’s expectations.

“I remember in undergrad, living in residence, I was a lot of people’s ‘first Jew,’” he says.

When people find out he is Chinese and Jewish, Hsu jokes, “I think they’re a little disappointed I’m not a Hasidic-looking version of Jackie Chan.”

Passover reminds Jewish people to be respectful of human diversity. For more than a few who identify as both Jewish and something else, that diversity is inescapable and inherent to who they are.