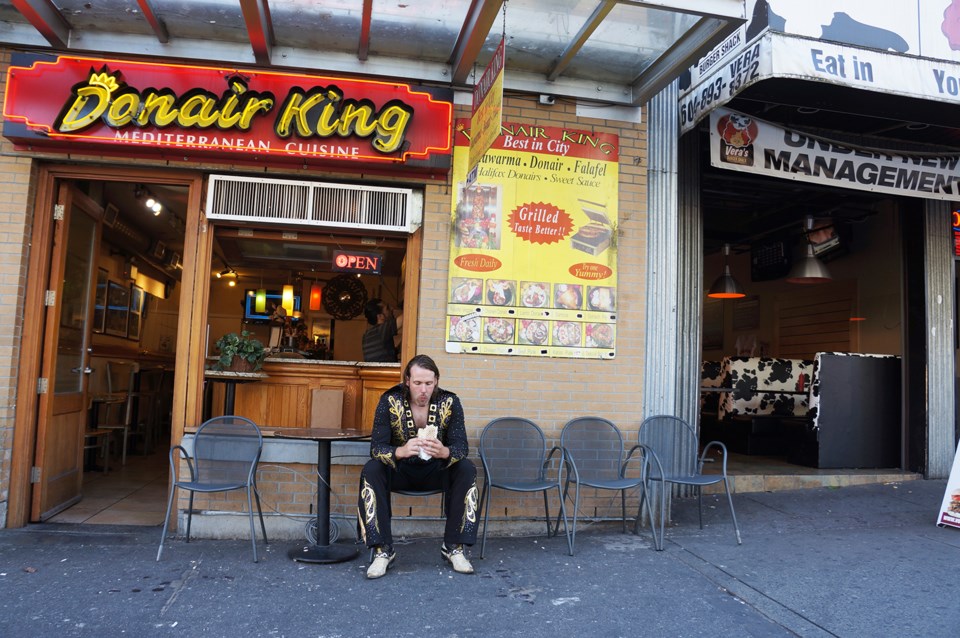 Pro wrestler the Honky Tonk Kid took viewers on a journey through the West End in search of the best donair he's ever eaten.Michael Kissinger

In the initial planning of our Vancouver Special neighbourhood series, I volunteered, or perhaps was strongly coerced by my editor, to make a video for each neighbourhood we covered.

The criteria was wide-open — it could be a person, an issue, a business — as long as it was interesting, if not unusual, and captured a slice of life or flavour of the neighbourood. For the videos, I tended to favour an element of quirkiness and preferred to let the subjects do the talking.

By far the most watched video in the series was on Musqeaum hip hop artist Christie Lee Charles, who even freestyled for the camera.

Another favourite was the Vancouver Rabbit Agility Club. Ringleader Olga Betts set up an obstacle course in her Dunbar front yard and put her leaping lapins through their paces for me. “They’re like little horses,” she said.

And of course, I have to mention the time I spent with pro wrestler the Honky Tonk Kid who dressed up in full wrestling regalia and took me through the West End in search of the best donair he’s ever eaten. In the end it was a journey of self-discovery, plus it inspired the gem of a headline “Fresh Prince of Donair.”