Park board commissioners defer debate on ‘VanSplash’ recommendations until early next year
Dec 14, 2017 9:46 AM By: Jessica Kerr 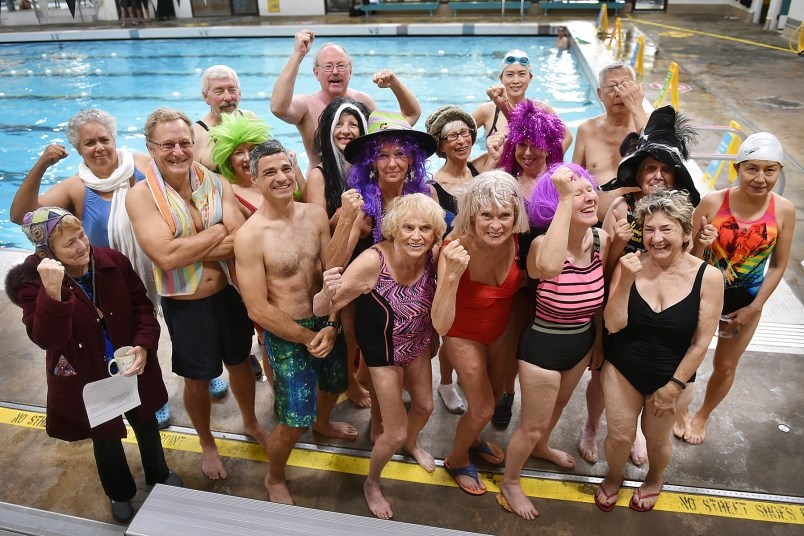 It took almost 10 hours over two days but park board commissioners heard from close to 50 residents on the proposed long-term plan for the city’s pools, beaches and other aquatic amenities.

On Monday night park board staff presented the VanSplash proposal — which lays out a plan for the future of Vancouver’s indoor and outdoor pools, wading pools, spray parks and beaches, and other aquatic attractions. The proposed plan, which park board commissioners will debate next month, includes a variety of elements: a destination natural outdoor pool along the Fraser River; a harbour deck in a prominent location; a new, larger pool at Britannia; a new destination pool at Connaught Park; an outdoor pool in South Vancouver, with Marpole and Killarney community centres as possible locations; as well as upgrading or replacing changing rooms, concession stands and food services at beaches.

In a previous version of the plan, Lord Byng and Templeton pools were slated for demolition. They were to be replaced by new, larger destination pools at Connaught Park and Britannia Community Centre. The recommendations were revised for the final report. The revised recommendations keep the pools open pending a review of the impacts of the new pools and consultation with pool users, the community and key stakeholders.

Supporters of the two pools came out in force, lobbying the board to commit to keeping the pools open. The meeting had to be extended to a second night to allow everyone that signed up to speak to have their say.

Jason McGarry, a Templeton pool user and a member of the Hastings Community Association, told commissioners he would like to see stronger wording around keeping the two pools open.

He and many others spoke about the unique sense of community that is fostered at the smaller pools and stressed how they are safer and more easily accessible for seniors and those with disabilities.

According to information provided by the park board, the pools at Templeton and Lord Byng, as well as pools at Vancouver Aquatic Centre, Kerrisdale, Britannia, are nearing the end of their lifespan, are the least used, least efficient and require the most investment to operate. These pools make up 34 per cent of all visits to indoor pools. Conversely, the city’s newest and renovated pools — Renfrew, Killarney and Hillcrest — are the best utilized and the most “financially efficient.”

Several speakers questioned some of the report’s conclusions based on feedback gathered during two rounds of public consultation, noting that a significant portion of respondents indicated that they would use indoor pools more frequently if there were improvements to existing pools near home or work but one of the recommendations is to “move away from a predominately neighbourhood scale pool system and deliver a greater diversity of aquatic experiences at larger community and destination scale facilities.”

Many speakers mentioned that they had no idea that the board was conducting public consultation on the future of pools and aquatic facilities in the city.

Margery Duda of the Vancouver Society for Promotion of Outdoor Pools said the group was not invited to any of the focus groups with stakeholders. The city has lost four outdoor swimming pools over the years and, she said, the report recommendations do not adequately address replacing them in the near future.

“An outdoor pool of a yet undescribed size and scope may be built when a new Marpole Community Centre is eventually built, some years away from now,” Duda said in an email to the Courier.

“One Hillcrest-like destination pool in Kitsilano will not fill the service gap left by the closure of community indoor swimming pools, and one small outdoor leisure play pool will not replace the four lost outdoor swimming pools,” she said. “The consultants have not adapted to the trends expressed by aquatic users who simply do not love swimming at the large destination pools… Vancouver needs more pools, now, not fewer.”

After extending the meeting to 11:30 p.m. Tuesday to hear from all the speakers, park board commissioners voted to recess the meeting and refer discussion and debate of the recommendations to the first meeting of the new year on Jan. 15.

The board will convene Dec. 19 for its last meeting of 2017 where commissioners will elect a new chair and vice chair.